The WNBA unveiled new jersey designs for their 25th season. 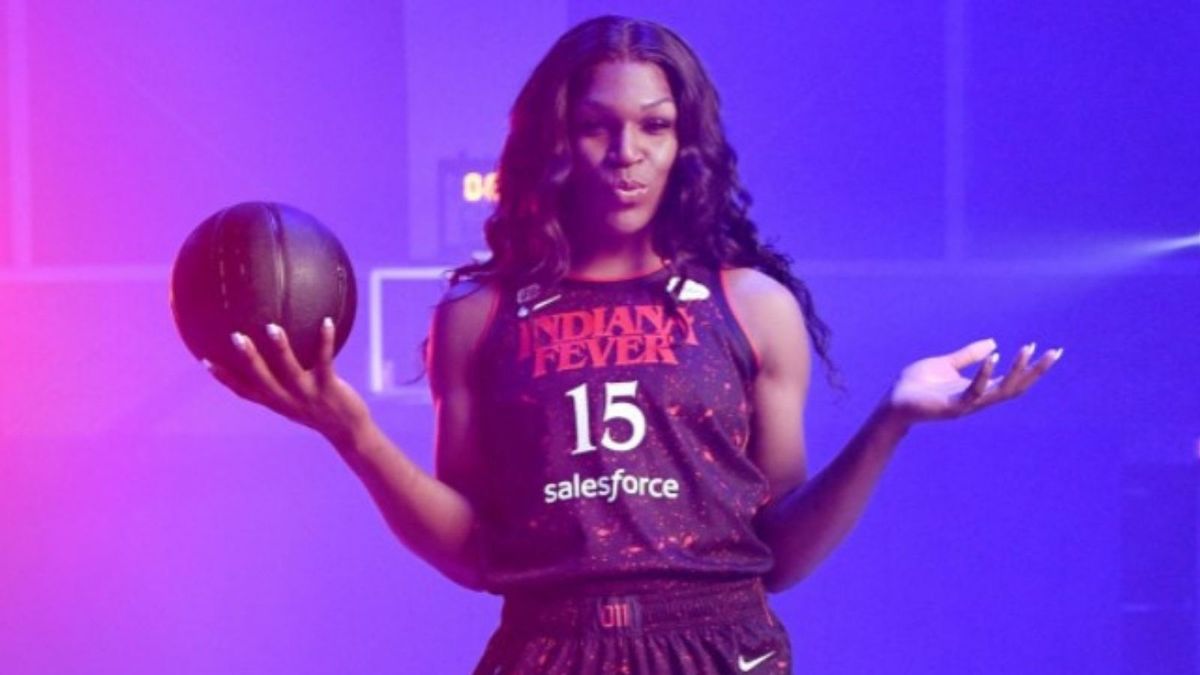 On April 8, 2021, a photograph started circulating on social media that supposedly showed a new jersey for the WNBA team Indiana Fever that had been inspired by the sci-fi show "Stranger Things." This is an official WNBA jersey for the Indiana Fever and the design truly pays homage to the hit sci-fi show "Stranger Things."

The WNBA unveiled new jerseys for all 12 teams in the league ahead of their 25th season. ESPN reported these new jerseys have "city-specific flourishes" to make them unique for each team:

Glass ceilings and the Space Needle, the 19th Amendment and "Equality." As part of the WNBA's 25th anniversary season in 2021, players will wear new Nike jerseys with individual messages and city-specific flourishes for each of the 12 teams.

All of the jerseys have a 1/144 notation to represent the number of players in the WNBA. Front numbers have returned. And for the first time since 2015, white jerseys will be back in the WNBA. Previous uniforms had followed a template with only different colorways and sponsorships to distinguish them. The 2021 uniforms will include unique fonts, patterns (hello, pinstripes!) and symbols.

The Fever wrote on their website that two of their jerseys (the heroine and explorer editions) took inspiration from the "Lady Victory" statue atop the Soldiers & Sailors monument in Indianapolis, while the "Rebel Edition" jersey was inspired by "Stranger Things," a sci-fi show that takes place in the fictional town of Hawkins, Indiana.

The Fever wrote: "A rebel is unapologetic and irreverent. Someone who rises in opposition and isn't afraid to take on a challenge. Inspired by Netflix's Stranger Things (a series set in Hawkins, Indiana) the rebel takes the upside down and pits it onto a jersey. The darker tone and jersey details embody the power of a mage ready for combat."

In a video unveiling the jersey, the Fever's Teaira McCowan can be seen entering Bankers Life Fieldhouse to face off against a "Demogorgon" as the "Strange Things" theme music plays in the background: