Is this a Photograph of a Large Storm Over Sydney? 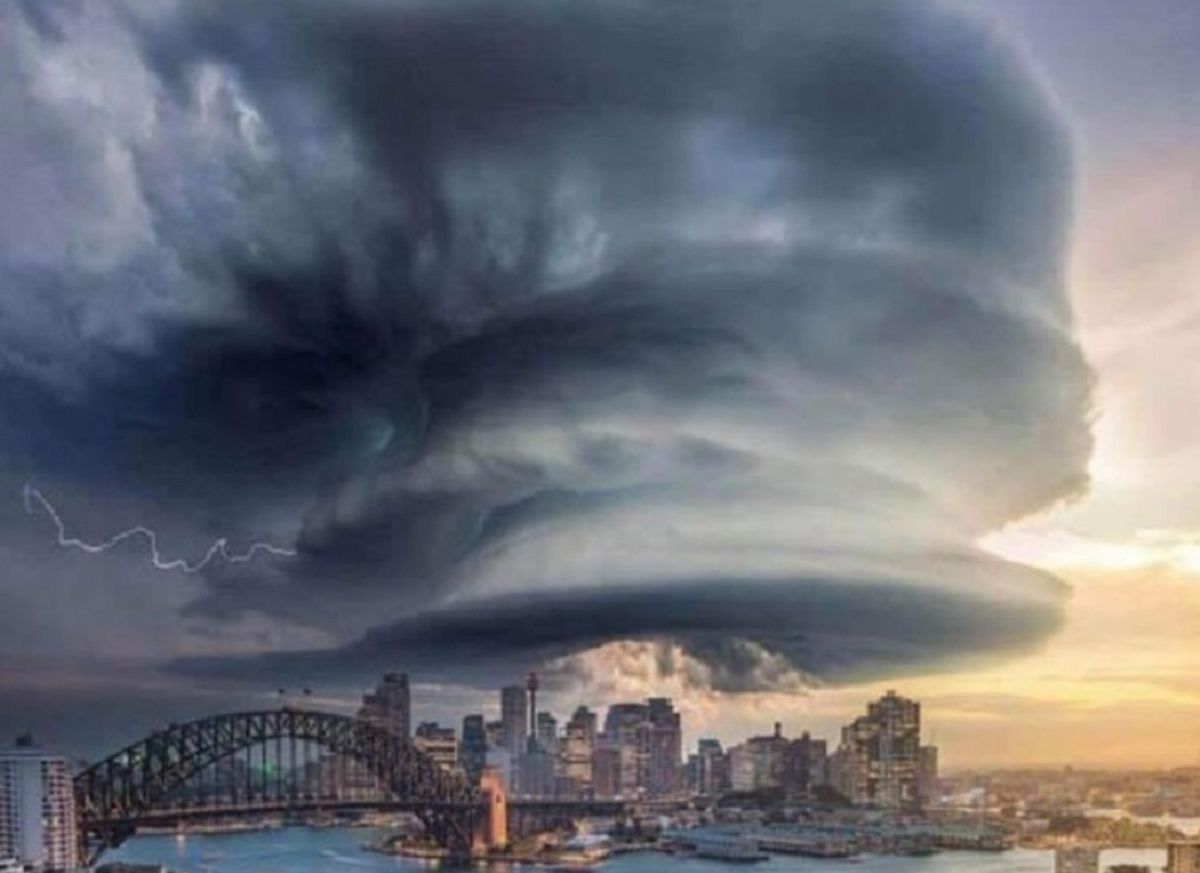 An image supposedly capturing a large storm looming over Sydney, Australia, racked up thousands of views as it was passed around on Facebook in March 2019: This is not a genuine photograph of a storm over Sydney, but rather a composite of at least two different images.

The photograph of the Sydney cityscape was taken by photographer Rudy Blasko and shared to his Instagram page in April 2017. The original image depicted Sydney's Lavender Bay at sunset, not during a major storm:

The storm clouds in this viral picture appear to be a distorted version of a photograph available via Adobe Stock, which supposedly shows a supercell that formed in Colorado in 2013. The original cloud photograph was flipped and stretched before it was inserted into the viral image.

We're not entirely certain that the original photograph captured a genuine storm (the image is available on various stock photo websites with varying information), but supercell clouds are certainly real. Here's how NASA described these alien-looking cloud formations when describing a similar photograph taken in Montana in 2010:

Is that a spaceship or a cloud? Although it may seem like an alien mothership, it's actually a impressive thunderstorm cloud called a supercell. Such colossal storm systems center on mesocyclones -- rotating updrafts that can span several kilometers and deliver torrential rain and high winds including tornadoes. Jagged sculptured clouds adorn the supercell's edge, while wind swept dust and rain dominate the center.

The following collage shows the two original images (left) and the doctored photograph (right). We rotated and stretched the cloud image to better match the edited "Stormy Over Sydney" photograph: