Did Agents Confiscate 3,000 US Stimulus Checks at the Border? 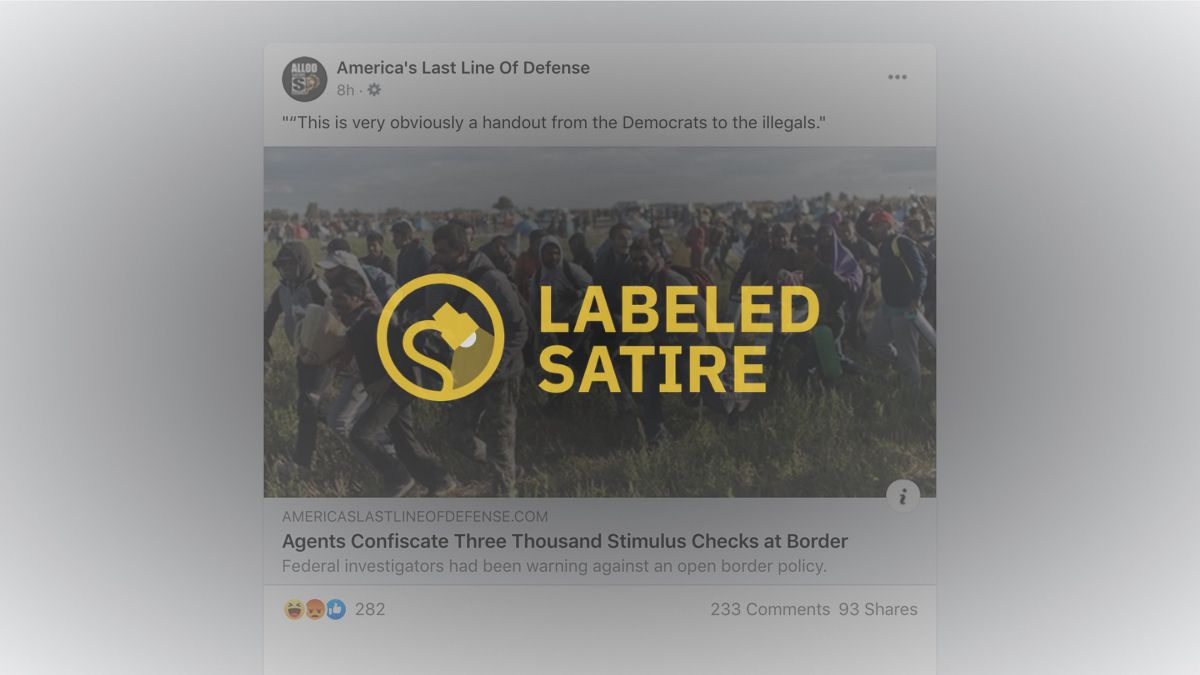 Agents confiscated three thousands stimulus checks at the border, said a website that labels its content as satire.

On April 5, 2021, a story with the following headline was shared on Facebook: "Agents Confiscate Three Thousand Stimulus Checks at Border." The story appeared to lay the blame for the purported incident on U.S. President Joe Biden's administration:

Many concerned American citizens have taken issue with the Joe Biden administration’s “open border” policy. While hundreds of undocumented refugees pour in every day looking for work and our women, the economy is also taking a hit, driving wage scales up and threatening to bankrupt our welfare programs worse than a Donald Trump-backed penis enlargement business.

It seems that this week, the lefty bleeding hearts will have a lot of ‘splaining to do, after the announcement that immigration agents recently seized several hidden shipping containers along the Texas border with Las Nalgas, Mexico, containing nearly three thousand stimulus checks, each signed by the President for $1400.

Investigators believe that the checks may have been issued in error through some incompetence in the system, which would of course, be the fault of Joe Biden. Other authorities cite that criminal elements within the foreigners have a source inside the American financial system. More intelligent researchers claim the entire story is fiction, invented by some schlub on an internet satire page.

The story later ended with: "And the border isn’t 'open,' you reactionary racist idiots. You sound obnoxiously stupid."

This item was not a factual recounting of real-life events. Further, the thumbnail picture for the story did not appear to be captured in North America.

The story originated with a Facebook page and website that describes its output as being humorous or satirical in nature, as follows: