The measure of a man cannot exactly be gleaned ... from this photograph. 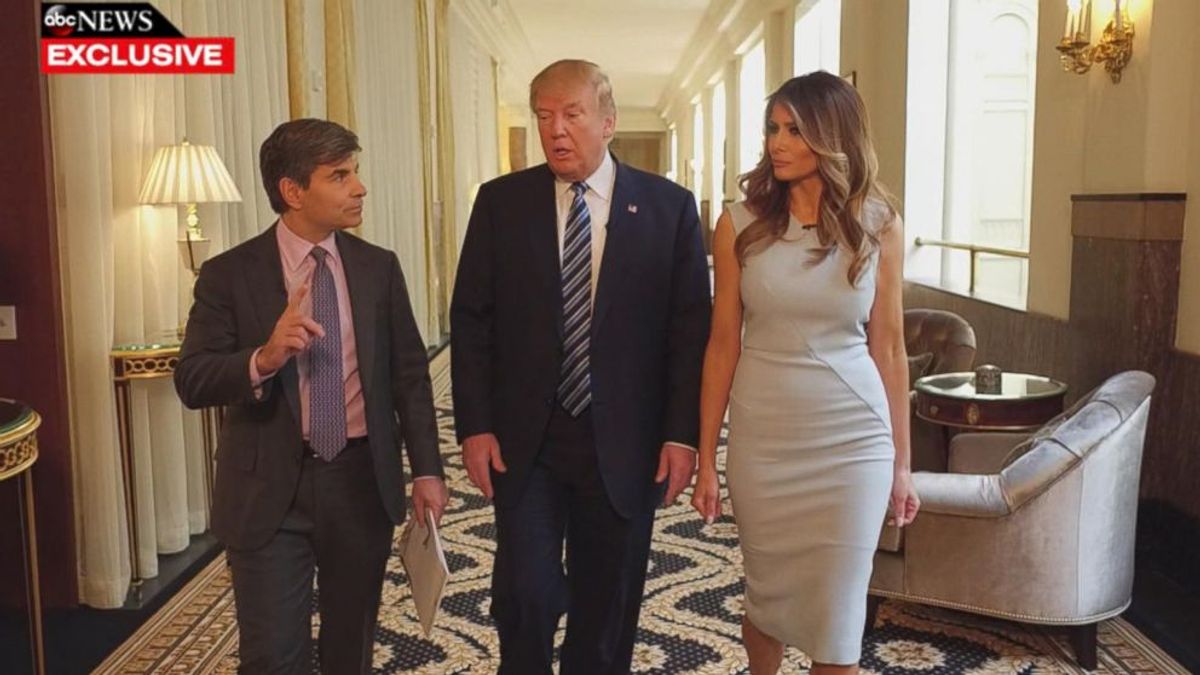 In June 2019, reporter George Stephanopoulos interviewed U.S. President Donald Trump for over 30 hours on a wide range of subjects for a special ABC News report. As clips from this interview started to circulate on social media, so did an old, doctored photograph that supposedly showed a major height discrepancy between the news reporter and the president: This is not a genuine image of Stephanopoulos, the president, and First Lady Melania Trump. This picture was digitally manipulated to make Stephanopoulos appear shorter and the Trumps to appear taller.

The doctored image has been circulating since at least 2017, when it was shared on the r/The_Donald section of Reddit along with the caption "You look so cute down there Little George Stephanopoulos."

George Stephanopoulos is reportedly 5-foot-5, whereas President Trump checks in at 6-foot-3. While a height discrepancy certainly exists between these two men, it is not nearly as pronounced as depicted in this doctored photograph.

The source for this image came from an October 2016 interview conducted for Good Morning America. Here's the original still from the interview:

And here's a side-by-side look at the original source image (left) and the viral doctored photograph (right):

Video of this moment can be viewed on ABCnews.Go.com.