Fake tweets and bad reporting left many NBA fans worried that Golden State Warriors star Steph Curry had been suspended from Game 7 of the NBA Finals. 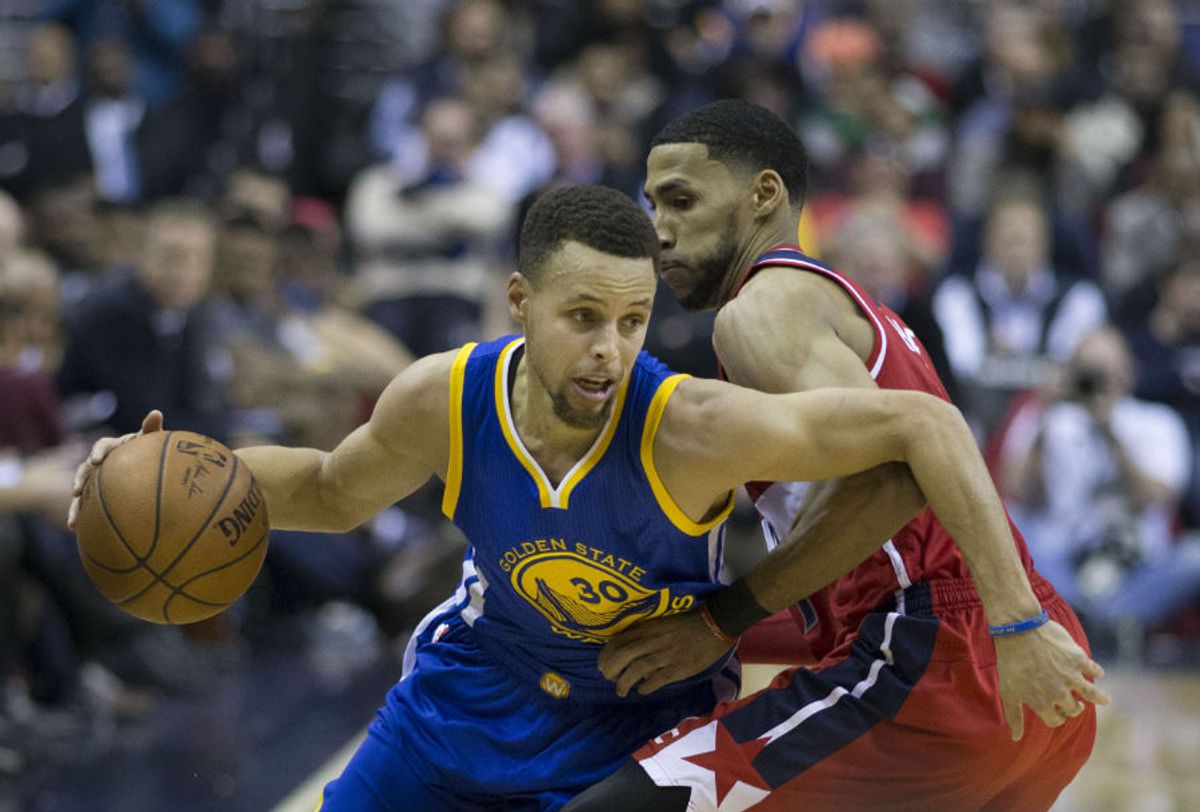 Claim:
Steph Curry was suspended from game 7 of the 2016 NBA Finals.
Rating:

As Game 6 of the NBA Finals (won by the Cleveland Cavaliers) wound to a close on 16 June 2016, Golden State Warriors star Steph Curry fouled out of the game, lost his temper, and threw his mouth guard into the stands, hitting an unsuspecting fan:

Almost immediately after Curry's on court temper tantrum, rumors started flying that the reigning league MVP would be suspended from the remainder of the playoffs (i.e., the crucial championship-deciding seventh game). While most of these rumors were just expressions speculation, a few trolls utilized fake Twitter accounts to seize upon the uncertainty of Curry's situation and dupe unsuspecting NBA fans: NBA fans were also misled in believing that Curry had been suspended through bad reporting. The blog News Wire Ja,  for instance, published a story under the title "NBA Announces Stephen Curry Suspended for Game 7 Following Game 6 Ejection." While the actual article stated that Steph Curry could  be suspended, the inaccurate headline was widely shared on Facebook.

In fact, the NBA announced on 17 June 2016 that the Warrior Steph Curry (along with head coach Steve Kerr) would be fined for the Game 6 incident but not suspended.