Did Steelers Coach Mike Tomlin 'Rip' Alejandro Villanueva For Not Protesting During the National Anthem?

Some web sites published erroneous claims that the coach criticized the U.S. Army veteran for standing during the anthem. 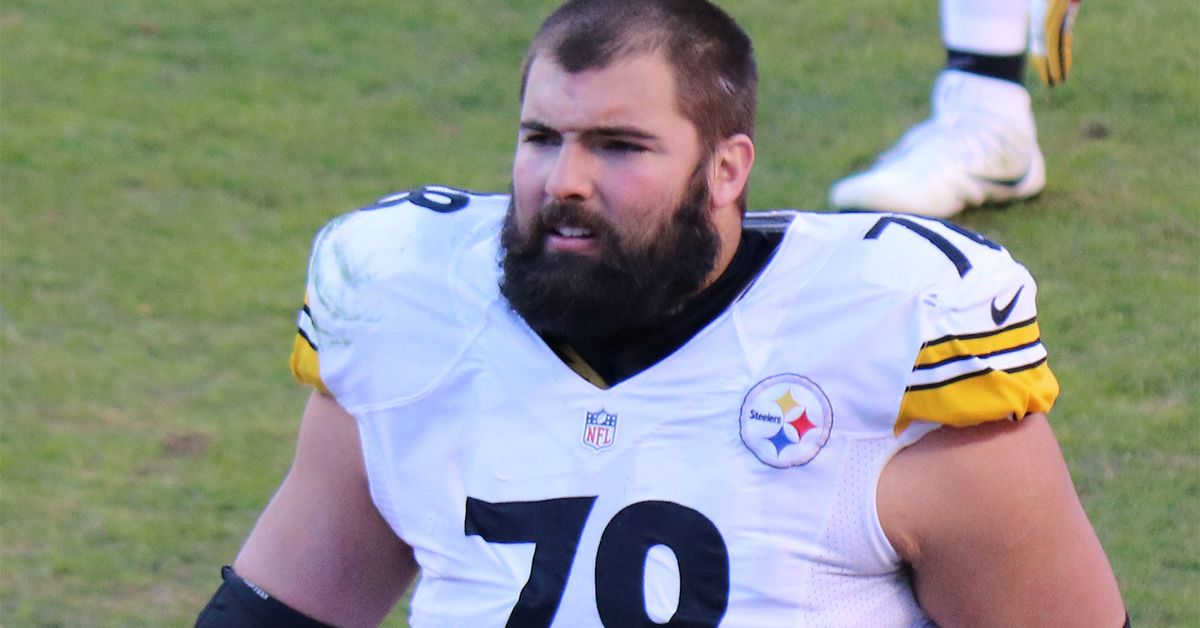 Claim:
Pittsburgh Steelers coach Mike Tomlin "ripped" one of his players, Alejandro Villanueva, for standing near the sidelines during the playing of the national anthem before an NFL game.
Rating: While Tomlin and the rest of the team stayed in the locker room during the national anthem before playing the Chicago Bears that day, Villanueva — a United States Army veteran who served three tours of duty in Afghanistan — stood outside the tunnel leading onto the field at Soldier Field in Chicago.

During his press conference after the Steelers' loss, Tomlin said that his players decided not to appear for the anthem after discussing whether the team would respond to insults thrown at both the National Football League and former San Francisco quarterback Colin Kaepernick by United States President Donald Trump. Trump had said that NFL owners should respond to Kaepernick and other players protesting extrajudicial killings on the part of police by saying, "Get that son of a bitch off the field right now, he's fired. He's fired."

Tomlin said that it was the team's decision, not his, to not appear on the field during the national anthem:

Like most teams in the National Football League we didn't ask for this. This was placed upon us by circumstance. I heard rumblings of guys talking during the course of the day yesterday. My contention was that we would not allow politics to divide us. We're football players. We're a football team. If any of them felt like something needed to be done I asked those guys to discuss it. And whatever they discussed, that we have 100 percent participation or we do nothing. They discussed it for an appropriate length of time. They couldn't come to an understanding, so they chose to remove themselves from it. They were not going to be disrespectful in the anthem.

So they chose not to participate, but at the same time, many of them were not going to accept the words of the president. So we decided to sit it out, to not take the field. To remove ourselves from it, to focus on playing football. So those were our intentions.

When a reporter pointed out that Villanueva was out of the tunnel during the anthem, Tomlin said:

Like I said, I was looking for 100 percent participation. We were gonna be respectful of our football team. Man, these are divisive times in the United States, and it's a shame but it is. But we're not politicians. We're coaches and professional athletes. If those of us individuals choose to, you know, choose to participate in politics in some way I'm supportive of that. But when we come out of locker rooms, man, we come out of locker rooms to play football games. And to be quite honest with you, man, I didn't appreciate our football team being drug [sic] into politics this weekend. And I'm sure that that's a global perspective. But we're blessed to do this for a living and so with that blessing comes responsibility. We understand that. We understand that we're given a platform that's a unique one. Many of us are called to maybe do things that we wouldn't usually do because of that platform, where people apply pressure to us to do things because of that platform. And the bottom line is, we chose not to play ball today in that regard. Maybe we will. But today we just said "no."

The statement did not criticize or condemn Villanueva's actions, contrary to claims reported online. Photographs of Villanueva showed other team members standing in the tunnel behind him. On 25 September 2017, Villanueva said that he asked one of the team's captains, quarterback Ben Roethlisberger, if he could watch the anthem from the tunnel rather than remaining in the locker room:

He agreed, and said the captains would be right out there behind me. So this plan sort of morphed to accommodate this tough moral dilemma that I had on my hands to where the players could be behind me in the tunnel. Ben Roethlisberger said, "At [12]:56 make sure you're out there 'cause the national anthem's gonna start at 12:57. I walked out at 12:56, I asked one of the security guards when the national anthem was gonna start. He said, "Twenty seconds." So I just walked out and stopped as soon as I saw the flag. As soon as I saw a vantage point, that to me was enough.

There was a flag that was coming in from one of the previous celebrations and when I turned around to sort of, you know, signal everybody else to come in so that they wouldn't leave me alone they were essentially unable to exit. So at that moment it was the decision of, do you walk out of the national anthem and join your teammates? I know that would've looked extremely bad — or as a team do you start moving halfway through the national anthem? Essentially what we can get out of this is that we butchered our plan to sort of have a response for the national anthem and respect everyone's opinions.

According to Villanueva, he only told the team captains about his idea, meaning that his other teammates did not have an opportunity to join him outside the tunnel.

That was the very embarrassing part on my end of what transpired: everybody sees an image of me standing by myself. Everybody thinks that the team, the Steelers, are not behind me. That's absolutely wrong; it's quite the opposite.

In a separate press conference on 26 September 2017, Tomlin expressed solidarity with Villanueva:

I don't know why Villanueva was apologizing. He had nothing to apologize for. I guess he just feels like he brought this upon us, and that's a shame.

Kaepernick originated the protests prior to the 2016 regular season, originally sitting on the bench during the anthem. Former Seattle Seahawks player Nate Boyer — a veteran of the U.S. Army Special Forces —said in September 2016 that after discussing the issue with the quarterback, Kaepernick agreed to carry out his silent demonstration by kneeling:

We sorta came to a middle ground where he would take a knee alongside his teammate. Soldiers take a knee in front of a fallen brother's grave, you know, to show respect. When we're on a patrol, you know, and we go into a security halt, we take a knee, and we pull security.

Brinson, Will. "Here's How Nate Boyer Got Colin Kaepernick To Go From Sitting to Kneeling." CBS Sports. 27 September 2016.

Sandritter, Mark. "A Timeline of Colin Kaepernick’s National Anthem Protest and The Athletes Who Joined Him." SB Nation. 25 September 2017.