Was the Statue of Liberty Originally a Different Color?

Copper-oxidation reactions can produce a natural patina on surfaces that significantly changes their colors. 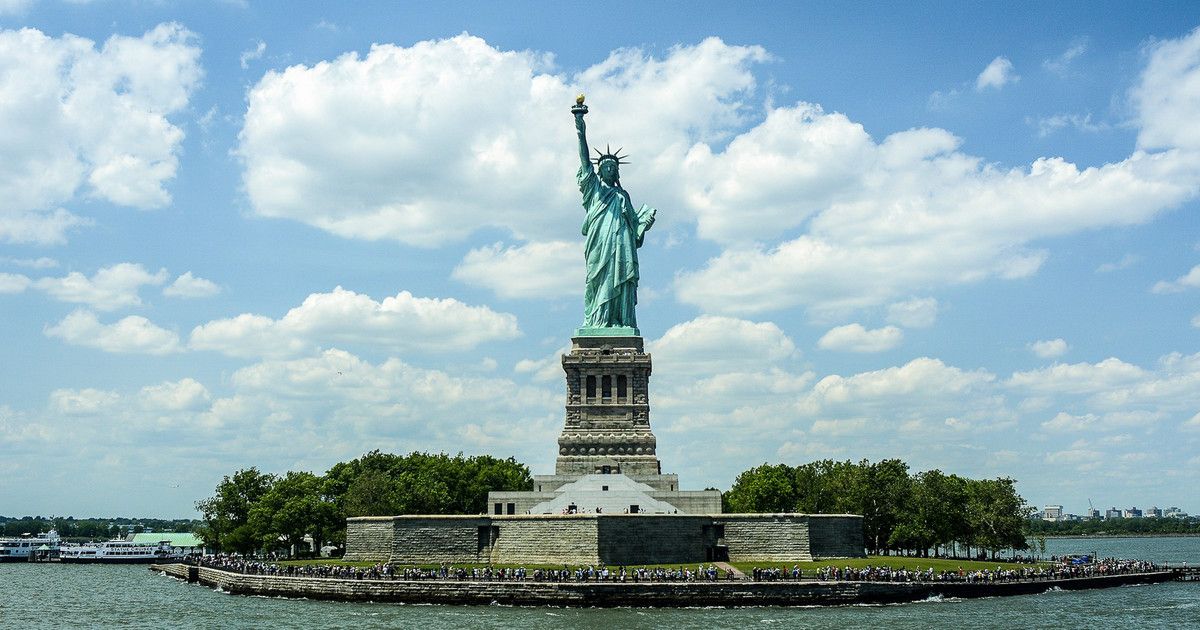 Claim:
The Statue of Liberty was made with copper and changed color via oxidation after it was constructed.
Rating:

Memes or clickbait articles that claim to show color pictures of the Statue of Liberty as it existed when it was first constructed (in the pre-color photography era of 1886) are typically artificially colorized: However, it is both historically and scientifically accurate to say that the current color of Lady Liberty was not her original color, and that oxidation reactions are responsible for her current greenish appearance.

The Statue of Liberty was constructed by shaping sheets of copper no thicker than two U.S. pennies onto metal scaffolding. Unsurprisingly, the statue was copper-colored (a dull brown) when it was first unveiled to the public on 28 October 1886 as "Liberty Enlightening the World."

Copper, however, is a mildly reactive element, and over long periods of time it will react very slowly with oxygen and other chemicals in the air. Through a series of oxidation reactions, a thin, green-blue layer known as a “patina” forms over copper as it is exposed to air. Not only did this process impart a markedly different color than the original to the Statue of Liberty over the years, but it has also served as a natural protective layer against further corrosion.

The changing color of the statue prompted news reports early on. A 19 July 1906 wire story appearing in the Buffalo Evening News, for example, discussed the possibility of a new paint job for the statue, as officials feared the green discoloration spreading across the statue was a similar (but physically destructive) substance known as verdigris: A year later, however, the New York Times published an article indicating that officials had embraced the statue's now-green coloration and rejected calls to physically abrade it away: “Those who have feared that the green-ish coat which time and the elements have left upon the Statue of Liberty is to be removed with sand and brush need no longer fear,” the Times stated. “It is not the intention of the engineers of the War Department ... to remove the patina which has softened the outlines of the statue and made it beautiful.”