Does This Starbucks Drink 'Stop' Your Metabolism?

If that were the case, we're not sure Starbucks would be allowed to sell that drink anymore. 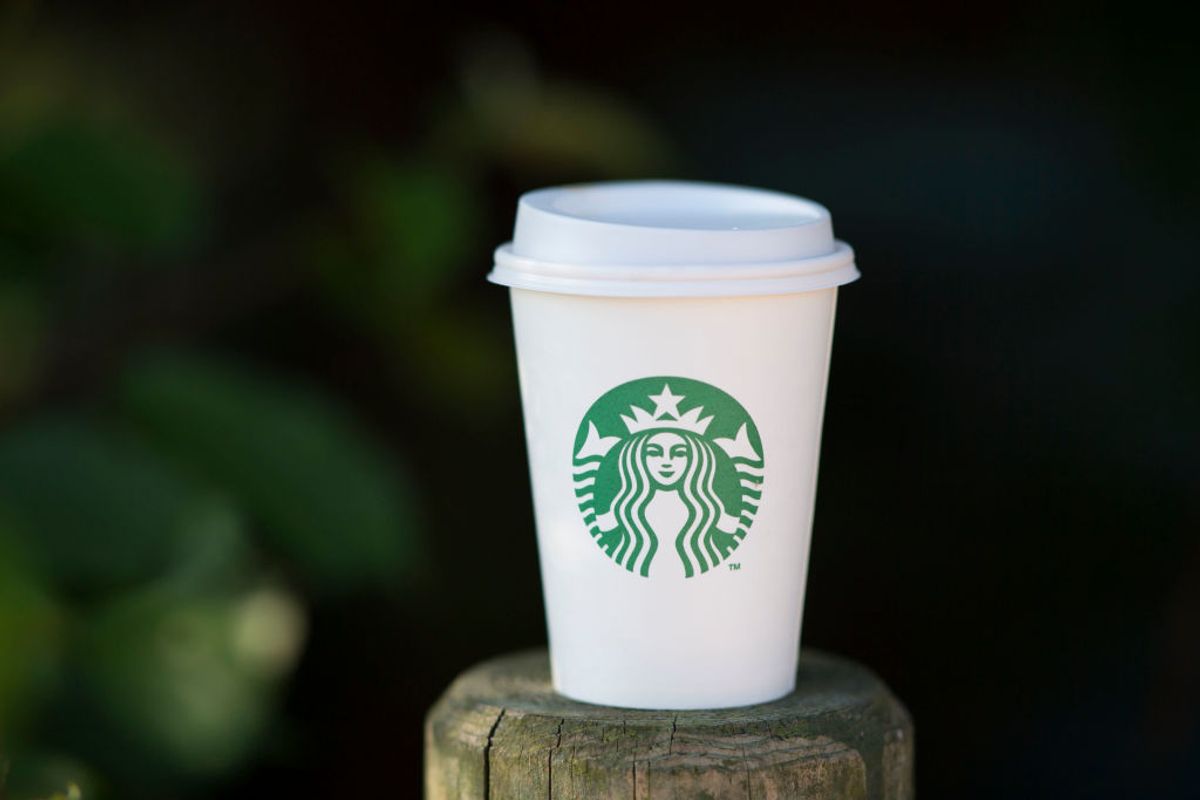 CARDIFF, UNITED KINGDOM - MAY 26: A Starbucks coffee cup seen on May 26, 2017 in Cardiff, United Kingdom. (Photo by Matthew Horwood/Getty Images)

As the holiday season inched closer in 2020, Starbucks announced in early November that its seasonal food and beverage favorites would once again grace the shelves of stores around the world. Around the same time, one drink — which is available year-round — was rumored to do more to the body than provide a caffeine high.

Online lifestyle publication She Finds published an article on Nov. 10, 2020, titled, "The Shocking Reason You Should Never Order THIS At Starbucks — It Completely Stops Your Metabolism!" The author described the venti caramel macchiato “sugar bomb” as the “worst drink” one can order off of the menu, noting that the sugar content alone is “enough to overwhelm your system and leave you with a severe sugar crash and a slower metabolism.”

A caramel macchiato is a Starbucks espresso drink made with steamed milk, flavored with four pumps of vanilla syrup — whose primary ingredient is sugar — and topped off with a sugary caramel drizzle.

While it is true to say that a venti caramel macchiato is not a healthy treat, per se, it is inaccurate to say that drinking one “completely stops” the metabolism. Metabolism slows with age and certain conditions may inhibit the body's ability to effectively metabolize some foods, but so long as a person is living, their metabolism is working.

Generally speaking, it is advised that most women should intake around 2,000 calories per day, while men should expect to consume around 2,500. According to the nutrition information on Starbucks' website, a 20-ounce caramel macchiato contains 310 calories, 80 of which come from fat. That translates to about 9 grams of total fat and 6 grams of saturated fat.

But the most recent version of the U.S. Dietary Guidelines for Americans recommends that the total fat consumed per day should fall between 20% and 35% of daily calories — and saturated fat should make up 10% or less. Based on a 2,000-calorie-a-day diet, that equates to about 44 to 78 grams of fat and about 22 grams of saturated fat. But contrary to She Finds' warning, that's not even the most sugary or fattening drink at Starbucks. For example, the peppermint hot chocolate clocks in at 440 calories with a whopping 56 grams of sugar and 16 grams of fat, 10 of which are saturated. And that's not taking into account myriad extra fattening or sugary toppings customers can add to any drink.

In short, it is possible for a venti caramel macchiato to contain nearly all or more than the recommended daily intake of fat and almost double the amount of sugar a person should consume in a given day. But that doesn’t necessarily mean that the drink will “stop” a person’s metabolism.

The body requires energy to metabolize food, a concept referred to as the thermic effect of food. However, processed foods like those that have high sugar and fat contents require less energy from the body to digest, so a person who drinks a venti caramel macchiato may be consuming more calories in the form of sugar and fat, but their body is not using as much energy to metabolize them, which can sometimes result in increased body weight and fat gain, according to a 2015 review published in the Journal of Critical Reviews in Clinical Laboratory Sciences.

But it’s not so much that sugar or fat slows the metabolism. Rather, the body does not metabolize them as efficiently as other foods and consuming too much of either can also have negative health impacts. A study published in 2014 in JAMA Internal Medicine found that over the course of 15 years, people who got 17% to 21% of their calories from added sugar were 38% more likely to die from cardiovascular disease when compared to those who consumed 8% of their calories from added sugar.

Snopes contacted Starbucks for comment but did not receive a response at the time of publication. We will update the article accordingly.