Did This Squirrel's Poop Land on Another Squirrel?

This scenario is, in fact, something that could just be made up. 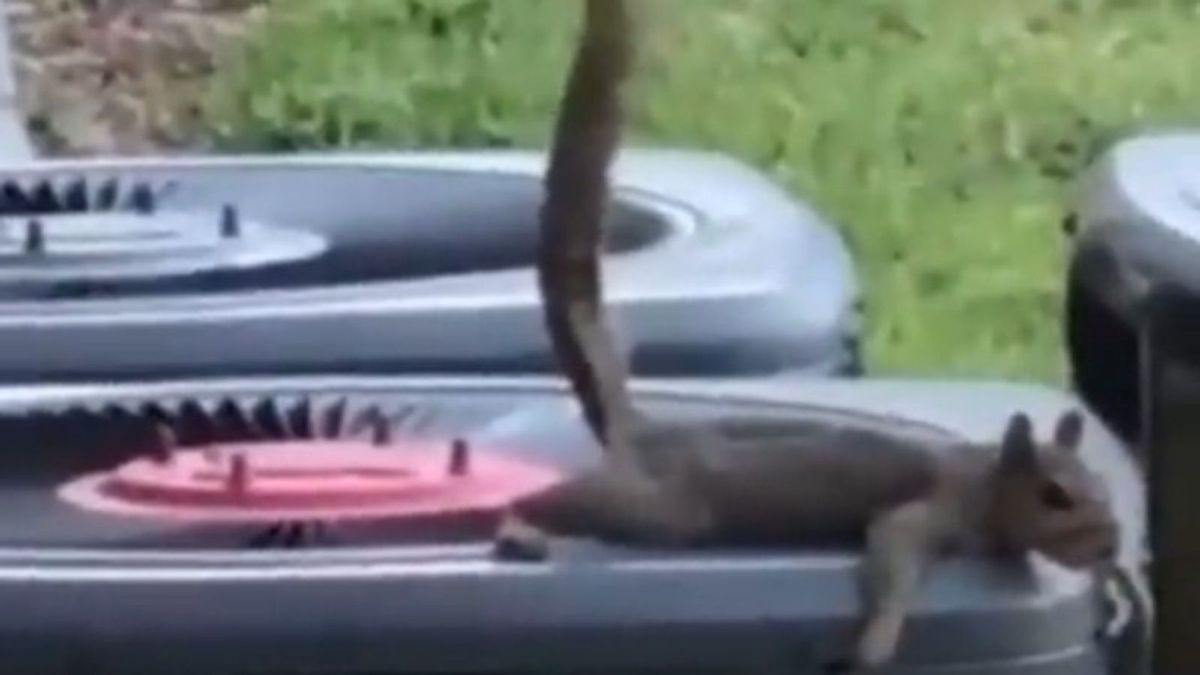 Claim:
A video shows a squirrel defecating on an air conditioner, only for the feces to fly through the air and land on another nearby squirrel.
Rating:

A viral video supposedly showing a squirrel defecating on an air conditioner, only for that piece of feces to fly up into the air and land on another squirrel, racked up more than 2 million views after it was posted on Twitter by "Detective Drip" at the end of October 2021.

This is not a genuine video of a squirrel pooping on another squirrel. This is a digitally edited video.

There are a number of ways to tell that this video is fake. For one, a close examination of this squirrel's poop (something we're surprisingly paid to do) shows that the feces in this video doesn't really resemble oblong pellets that squirrels actually produce during defecation. The farting sound effect, while comical, is also an indication that this video is fake. Many animals really do fart (or expel gas in some manner) but after viewing several squirrel pooping videos (something, again, that is part of this job) we can say that squirrel defecation is largely a silent affair.

The biggest indication that this video is fake, however, comes from locating the original video. The unedited footage was originally shared in July 2020. While that video, titled "Squirrel On A/C Unit," truly showed two squirrels relaxing on an A/C unit, that video did not involve any squirrel poop.

We're not sure who made the squirrel poop edit, but that altered footage has been circulating since at least November 2020.

“#DoesItFart Is the Burning Science Question You Never Knew You Had.” Popular Science, 29 Jan. 2019, https://www.popsci.com/animals-fart-doesitfart-twitter/.

Which Animals Fart? This Google Doc Will Tell You. 17 Jan. 2017, https://www.mentalfloss.com/article/91005/which-animals-fart-google-doc-will-tell-you.