Does a Video Show Disneyland's Splash Mountain Being Evacuated?

Disneyland recently reopened after being closed for more than a year due to the COVID-19 pandemic. 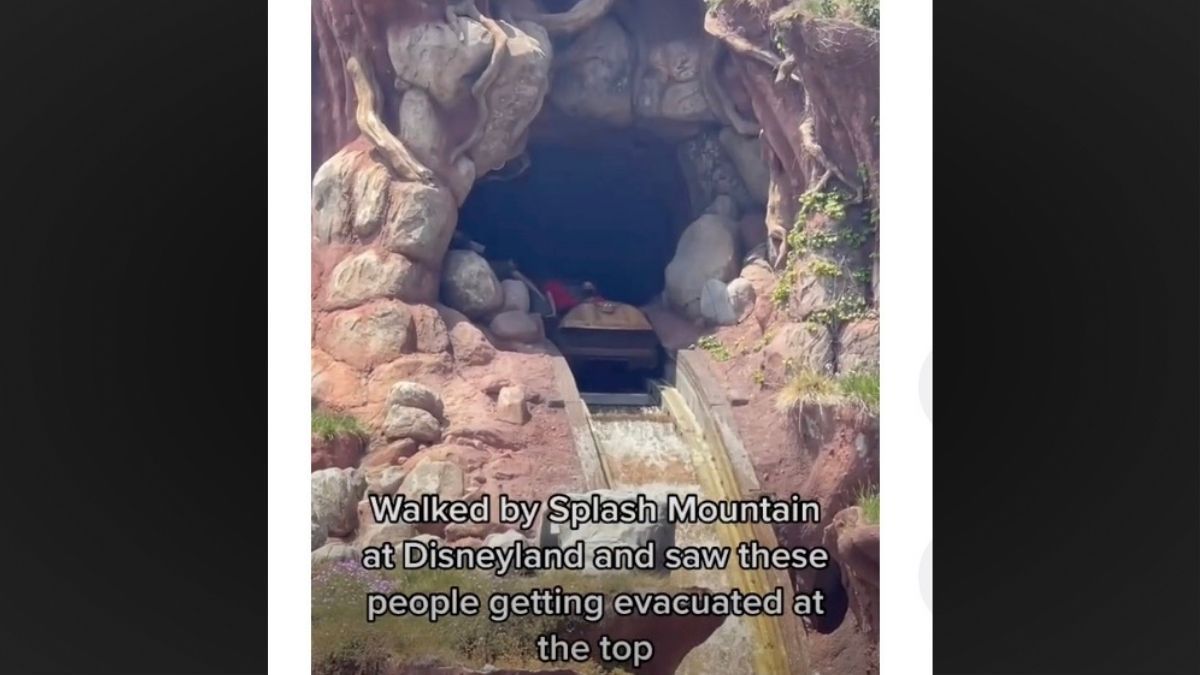 Claim:
A video posted to TikTok shows the Splash Mountain ride at Disneyland being evacuated in early May 2021.
Rating:

In early May 2021, a TikTok user who goes by "Lizzie Makes Magic" posted a video that stated she walked by the Splash Mountain ride in Disneyland and saw guests being evacuated off the ride. The video was posted on May 10.

As of this writing, we have been unable to independently confirm that Splash Mountain at Disneyland in Southern California was evacuated.

We located blog and social media posts indicating that the ride was evacuated several times in years past at different Disney parks (i.e., Magic Kingdom in Florida), but found no posts or news stories from May 2021 reporting an incident on the ride at Disneyland.

Splash Mountain is a log flume ride in Disneyland's Critter Country. The water ride ends in a long drop that often gets guests wet.

Disneyland reopened to the public on April 30, 2021, after being shuttered for more than a year due to the coronavirus pandemic.