Southwest Airlines canceled a large number of flights, but not for the reason some claimed. 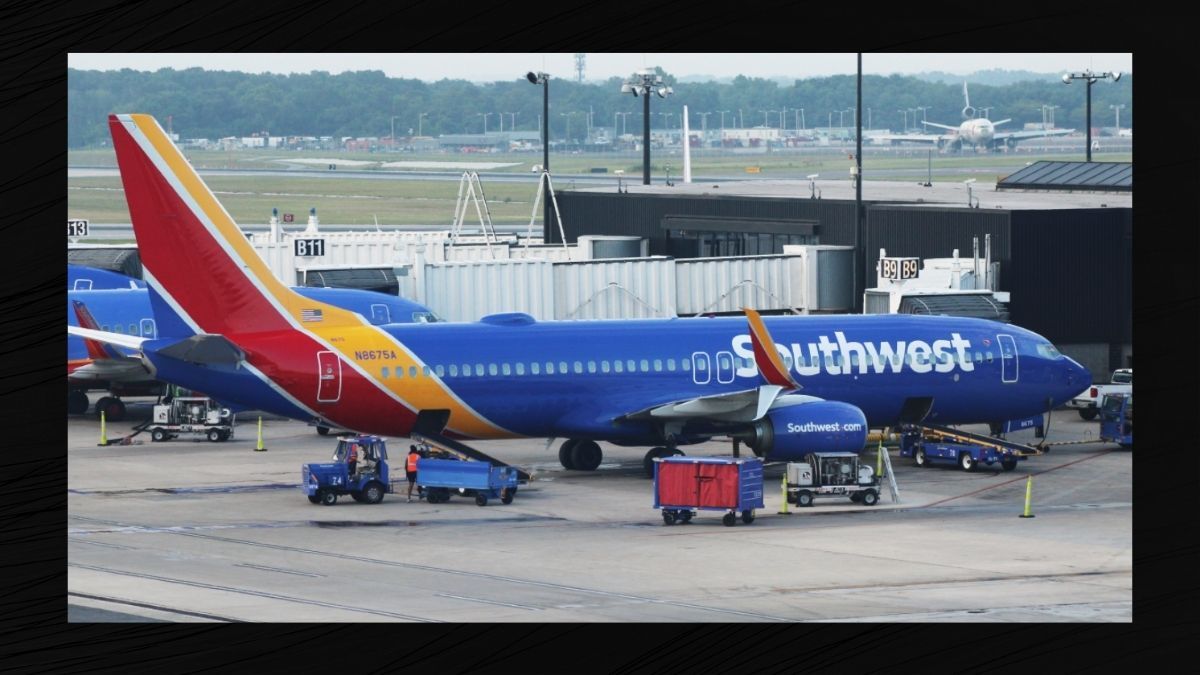 Claim:
Southwest Airlines canceled a large number of flights in early October 2021 due to pilots calling out sick in protest of COVID-19 vaccine mandates.
Rating:

In early October 2021, a false claim spread on social media that Southwest Airlines canceled a large number of flights due to flight personnel calling out sick in protest of COVID-19 vaccine mandates. The rumor was spread in part by elected leaders like U.S. Sen. Ted Cruz, R-Texas. Linked in Cruz's tweet above is an Oct. 10, 2021, CNBC article reporting Southwest stated it canceled 1,800 flights due to bad weather and air traffic control issues. The article actually contradicts the statement made by Cruz in the above tweet, reporting:

The disparity between Southwest’s operation and other airlines fueled speculation on social media that employees were calling out sick, with some suggesting it was in protest of a Covid vaccine mandate. Southwest said that was not the cause of the mass flight cancellations.

In the statement, SWAPA president Casey Murray said the massive-scale disruption in Southwest's services were because of management failures and that there was no organized labor action due to vaccine mandates:

SWA has made the news again this weekend due to another operational meltdown. There are false claims of job actions by Southwest Pilots currently gaining traction on social media and making their way into mainstream news. I can say with certainty that there are no work slowdowns or sickouts either related to the recent mandatory vaccine mandate or otherwise. Under the RLA, our Union is forbidden from taking job action to resolve labor disputes under these circumstances. SWAPA has not authorized, and will not condone, any job action.

SWA has claimed that the immediate causes of this weekend’s meltdown were staffing at Jacksonville Center and weather in the southeast U.S., but what was a minor temporary event for other carriers devastated Southwest Airlines because our operation has become brittle and subject to massive failures under the slightest pressure. Our operation and our frontline employees have endured continuous and unending disruptions since the first time our airline made headlines in early June due to widespread IT failures. Our Pilots are tired and frustrated because our operation is running on empty due to a lack of support from the Company.

Murray further stated there is no real-world evidence for a mass pilot sick-out, noting that there was no increase in the rate of pilots calling in sick. Pilot sick days have remained steady in comparison to the summer of 2021, when Southwest experienced a similar meltdown, which was well before the vaccine requirement existed.

"And then our pilot pickup rate, meaning the extra time they're flying, picking up on their off days, was extremely elevated," Murray told NPR in an Oct. 12, 2021, interview. "So our pilots were out there supporting the customers, supporting the airline and doing everything they could. And I'm very proud of them for that."

In a phone interview with Snopes, a spokesperson for SWAPA said the cause of the October 2021 meltdown was Southwest's "inefficient," dense flight scheduling that runs the risk of stranding a pilot when an event like bad weather occurs. This creates a chain reaction of flight disruptions through out Southwest's service.

The Federal Aviation Administration (FAA) tweeted a pointed statement: "To be clear: None of the information from Southwest, its pilots union, or the FAA indicates that this weekend’s cancellations were related to vaccine mandates."

The claim that Southwest flight cancellations in October 2021 are the result of airline employees calling out due to the COVID-19 vaccine requirement basically conflates two separate and unrelated developments.

It's true that Southwest implemented a COVID-19 vaccine mandate, which all airline employees must comply with by Dec. 8, 2021. Although SWAPA opposed the implementation of that mandate, it was not, the pilot's union stated, because of anti-vaccine sentiments.

Instead, SWAPA stated on Oct. 5, 2021, that their opposition is part of a larger legal issue relating to ongoing labor negotiations, and that the company hasn't come to the table to consult with the union about the mandate. SWAPA stated it would take action by seeking a court order temporarily halting the vaccine mandate.

Although the airline attempted to explain the meltdown by pointing the finger at bad weather in Florida and air traffic control issues, various news outlets observed that other airlines didn't have issues at nearly the same scale that Southwest did. The pilot's union blamed bad management.