Facebook users copied and pasted a post about a supposed Southwest Airlines pilot as the company struggled with canceled flights in December 2022. 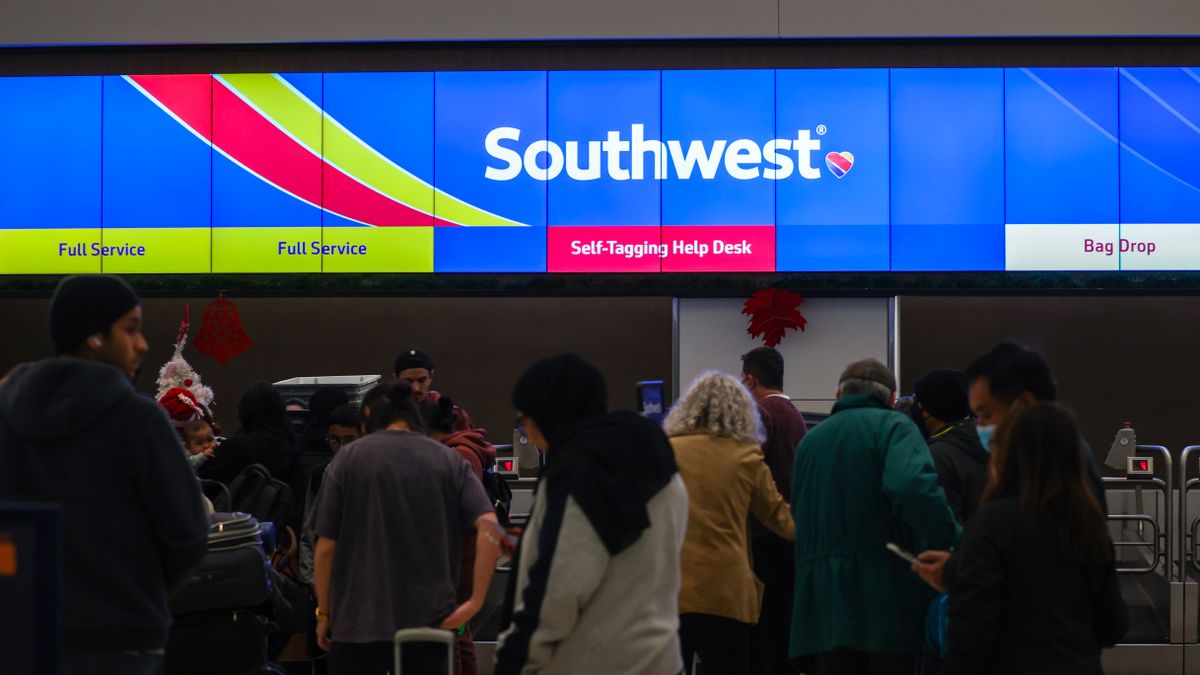 Claim:
A Southwest Airlines pilot wrote a Facebook post that said the company "has imploded" amid thousands of canceled flights following a winter storm in December 2022.
Rating:

On Dec. 26, 2022, Facebook users began to copy and paste three paragraphs that users claimed were written by a pilot for Southwest Airlines. "I don't know what to say. Southwest Airlines has imploded," the beginning of the purported pilot's post read.

The post was shared by users following a winter storm that pummeled the U.S. with snow, as many travelers were trying to visit family and friends for the Christmas holiday. The Associated Press (AP) reported that major U.S. airlines were impacted with canceled flights, but that only Southwest Airlines was having significant difficulties in attempting to recover by Dec. 27.

The question here with this fact check was not whether Southwest Airlines was having major issues following the winter storm. We know from the thousands of reported canceled flights that this was true. Rather, the question was if the Facebook post truly was originally written by a pilot for the company.

As of this writing, we hadn't yet found evidence that the three paragraphs were written by one of the company's pilots. This doesn't mean that a pilot didn't write the post. Rather, it simply meant we hadn't yet uncovered data to support the claim that says a pilot penned the message. If any of our users locate helpful information about the origins of this viral post, which might be hidden away in a private Facebook group that's inaccessible to the public, feel free to contact us and include links and screenshots.

The viral Facebook post that was said to have come from a Southwest Airlines pilot began with several different introductions, depending on who shared it. "Copied from another group I'm a part of," one user posted. "From a travel group," another post said. We found another user who reposted the viral message who had edited the post to say, "Sorry, y'all but I will not say who my source is."

One version of the copypasta post shared by several users began with an introduction paragraph that was followed by the main three paragraphs. That opening paragraph started with, "My friend's husband is a pilot with Southwest."

My friend's husband is a pilot with Southwest. He just posted this an hour ago. I'm not including his name or the photos he shared of packed SWA employee rooms at the airports over the past couple of days (in case his post comes back to bite him with the company—even though he's stating facts.) He also posted a screenshot of a fellow pilot on hold with SWA Scheduling for over 22 hours. Anyway, here's some insight for those wondering if this massive round of SWA cancellations is really all due to weather and staffing issues.

"I don't know what to say. Southwest Airlines has imploded. Their antiquated software system has completely fried. Planes are parked. Crews are stranded in the airports with the passengers, volunteering to take the passengers in the parked planes but the software won't accept it. Phone lines are overwhelmed for both passenger and crews. I personally spent over two hours trying to get ahold of anyone in the company last night after midnight. A Captain and I did manage to get the one flight put together on Christmas night and got people home. Kudos to the ops agent and dispatcher for making it happen. We had to manually input a lot of the data and it took over an hour to coordinate with dispatch going back and forth running numbers.

We spent hours trying to get the company to answer and get us a hotel when we landed as they're all sold out. We were only put in a call que for hours before hanging up. I found one hotel with 4 rooms and we bought our own rooms at 2:30am. I even paid for a Flight Attendants room. We literally have crews sleeping on the airport floors all over the country with nowhere to go. Crews have been calling to fly anyone, anywhere, but the company says the system needs a reset. They have effectively shut down the operations for the rest of year, running 1/3 of the flights so that they can let the computer find and locate the crews and aircraft. Gate agents are in tears. They've been yelled at, cussed at, slapped and spit on. Flight attendants have been taking a beating. The frontline employees have had little support or communication. Terminals are standing room only with people having been there for days. Pilot lounges are packed with pilots ready to fly and nowhere to go.

Embarrassing is an understatement. I'm going on my second of three days off, still stuck on the east coast and still expected to show up in the morning with no schedule. And I'm willing to fly all day if needed. Because that's nothing compared to the passengers needing meds in bags that are lost and mothers traveling with kids, having been stuck for the same amount of days in the terminal. In 24 years, I've never seen anything like this. Heads need to roll! Rumors on media are floating that there is a lack of crews and pilots are staging sick calls. Absolutely not true at all. This is a computer system meltdown. Thousands of crew members are sitting in hotels and airports with nowhere to go. This airline has failed miserably."

The reporting from The AP from Dec. 27 said that Southwest Airlines' issues after the storm were apparently so different from other airlines that officials with the U.S. Department of Transportation were investigating:

Problems at Southwest Airlines appeared to snowball after the worst of the storm passed. It cancelled more than 70% of its flights Monday, more than 60% on Tuesday, and warned that it would operate just over a third of its usual schedule in the days ahead to allow crews to get back to where they needed to be.

American, United, Delta and JetBlue, suffered cancellations rates of between none and 2% by Tuesday.

The disparity has triggered a closer look at Southwest operations by the U.S. Department of Transportation, which called the rate of cancellations "disproportionate and unacceptable," and sought to ensure that the Dallas carrier was sticking by its obligations to stranded customers.

On the Southwest Airlines Newsroom section of its website, the company apologized for the flight delays and cancellations. In a statement published on Dec. 26, it acknowledged that it would "make things right" for both customers and employees:

We were fully staffed and prepared for the approaching holiday weekend when the severe weather swept across the continent, where Southwest is the largest carrier in 23 of the top 25 travel markets in the U.S. These operational conditions forced daily changes to our flight schedule at a volume and magnitude that still has the tools our teams use to recover the airline operating at capacity.

This safety-first work is intentional, ongoing, and necessary to return to normal reliability, one that minimizes last-minute inconveniences. As we continue the work to recover our operation, we have made the decision to continue operating a reduced schedule by flying roughly one third of our schedule for the next several days. And we're working to reach customers whose travel plans will change to offer specific information and available options, also available at Southwest.com/traveldisruption.

Our employees and crews scheduled to work this holiday season are showing up in every single way. We are beyond grateful for that. Our shared goal is to take care of every single customer with the hospitality and heart for which we're known.

On the other side of this, we'll work to make things right for those we've let down, including our employees.

With no concern higher than ultimate safety, the people of Southwest share a goal to take care of each and every customer. We recognize falling short and sincerely apologize.

This story will be updated if further details come to light.