No, George Soros Wasn't Arrested in Philadelphia for Election Interference

An indictment against Russian hackers was altered to support the false claim that the financier had been arrested for "election interference." 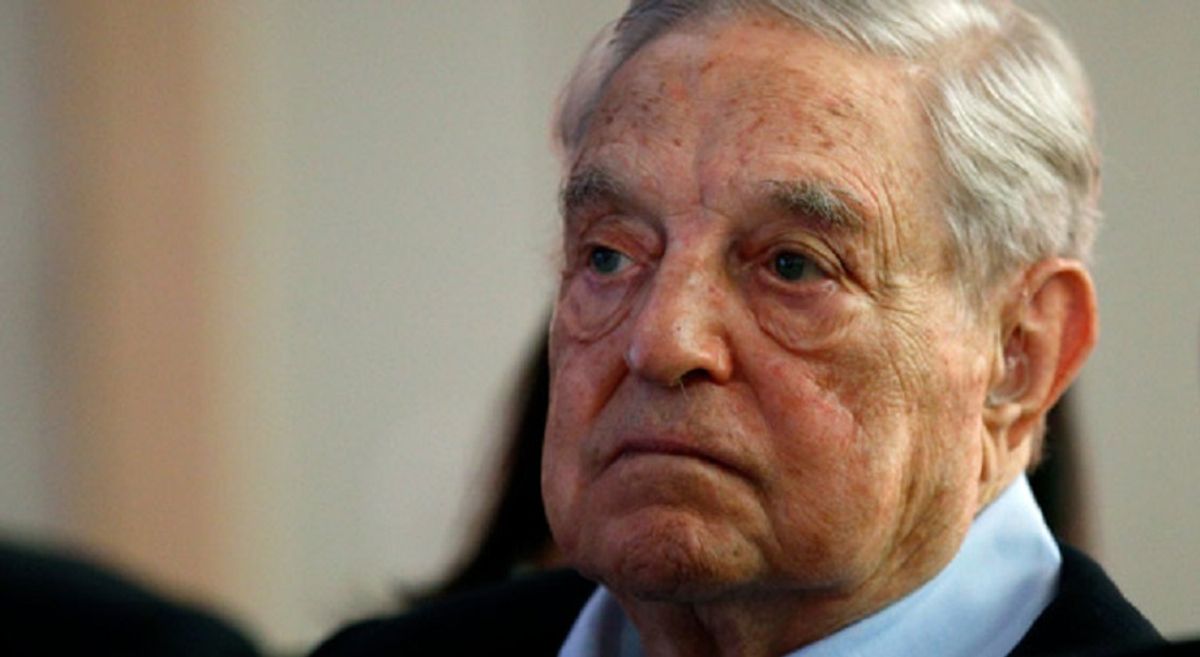 Image Via Your News Wire

In Nov. 2020, the junk news site Your News Wire (which had previously renamed itself News Punch) returned to the world of fake news by pushing an election conspiracy rumor that international financier George Soros had been arrested in Philadelphia on charges related to election interference:

George Soros has been arrested and is currently being held in federal custody in Philadelphia. According to a recently unsealed indictment filed in the Western District of Pennsylvania, Soros has been charged with a number of serious crimes relating to the US election.

The indictment lists only on the criminal activity Soros participated in prior to the November election, such as wire fraud, identity theft, aiding and abetting, and damage to computers.

The FBI stated that the indictment will likely be updated to reflect election interference charges in relation to Dominion Voting, once the full scale of Soros’ operations has been exposed. Soros is currently being interrogated by the FBI.

None of this was true. Soros had neither been arrested nor charged with crimes related to "election interference" in any jurisdiction in the U.S.

The Your News Wire article included an image of the supposed indictment against Soros, along with the claim that the "judge put a publication ban on Soros’ arrest":

In fact, this image was an altered version of a real indictment that had nothing to do with Soros. The actual indictment involved six Russian hackers charged with computer attacks "intended to support Russian government efforts to undermine, retaliate against, or otherwise destabilize" various foreign entities:

On Oct. 15, 2020, a federal grand jury in Pittsburgh returned an indictment charging six computer hackers, all of whom were residents and nationals of the Russian Federation (Russia) and officers in Unit 74455 of the Russian Main Intelligence Directorate (GRU), a military intelligence agency of the General Staff of the Armed Forces.

These GRU hackers and their co-conspirators engaged in computer intrusions and attacks intended to support Russian government efforts to undermine, retaliate against, or otherwise destabilize: (1) Ukraine; (2) Georgia; (3) elections in France; (4) efforts to hold Russia accountable for its use of a weapons-grade nerve agent, Novichok, on foreign soil; and (5) the 2018 PyeongChang Winter Olympic Games after Russian athletes were banned from participating under their nation’s flag, as a consequence of Russian government-sponsored doping effort.

Their computer attacks used some of the world’s most destructive malware to date, including: KillDisk and Industroyer, which each caused blackouts in Ukraine; NotPetya, which caused nearly $1 billion in losses to the three victims identified in the indictment alone; and Olympic Destroyer, which disrupted thousands of computers used to support the 2018 PyeongChang Winter Olympics. The indictment charges the defendants with conspiracy, computer hacking, wire fraud, aggravated identity theft, and false registration of a domain name.