Are These the Sons of the Three Tenors?

You do not have to be related to Plácido Domingo, José Carreras, or Luciano Pavarotti to have a great singing voice. 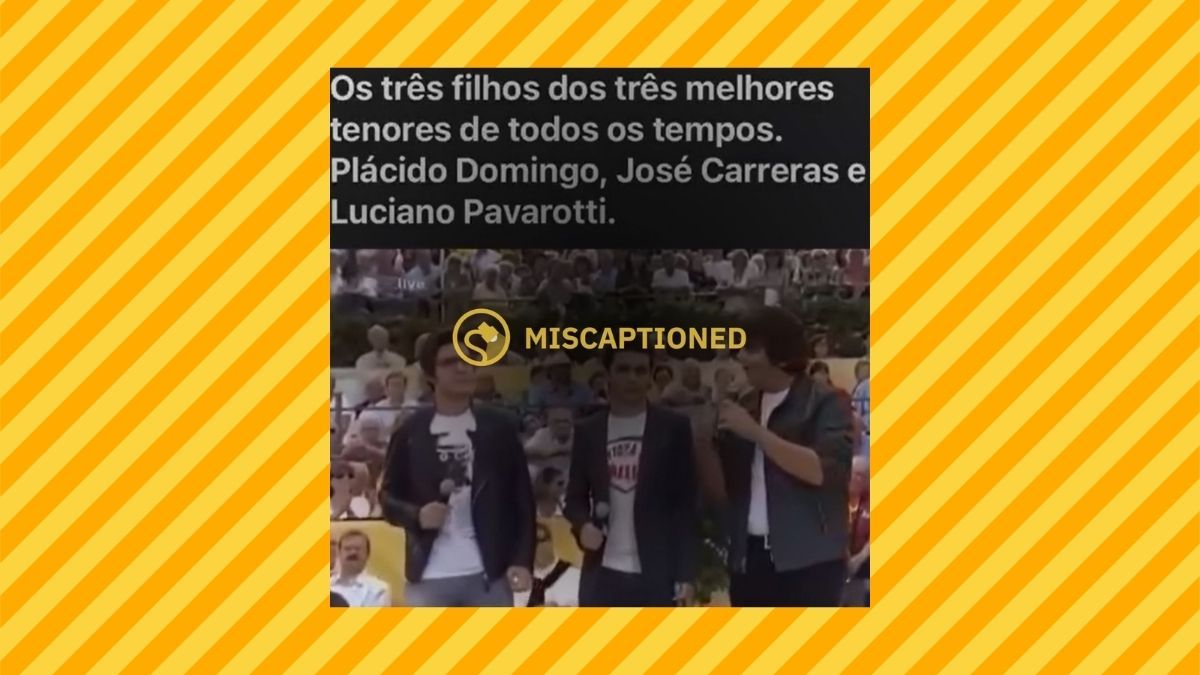 Claim:
A video shows the children of the "Three Tenors" singing.
Rating:

In April 2021, a video supposedly showcasing the amazing singing voices of the children of the "Three Tenors" — Plácido Domingo, José Carreras, and Luciano Pavarotti — went viral on social media. This video (which can be viewed in full at the bottom of this article) does not feature the children of the Three Tenors. This is actually the musical group Il Volo. While this Italian operatic pop trio may have been inspired by the musical stylings of Domingo, Carreras, and Pavorotti, the three members of this group are not their children. This group consists of Piero Barone, Ignazio Boschetto, and Gianluca Ginoble.

Interestingly, we covered a similar rumor back in 2020 about a talented young singer named Sislena Caparrosa. A video of Caparrosa's singing went viral at the time after it was attached to the claim that she was Pavorotti's granddaughter.