Did a 'Mob of Somali Teens' Attack Minneapolis Commuters with Hammers in Racially Motivated Assault?

A cluster of right-leaning websites jumped into action based on preliminary details about a May 2019 incident. But what actually happened? 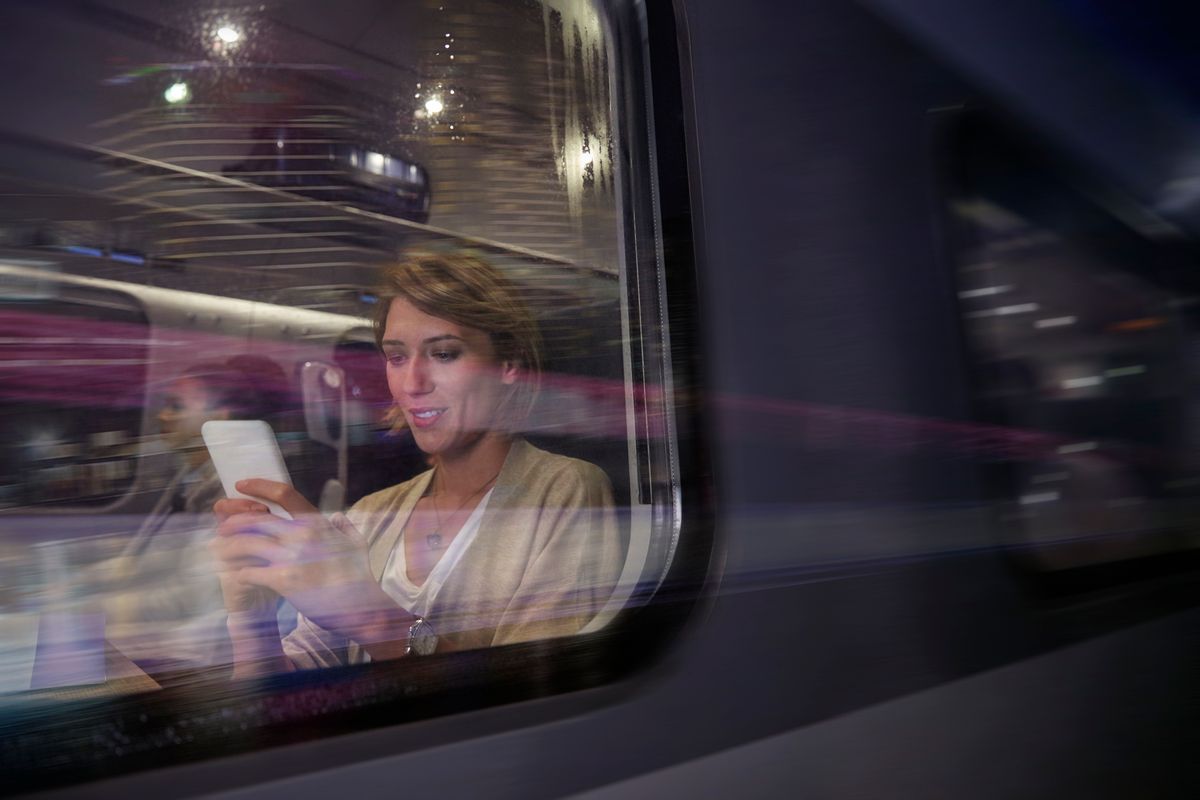 Claim:
A group of Somali teenagers used hammers to physically attack and injure several passersby at a train station in Minneapolis in May 2019.
Rating:

On 17 May 2019, University of Minnesota police officers cited two juveniles of Somali heritage for misdemeanors associated with brandishing pipes at a train station in the city.

According to University of Minnesota police, the incident did not involve a physical attack, did not cause any injuries, and was not racially motivated.

In May 2019, a cluster of right-leaning websites exploded into action after unconfirmed reports emerged of a racially motivated, anti-white "gang assault" perpetrated by a "mob" of Somali youths supposedly attacking commuters with hammers at a train station in Minneapolis. Many of the articles criticized the "mainstream media" for failing to report on the incident.

On 21 May, Matt Vespa wrote for the conservative Townhall.com website that:

"There’s media silence in Minneapolis over an attack executed by a group of Somali teens that reportedly attacked bystanders East Bank Light Rail station last Friday. It looks like it was racially motivated. According to reports, anyone who was white or looked like they had money was targeted. The teens used hammers and bars as weapons."

Writing for the Federalist Papers website, Carmine Sabia described the incident as "a vicious attack on innocent people":

"A mob of 8 – 10 Somalis attacked a group of travelers at the East Bank Light Rail Station in Minneapolis, Minnesota last week. The attack occurred on Friday but for some reason the media has been stone cold silent on the attack, the attackers and the victims, Alpha News reported ... When a group of Covington Catholic students wearing Make America Great Again hats stared at a native American CNN reported the story daily for days. But when a group of Somali kids of the same approximate age committed a vicious attack on innocent people with hammers they do not report a word of it."

Infowars, the website headed by conspiracy theorist Alex Jones, similarly reported that "A group of 8-10 Somali teenagers armed with hammers attacked and injured several people at a rail station in Minnesota." On the "American Thinker" website, Thomas Lifson described the incident as a "horrific attack," and the "Red State" website also reported that a group of between eight and 10 Somali youths had attacked commuters with hammers, causing injuries.

Several observers saw fit to connect the incident to U.S. Rep. Ilhan Omar, based solely and exclusively on her Somali heritage. (None of the articles that connected her to the incident made mention of any of the neighborhood's other political representatives at the national, state or local levels.)

The website StarPolitical.com wrote that "Freshman Minnesota Rep. Ilhan Omar who has spent a great deal of time criticizing President Trump seems to have some problems in her home district ..."

Sabia observed on TheFederalistPapers.org that "The attack also happened in the same district that Rep. Ilhan Omar, a Somali refugee, is from and she has said nothing on the attack," while Lifson wrote for AmericanThinker.com that "So far as I can determine, Rep. Ilhan Omar, the Somali refugee who represents Minneapolis in Congress and who also seems entirely ungrateful to the nation that paid for her to leave her hellhole homeland and granted her citizenship, has so far not commented on the incident."

Townhall's Matt Vespa drew an even more direct link between Omar and the Minneapolis incident, claiming that both were examples of purported Somali immigrant ingratitude to the United States:

"[Red State's Elizabeth] Vaughn added this story was shared by Glenn Reynolds (aka Instapundit), who aptly noted this was just a case of Somali teens showing their gratitude to the nation who gave them refuge. Hey, this isn’t an isolated incident. Rep. Ilhan Omar (D-MN), who represents Minneapolis, is probably one of the most ungrateful people we’ve ever offered refuge ..."

In reality, the entire episode provided a warning about the dangers of using unconfirmed, uncorroborated preliminary information as the basis of news reports and opinion pieces, something that the much-criticized "mainstream media" (despite its flaws) tends not to do, and rightly did not do in this case.

According to University of Minnesota police, the incident involved no assault and no injuries, although the actions of the perpetrators likely caused concern to bystanders. The arresting officers' report on the matter explicitly stated that racial bias played no part in the actions of the two juveniles, who were of Somali heritage and were ultimately cited for disorderly conduct and other misdemeanor offenses. The two boys carried two pipes, not hammers.

Snopes.com obtained a copy of the redacted University of Minnesota (UMN) Police Department report on the incident, which outlines the following information.

Around 9.45 p.m. on Saturday 17 May, UMN police officers were dispatched to the East Bank train station on Washington Avenue Southeast, next to the University of Minnesota, after receiving reports of a group of Somali youths with weapons. One of the arresting officers, Amanda Carlson, gave the following account. Redactions are signified with "(R)."

"Upon arrival to the East Bank LRT I saw a group of Somali juveniles running away from officers traveling westbound on Washington Ave SE and turn southbound between Moos Tower and [the] Molecular and Cellular Biology building. I ran after them and heard officers yelling at the juveniles to stop. I turned onto Delaware St SE where officers had several Somali juveniles lying prone with their arms spread out. I placed a male, later identified as (R) in handcuffs and performed a search incident to arrest. All other parties were placed in handcuffs and detained by other officers that had arrived on scene."

The first juvenile, detained by Carlson, provided what turned out to be a false name and date of birth.

Carlson continued: "Through further investigation, it was found that (R) and (R) were the two individuals brandishing metal pipes towards others on the light rail platform. Dispatch sent recorded images of the incident on the East Bank LTR which showed (R) holding a metal pipe and handing it to (R). (R) and (R) were placed in the rear of a squad car and transported to UMPD by Officer Brackett.

"All other parties that had fled on foot and were detained were ultimately released from police custody at the scene. I issued a citation to (R) for disorderly conduct as he engaged in offensive, abusive, boisterous and noisy conduct tending to arouse alarm, flee police as he attempted to evade or elude peace officers, who were acting in the lawful discharge of official duty, by means of running, and false information to police as he provided a fictitious name and false date of birth."

Carlson wrote that two metal pipes were taken from the two young men who received the citations.

The second arresting officer, Matthew Williams, provided a similar account of the incident, one in which he pursued the group of youths, repeatedly shouting after them "Police, stop." When they eventually stopped running, Williams told them to lie on their stomachs on the ground, with "their arms extended out to their sides." He continued:

"I aired to dispatch I had nine people proned out on the ground ... As other officers began arriving at the turnaround I performed a more accurate count of the number of individuals laying on the ground and observed there to be seven Somali males lying on the ground. I aired this updated information to dispatch that there were seven people proned out on the ground. I was standing over two of the males and had observed the five other people had been placed in handcuffs. I then placed handcuffs on each of the two males I was standing over and informed both of them they were under arrest for fleeing from police on foot ... Once all seven males had been placed in handcuffs, officers began identifying the seven Somali males and further investigation began to determine who had been brandishing weapons on the light rail platform ..."

Contrary to the aforementioned claims of a "vicious attack," "horrific attack," and "gang assault," the redacted police report only described the two cited youths as "brandishing" and "carrying" two pipes, and did not mention any assault or attack by any of the youths. Although the incident was likely concerning and unpleasant for bystanders, a UMN spokesperson confirmed to Snopes that, "There were no known injuries as a result of this incident."

The two individuals who were cited were identified as having carried the pipes because police had security camera footage from the train station. Despite the availability of such video footage, none of the youths was charged or cited with any assault offenses.

The claim of an "attack" resulting in injuries appears to have originated in a police dispatch call that was shared by the website Alpha News. In the audio, which can be heard here, a police dispatcher states:

"[UMN Police Department] is asking for assistance from Metro Transit [Police] and Minneapolis [Police] for a group of eight to 10 males at the East Bank light rail station chasing people around with hammers. They do have some people injured. They're sending us more information, but they're requesting assistance."

So the claims of an attack with hammers causing injuries were not fabricated, but they were based on initial, unconfirmed reports taken from online police scanners. Such preliminary details are undoubtedly of interest, but they should never be assumed to be accurate. In the case of the 17 May East Bank incident, those initial reports did indeed turn out to be inaccurate, as evidenced by the report filed by the arresting officers.

Likewise, the claim that the actions of the youths — which we now know did not involve any actual physical assault — were "racially motivated" appears to have been based on a single uncorroborated account posted to Facebook by an individual named as "Jay Hall," who claimed to have witnessed the incident and wrote "... It was a group of Somali young males with hammers and bars. They were attacking anyone who looked like they had money or were white": That single uncorroborated account, from a person whose presence at the incident could not be confirmed, appears to have been the basis of claims that the incident was "racially motivated," such as the assertion made by Townhall.com's Matt Vespa, who wrote: "It looks like it was racially motivated. According to reports, anyone who was white or looked like they had money was targeted."

In reality, the official UMN police report explicitly noted that "no bias" was involved in any of the actions of the boys who were cited, a term used to indicate whether a criminal offense was motivated by one of several types of prejudice and could result in additional hate crime charges. That was not the case here, according to the official police report. We asked Jay Hall whether he had any evidence that might support his characterization of the incident, such as video footage or photographs, and he told us he did not.

StarPolitical.com.   "Mob of Somali Teens Attack Passengers on Train With Hammers in Omar's District."     21 May 2019.