Will Your Pet Snake 'Measure' You Before Eating You?

An old bit of reptilian folklore holds that a pet python who acts 'affectionate' is really just measuring its intended victim for consumption. 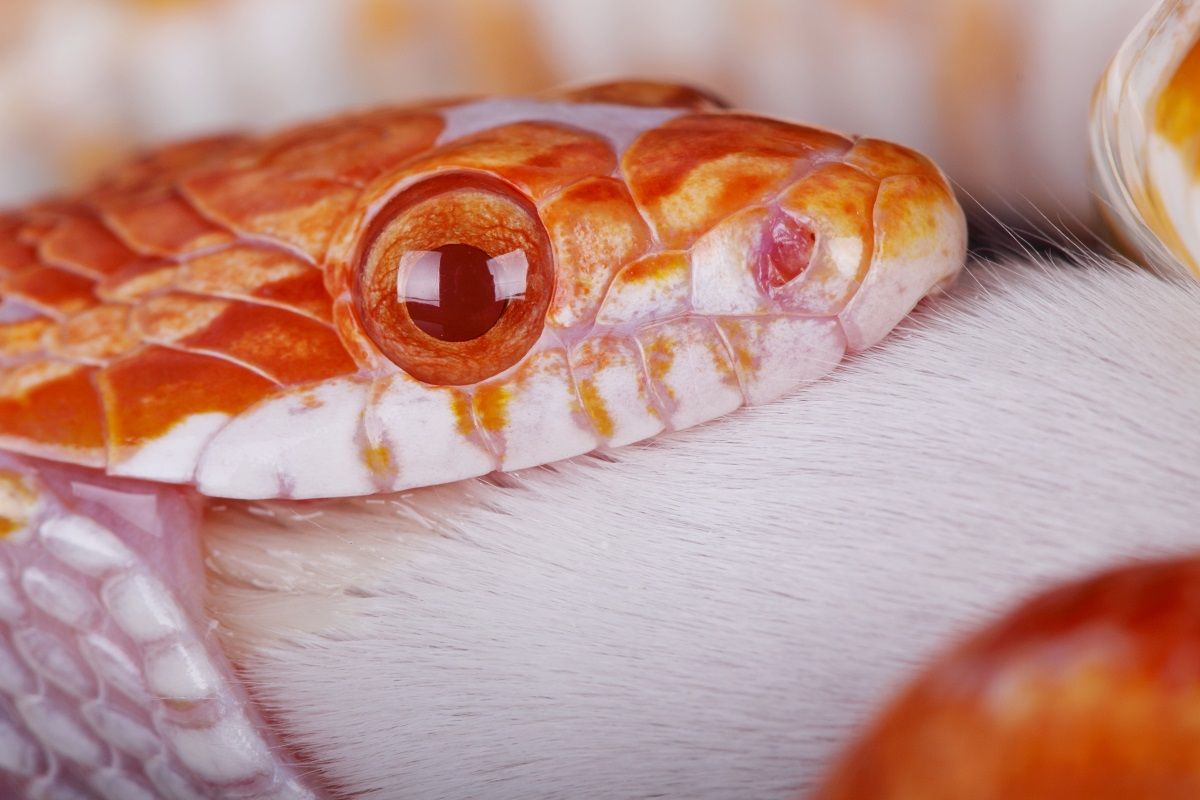 A common bit of serpentlore is cast as a warning to snake owners who are dangerously unaware that their pets are calmly sizing them up as the main courses of their next meals:

The sister has a pet python which stopped eating. After a while she got concerned and took it to the vet who could find nothing wrong. He wasn't worried and explained that snakes like this can go quite some time without eating and suggested she take it back home, keep a close eye on it and if it still wasn't eating in a week or two to bring it back in again.

So Tuesday of this week she goes back to the vet who can still find nothing wrong and asks if there has been any unusual behavour. She says no. The only thing odd was that a couple of night ago she woke up to find the snake on the bed beside her. She just picked him up and put him back in his tank. Wondering if the snake was seeking warmth he asks if it was curled up on the bed. The girl says "No, that's what was odd. He was lying straight, up and down the bed."

"Why? What's wrong with him?" my friend's sister asks.

"There's nothing wrong with him." The vet says. "He's just starving himself in preparation for a big meal. It's perfectly normal."

Confused she asks why he has to be put down.

"He was measuring you!"

Apparently this guy had a python for a pet, and it would often escape from its tank. This didn't bother anyone so no one thought much of it. It hadn't been eating lately, and no one knew why.

One night the guy had his girlfriend over and she woke up to find the python on the pillow above her head. Naturally she was terrified.

For the three nights following every time the girl woke up the snake was over her head. Since it still wouldn't eat, the guy took it to the vet.

The vet checked it out and said there was nothing wrong with its health, had it been behaving oddly?

"Yes, every time my girlfriend wakes up it's over her head."

The vet's reaction was to put the snake down immediately. Why? Because it had been measuring this guy's girlfriend to see if it could eat her, and the reason it hadn't been eating was because it was planning to.

Although such stories are interesting, they should be classified with other fictional tales of snake scarelore on the following bases:


Some elements of the legend were reflected in a February 2008 news story out of Australia involving the swallowing of a family dog by a snake. According to news accounts of the incident, the Peric family (husband, wife, and two children) watched in horror as their chihuahua was gobbled up by a scrub python on the veranda of their home in tropical Kuranda, Queensland. Although the snake wasn't a pet (it lived in the wild), Peric maintained that prior to the fatal attack the python had stalked the family's dog for days. (Four days before the pooch became the snake's dinner, the python had reportedly been seen in the dog's bed on the veranda.) This family had trouble with snakes before: The body of the Perics' cat had been found in the preceding weeks, looking as if something had tried to swallow it, and a week prior to the dog's demise a smaller python ate their pet guinea pig.

Regardless of the realities of serpentine behavior, the legend about a snake-measured girl is popular because it gives voice to a widespread fear of that which slithers. Herpetologists aside, many people view snakes as dangerous and unwholesome, perhaps even evil, and therefore feel uncomfortable and somewhat threatened in their presence. Stories like this one serve to confirm such assessments as not only is the "pet" in the tale planning to eat a person, but is stealthily and sneakily working out when to make its move, all under the guise of being affectionate towards the people caring for it. (Interestingly, the fear people seem to be expressing in repeating this story is not of being killed by a snake, but rather of being eaten by one.)

The veterinarian who reveals the true state of things is a stock figure who appears in other urban legends, such as the (burglar's fingers found in the throat of a guard dog reveal danger lurking in a closet at home) and the (languishing "dog" adopted in a foreign land exposed as giant rat). Such an expert is needed to fill in the blanks in these narratives — in this case, without the vet's helpful explanation to clue us in, we wouldn't have known the ill-intentioned snake was "measuring" the girl, or what its purpose was for doing so.