Does McDonald's Food Not Rot?

Photographs of an ancient McDonald's order went viral on Facebook, but the "phenomenon" of non-decomposing fast food isn't so straightforward. 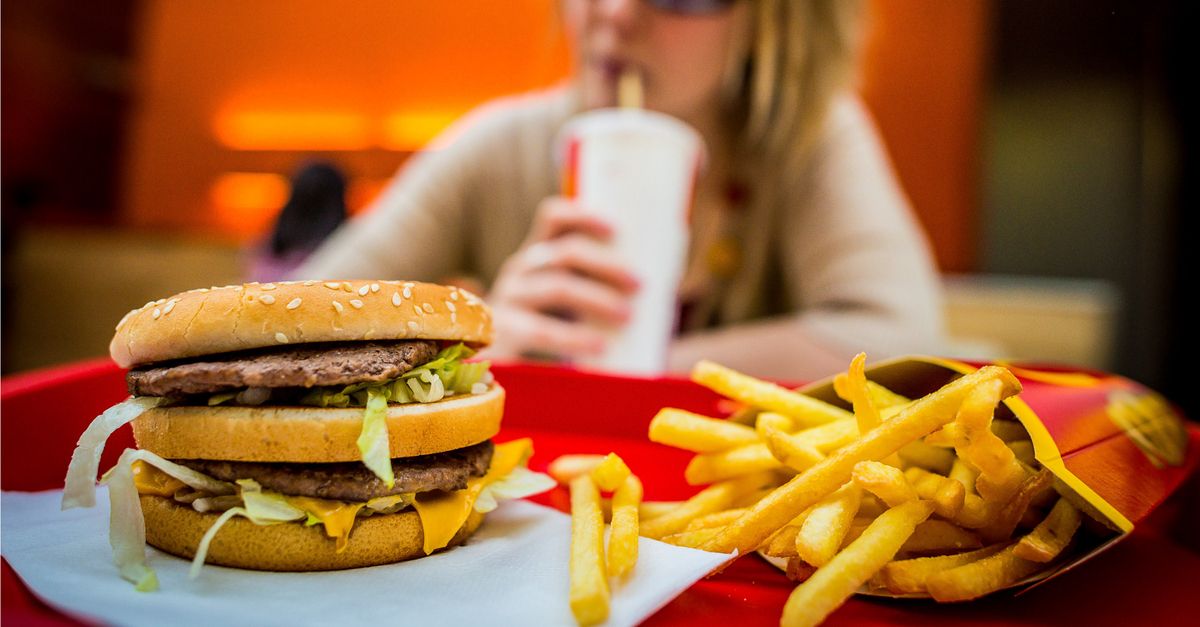 Under specific conditions, food items (and other organic matter) dry out quickly and don't decompose.

On 3 February 2016, Facebook user Jennifer Lovdahl published the above-reproduced status update, to which were appended were two images of an otherwise unremarkable McDonald's Happy Meal along with the following comment:

A receipt was attached to the Happy Meal box, indicating that it had been purchased over six years earlier, on 8 January 2010: Although Lovdahl's assertions about the supposedly non-decomposing quality of face food weren't novel, the images piqued viewers enough to garner hundreds of thousands of shares on Facebook.

Claims maintaining that McDonald's food "doesn't rot" have been circulating online for a decade or more. For examples, a September 2008 post held that a McDonald's cheeseburger purchased in 1996 showed few signs of decomposition twelve years on. The phenomenon was also examined by BuzzFeed in a 2014 video comparing seven separate fast-food burgers that had each been stored in glass jars for 30 days:

On 15 October 2010 (the same year Lovdahl reportedly purchased the Happy Meal in question), the food blog Serious Eats published an article about "The Myth of The 12-Year-Old McDonald's Hamburger." The site took a more in-depth look at whether claims about McDonald's held up in more detailed testing conditions.

Most claims about McDonald's food failing to decompose were presented in the context of individuals' having purchased food items specifically to evidence the phenomenon, but rarely (if ever) did such claims provide much information about the conditions under which the experiments were conducted. Moreover, ever fewer of them included one or more "control" samples of items purchased at other outlets or made at home to rule out factors such as environmental or storage conditions as factors. Since most experiments involved significant passages of time and lacked control specimens, their probative value was significantly diminished.

Serious Eats foregrounded their experiment by explaining that:

The thing is, the hamburger [Karen Hanrahan, of the blog Best of Mother Earth has] been using as a prop is the same plain McDonald's hamburger she's been using for what's now going on 14 years ... Karen is neither the first nor last to document this very same phenomenon. Artist Sally Davies photographs her 137 day-old hamburger every day for her Happy Meal Art Project. Nonna Joann has chosen to store her happy meal for a year on her blog rather than feed it to her kids. Dozens of other examples exist, and most of them come to the same conclusion: McDonald's hamburgers don't rot ...  Most of you are probably thinking just plain, "ew" — a perfectly reasonable reaction to what at first seems like a totally disgusting perversion of nature. I mean, what kind of chemical-laden crap are they stuffing those burgers with to make them last that long?

But then there's a few people who're probably shouting out, "now wait just a minute here! This ain't science!"

Serious Eats writer J. Kenji Lopez-Alt surmised that "[t]he problem with all of these tests is that there is but a single data point, and a single data point is about as useless as a one armed man in a clapping contest"; he then set out to "design and carry out the first well-documented, scientific experiment to shed some light on whether or not there is something truly evil lurking between the buns." After pointing out the extensive number of factors involved, he listed the items with which he would attempt to replicate the results:

On 5 November 2010, Lopez-Alt published a follow-up, in which he noted of his testing conditions:

Every day, I monitored the progress of the burgers, weighing each one, and carefully checking for spots of mold growth or other indications of decay. The burgers were left in the open air, but handled only with clean kitchen tools or through clean plastic bags (no direct contact with my hands until the last day). He then described the status of all the hamburgers he tested at the conclusion of the experiment:

Turns out that not only did the regular McDonald's burgers not rot, but the home-ground burgers did not rot either. Samples one through five had shrunk a bit (especially the beef patties), but they showed no signs of decomposition. What does this mean?

It means that there's nothing that strange about a McDonald's burger not rotting. Any burger of the same shape will act the same way. The real question is, why?

Well, here's another piece of evidence: Burger number 6, made with no salt, did not rot either, indicating that the salt level has nothing to do with it.

Finally, Lopez-Alt pointed out that two burgers (one purchased from McDonald's and the other a homemade facsimile) that were stored in sealed Ziploc-style bags behaved identically as well. He attributed the lack of decomposition to rapid dehydration, conditions under which mold and bacteria growth are rapidly inhibited:

The final two burgers I tested were a McDonald's burger and a regular homemade burger of the same dimensions placed in plastic zipper-lock bags side by side. Hopefully the bag would trap in enough moisture. The question: Would they rot? ... Indeed they do. Within a week, both burgers were nearly covered in little white spots of mold, eventually turning into the green and black spotted beast you see above ...

Pretty strong evidence in favor of Theory 3: the burger doesn't rot because its small size and relatively large surface area help it to lose moisture very fast. Without moisture, there's no mold or bacterial growth. Of course, that the meat is pretty much sterile to begin with due to the high cooking temperature helps things along as well. It's not really surprising. Humans have known about this phenomenon for thousands of years. After all, how do you think beef jerky is made?

So ubiquitous were the claims and online examples of well-preserved McDonald's food items that the fast food chain addressed such questions on their web site. On a FAQ page titled "Why doesn't your food rot?" the company stated that their food offerings can and do "rot," except in conditions wherein they rapidly dry out (which is not unique to McDonald's food or attributable to any unusual ingredients):

Actually, it can [rot]. Food needs moisture in the air for mold to form. Without it, food will simply dry out — sort of like bread left out on a counter overnight to make croutons for stuffing.

You might have seen experiments which seem to show no decomposition in our food. Most likely, this is because the food has dehydrated before any visible deterioration could occur.

Examples of McDonald's food items purportedly failing to decompose proved popular on social media when they intermittently appeared, but the big reveal is typically less compelling when contrasted with homemade burgers behaving in approximately the same fashion. No specific ingredient or other factor is usually singled out as a potential factor in such ad hoc experiments (other than the ambiguous "chemicals" presumed to permeate convenience food), and most serious analyses of the phenomenon cite dehydration as a primary cause. The outcome isn't exclusive to fast food items (or even food in general): on occasion, human bodies have been discovered mummified in houses, cars, and apartments. In those instances, failure to decompose is similarly attributable to rapid dehydration, environmental conditions, and other factors not always present when organic matter is allowed to break down "naturally."