"The Simpsons" is not nearly as good at "predicting" things as the internet believes the show to be. 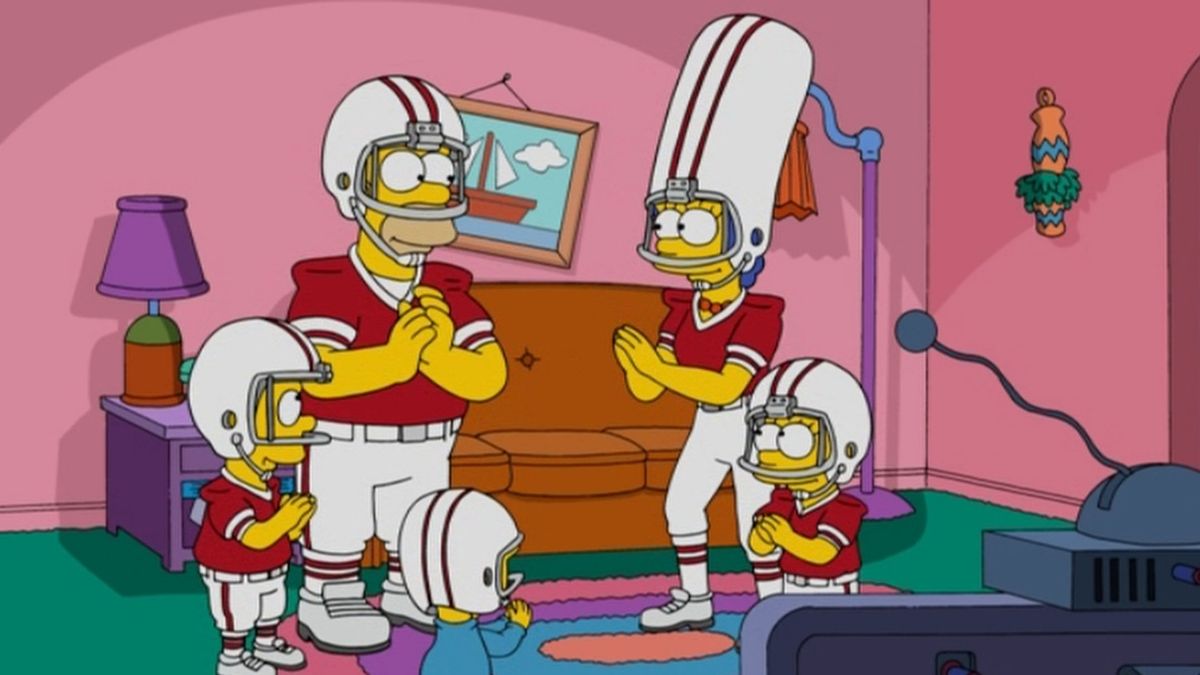 Image Via The Simpsons

Claim:
"The Simpsons" predicted that the Cincinnati Bengals would defeat the Los Angeles Rams at Super Bowl LVI.
Rating:

In February 2022, as Super Bowl LVI approached, a set of images started circulating on social media that supposedly showed that the animated TV show "The Simpsons" had predicted that the Cincinnati Bengals would defeat the Los Angeles Rams by a score of 34 to 31. This meme contains screenshots from three different episodes of "The Simpsons." Furthermore, the final picture of the news report has been digitally altered. In the original scene (from the season 3 episode, "Lisa The Greek"), the sports broadcast is of a game between the Bengals and the Miami Dolphins, not the L.A. Rams. Here's a genuine screenshot from the episode: The Bengals have been featured on "The Simpsons" a number of times over the years. This may be because Nancy Cartwright, the voice of Bart Simpsons, is from Dayton, Ohio. Or, it might be because show's writers are poking fun of a franchise that hasn't been to the Super Bowl since "The Simpsons" debuted in 1989.

Either way, "The Simpsons" have truly shown some affection for the Bengals, such as in "Homer and Ned's Hail Mary Pass," the eighth episode of the 16th season, when Homer reveals a "Go Bengals" tattoo on his stomach. Or, in "Insane Clown Poppy," the third episode of the 12th season, when Bengals cheerleaders are seen at a USO Comedy show featuring Krusty the Clown. Screenshots from these two episodes are available in the above-displayed meme and both are genuine.

While "The Simpsons" did not predict that the Bengals would win Super Bowl LVI over the Rams, the show did once predict a Bengals victory. In "Lisa the Greek," Professor Frink develops a sports prediction machine called the "Gambletron 2000" that forecasts a 200 point victory by the Bengals over the Dolphins. Of course, Frink realizes that this prediction is likely wrong and starts kicking the machine:

While there's a good chance that Homer Simpson would root for the Bengals in Super Bowl LVI, "The Simpsons" did not predict that the Bengals would be in that specific game, much less win it.