Did 'The Simpsons' Predict the Smartwatch?

The smartwatch was first popularized by a fictional character, but was it really a character on 'The Simpsons'? 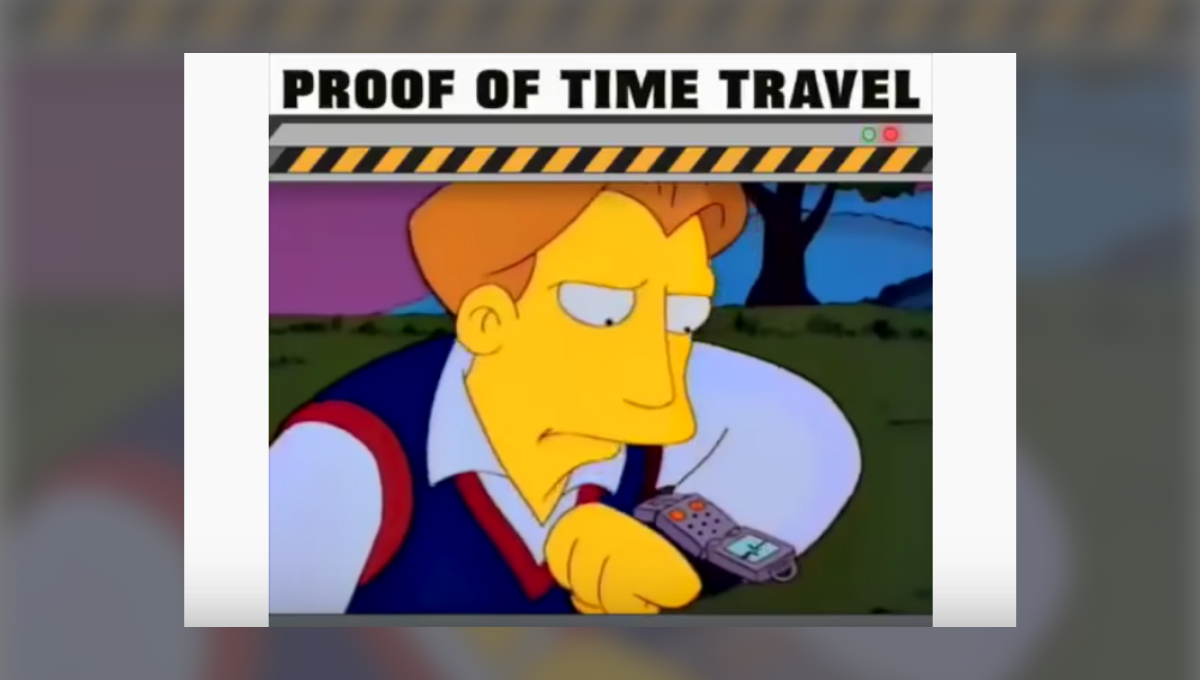 Claim:
The smartwatch was first predicted in an episode of "The Simpsons."
Rating:

On March 19, 1995, an episode of "The Simpsons" entitled "Lisa's Wedding" took a futuristic view of Springfield's favorite family after Homer's daughter visited a fortuneteller's booth. At one point in the episode, Lisa's future husband, Hugh Parkfield, voiced by actor Mandy Patinkin, bent over and spoke into a strange-looking device on his wrist: a half flip phone, half wristwatch that most modern viewers would liken to a smartwatch.

This animated gadget can be glimpsed at the 2:58 mark of this video about similar Simpsons "predictions." (You can read our coverage on "Simpsons" predictions here.)

This is a genuine clip from a 1995 episode of "The Simpsons." It is also true that this episode aired more than 20 years before the "Year of the Smartwatch" in 2014, when these devices became relatively common. However, "The Simpsons" shouldn't get credit for "predicting" the smartwatch for two reasons:

It's difficult to pinpoint exactly when the first smartwatch was produced, because it depends on the criteria you use to classify one. The first digital watches were produced in the 1970s. In 1983, the Seiko Data-2000 featured a built-in keyboard for data input. A few years later, Sinclair made a watch with an FM radio, and in 1994 Seiko unveiled a watch that doubled as a pager. The Timex Datalink, which was also introduced in 1994, is a good contender for the first "modern" smartwatch because it had the ability to transfer data by linking to a computer.

The point is that the road to the modern smartwatch has been a long and winding one that predated this episode of "The Simpsons."

In addition to these early entries into the smartwatch market, the idea of a smartwatch can be traced back even further. Special agent James Bond, for instance, has a long history of using watch gadgets to aid his spy craft. In 1973's "Live and Let Die," Bond's watch was equipped with a circular saw and a magnet. In 1977's "The Spy Who Loved Me," Bond used his watch to print out tiny messages. In 1995's "Golden Eye," Bond's watch was equipped with a laser.

And Bond wasn't the only fictional character to use a dual-purpose watch. Fred Flintstone once communicated via a radio watch, as did members of "The Jetsons." Detective Dick Tracy also used a radio watch in a 1946 comic strip, and who could forget Penny's watch in "Inspector Gadget?"

You can read more about “The Simpsons” alleged predictions in the Snopes’ collection “The Simpsons Didn’t Predict That.”