Were Shots Fired Inside Capitol During Electoral Count Riots?

There were several reports of shots fired amid the chaos that unfolded in Washington, D.C., on Jan. 6, 2021. 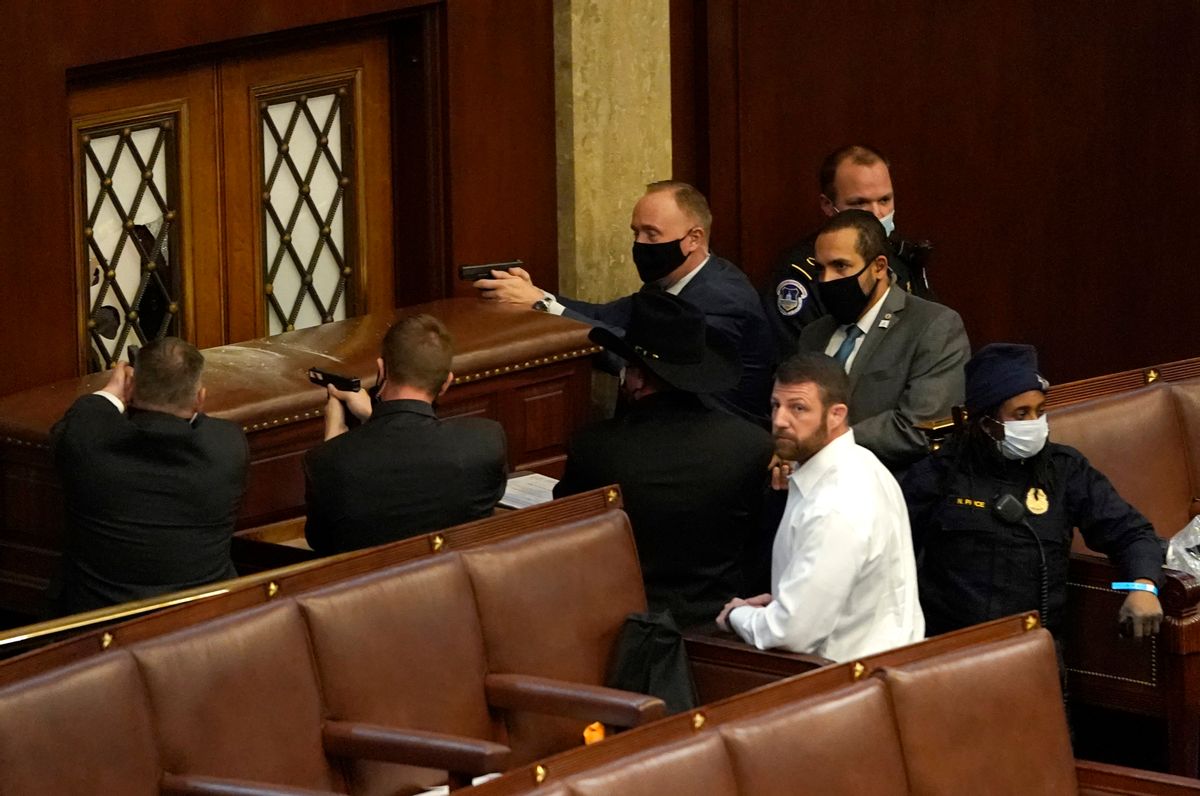 Claim:
Shots were fired in the U.S. Capitol during electoral college riots on Jan. 6, 2021.
Rating:

Multiple reports of shots fired occurred in the U.S. Capitol after the building was breached by protesters on Jan. 6, 2021. Getty photographer Drew Angerer captured this same moment as well, apparently showing at least three officers in a standoff with an individual on the other side of a door: At 3:32 p.m., CNN reported that a woman was in "critical condition after being shot in the chest on the Capitol grounds, according to two sources familiar with the matter."

At 3:47 p.m., NBC reported that five people had been transported to the hospital from the scene, with at least one of them being a police officer. NBC later reported that the woman who was shot had died.

The Washington Post later identified the woman as 35-year-old Ashli Babbitt, describing her as “a California native and Air Force veteran [who] had used her social media to express fervent support for President Trump and echo many of the president’s conspiracy theories and false claims of mass voter fraud.”