Did a Congresswoman Tweet that Trump Wanted War with 'North Japan'?

A fake tweet-generator was used to create the appearance that Sheila Jackson Lee had authored a tweet riddled with historical inaccuracies. 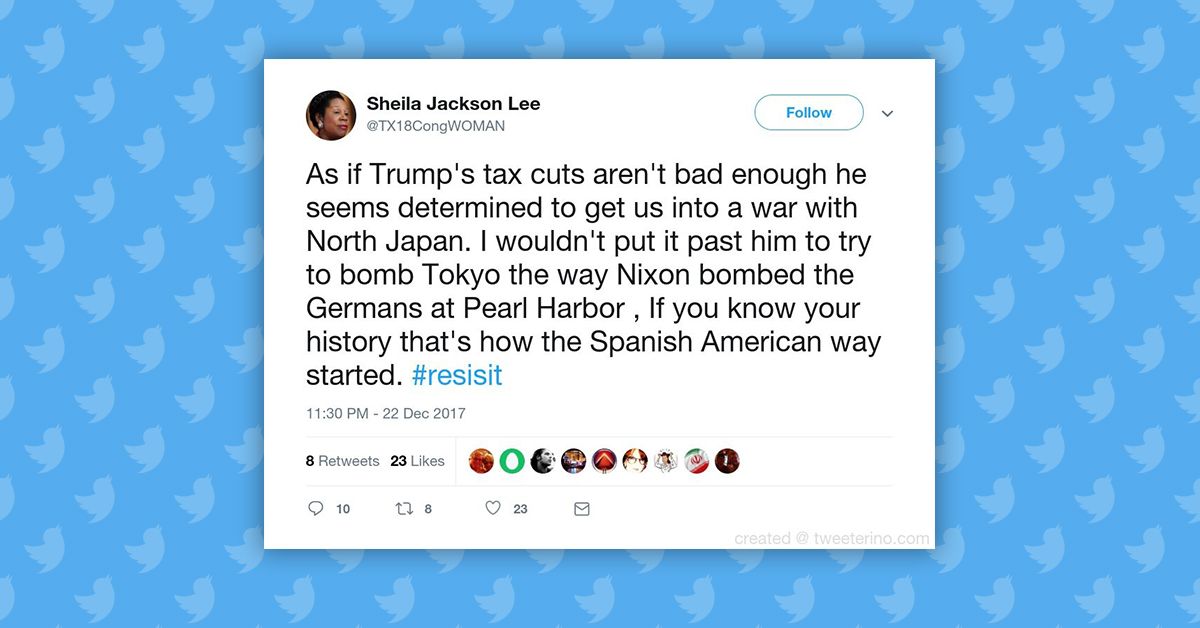 An image purportedly showing a factually-challenged tweet by Rep. Sheila Jackson Lee (D-Tx.) started making its way around the internet in December 2017: Whoever authored this tweet used the fake tweet generator Tweeterino, which allows users to create fake tweets that they can then screenshot and distribute on social media platforms. In this case, however, Tweeterino used the Twitter handle of an imposter account, @TX18CongWOMAN, rather than that of Jackson's official Twitter account, @JacksonLeeTX18, creating a multi-layer cake of fakeness. Tweeterino's watermark appears in the lower right-hand corner of the image.

In addition to the dubious origins of this message, the viral tweet was so full of factual errors that it would be vanishingly unlikely for it to have appeared on a genuine account of a U.S. lawmaker. There is no country called "North Japan," the attack on Pearl Harbor was carried out by Japan against the United States (not vice-versa), and it occurred while Franklin Roosevelt was president (not Richard Nixon).