Can Sheepshead Fish Bite People with Their ‘Human’ Teeth?

The so-called "demon fish" have a mouthful of molars and two incisors. 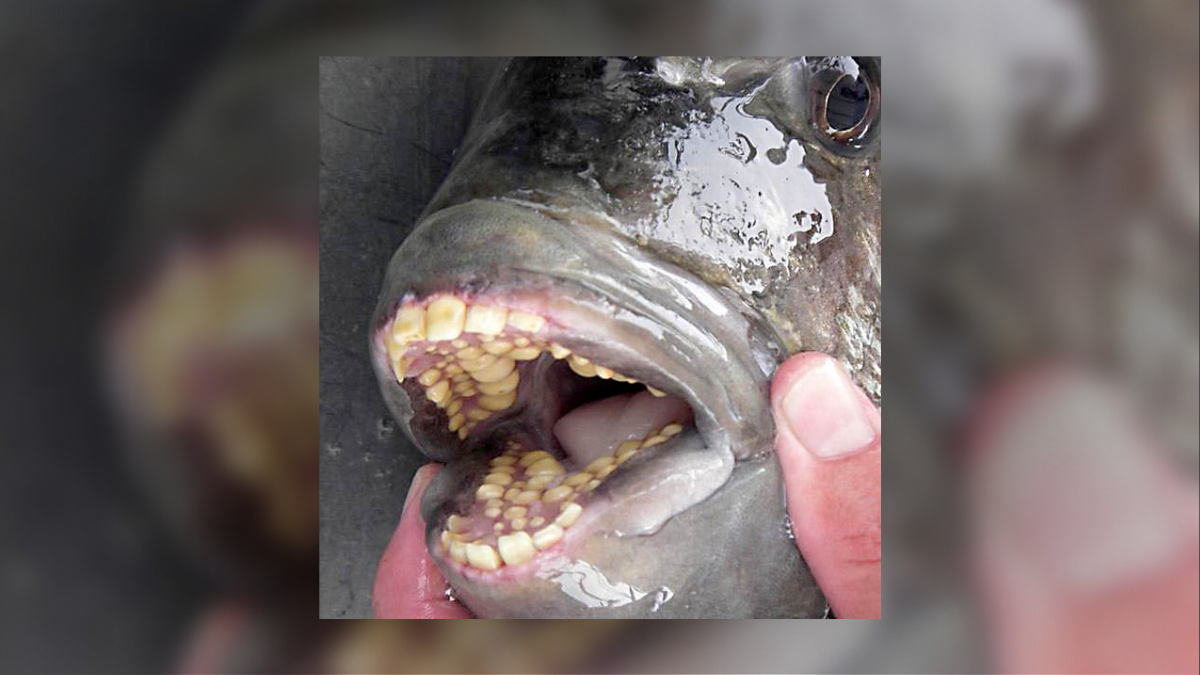 Though there is always a possibility that the tooth-clad fish may bite a human, an expert told Snopes that sheepshead fish “pose no threat to humans unless harassed.”

“I’m not sure what this weird-looking fish is, but this is why I won’t swim in canals or rivers,” said the original poster Frankie Nicole in a July 19 post. The video then panned over to a bucktoothed, blue-striped fish with bulging eyes swimming near the surface of the water.

The video was said to have been captured in Cape Coral, Florida, and despite hashtags calling the fish a “demon fish,” the googly-eyed creep is quite common in East Coast waters. David Catania, California Academy of Science collections manager for ichthyology, told Snopes that the fish in question is a sheepshead, or Archosargus probatocephalus. It is considered a Perciform fish in the family Sparidae.

“It's found in the western Atlantic from New York to Brazil and is common in Florida where the video appears to have been taken. The morphology and arrangement of the teeth supports an omnivorous diet like human teeth with incisors in front and molars in back,” said Catania.

The sheepshead is named for the shape of its snout and teeth — and its molars, which are said to resemble those of a sheep. The incisors, or front teeth, are “unsettlingly” similar to human incisors, according to the University of Southern Mississippi Gulf Coast Research Laboratory. The structure and composition of the fish’ teeth are similar to human teeth; for example, both are coated with enamel. As the sheepshead matures and jaw strength increases, the molars play a greater role and are used to crush shelled invertebrates like crabs and barnacles.

But just because their teeth are creepy does not mean sheepshead fish will bite a person swimming.

“I would not hesitate to swim in waters inhabited by these fish. They pose no threat to humans unless harassed. Since they are good to eat, sheepshead are targeted by anglers, so the handling of one after capture creates the possibility of being bitten or poked by their sharp dorsal fin spines,” said Catania. Sheepshead can reach up to 20 pounds in weight. USM