Did a Judge Cut a Pedophile’s Prison Term Because He Claimed a 3-Year-Old ‘Asked’ to Be Raped?

A scurrilous fake news site took a controversial court case and added a fabricated element to it in order to produce clickbait. 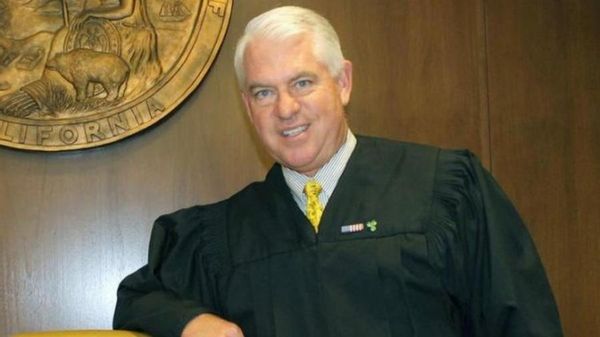 Claim:
A judge cut fifteen years off the sentence of a man convicted of lewd acts with a 3-year-old girl because the perpetrator claimed the child had 'asked to be raped.'
Rating:

In December 2014, Kevin Jonas Rojano-Nieto was convicted of one felony count of sexual intercourse or sodomy of a child 10 years or younger, and one felony count of lewd acts upon a child under the age of 14. The events in Santa Ana, Calif., that led to his conviction were described as follows, per local broadcaster ABC7:

On June 4, 2014, Rojano-Nieto was playing video games in the garage of his home when a 3-year-old girl he is related to wandered into the area. At some point, he became sexually aroused by the toddler, pulled her pants down and assaulted her, according to officials at the Orange County District Attorney's Office.

During the assault, the girl's mother was looking for her and attempted to get into the garage, but it was locked. The mother then searched for her daughter in a neighbor's home. Rojano-Nieto is said to have put his hand over the girl's mouth to keep her from crying for her mother. He then made the toddler touch his penis.

Rojano-Nieto was convicted, yet controversy arose in the sentencing phase because of a state mandate for severe punishments for sex offenders. In 2006, 70 percent of California voters approved Proposition 83 to increase penalties for sex offenses, which meant Rojano-Nieto's "crime carried a mandatory 25-years-to-life sentence," according to The Orange County Register. However, judge Marc Kelly felt that imposing the mandatory sentence would have been tantamount to "cruel and unusual” punishment, in part because Rojano-Nieto "almost immediately" stopped assaulting the toddler. Kelly sentenced Rojano-Nieto to ten years in prison instead. The Register reports:

Kelly agreed that under most circumstances the [25-year mandatory] sentence would be appropriate.

“However, in looking at the facts of Mr. Rojano’s case, the manner in which this offense was committed is not typical of a predatory, violent brutal sodomy of a child case,” Kelly said. “Mr. Roiano did not seek out or stalk (the victim). He was playing video games and she wandered into the garage. He inexplicably became sexually aroused but did not appear to consciously intend to harm (the victim) when he sexually assaulted her.”

The defendant “almost immediately” stopped and “realized the wrongfulness of his act,” Kelly said.

“Although serious and despicable, this does not compare to a situation where a pedophilic child predator preys on an innocent child,” Kelly said. “There was no violence or callous disregard for (the victim’s) well-being.”

The judge also noted the defendant “has shown extreme remorse for his actions and has been willing to accept the consequences,” Kelly said. “Mr. Rojano was born into and raised in a dysfunctional familiar environment.”

Pointing to a doctor’s report, the judge said that while growing up the defendant suffered “a great deal of family disruption and abuse, making him an insecure, socially withdrawn, timid, and extremely immature young man with limited self-esteem.”

Unfortunately, the notorious Your News Wire fake news site opted to turn this tragic story into clickbait, publishing a (mostly accurate) summary of the case under the false headline "Judge Cuts Pedophile’s Prison Term Claiming 3-Yr-Old ‘Asked’ to Be Raped," and including the following fabricated statement in the middle of their article:

[Judge Kelly] also backed the claim from child rapist Kevin Rojano that the young girl initiated the act of sodomy. Rojano said in his own defense that “she asked me to do it.“

This false notion that the defendant claimed the victim "asked me to do it," and that the judge "backed" his claim, appeared nowhere in any reporting on the case, nor in the judge's sentencing analysis.

Rather, the judge held that he was recommending a lesser sentence because Rojano-Nieto had acted on a momentary impulse, had promptly recognized its wrongfulness, and had stopped almost immediately:

Sodomy of a 3 year old child is a horrific crime, and imposition of harsh punishment will ordinarily not give rise to constitutional concerns.

However, in looking at the facts of Mr. Rojano's case, the manner in which this offense was committed is not typical of a predatory, violent brutal sodomy of a child case:

Mr. Rojano did not seek out or stalk his sister. He was playing video games and she wandered into the garage. He inexplicably became sexually aroused but did not appear to consciously intend to harm [her] when he sexually assaulted her; as noted by defense, in an instant, he reacted to a sexual urge and stopped almost immediately after he put his penis in [her] anus.

Within seconds of commencing his offense, he realized the wrongfulness of his act and stopped without ejaculating.

Although serious and despicable, this does not compare to a situation where a pedophilic child predator preys on an innocent child. There was no violence or callous disregard for [the victim's] well-being.

Per Dr. Apodaca: Mr. Rojano is not a sexual predator and is not a pedophile, nor a sexual deviant. As the defense has noted, he is a confused young man who acted inappropriately in an instant with immensely damaging ramifications for the victim, his family, and himself.

As a result, a mandatory term of 25 years to Life in state prison for Mr. Rojano's offense is grossly disproportionate to his individual culpability, and thus would amount to cruel and unusual punishment in this Court's eyes.

Kelly's decision sparked protests and nationwide calls for him to be removed from the bench, and for his sentence ruling to be overturned.

In a unanimous decision, the 4th District Court of Appeal held that there was nothing cruel or unusual about imposing the mandatory sentence in Rojano-Nieto’s case because his offense was not significantly different from other cases of sodomy on a child under 10. The appellate court ordered that Rojano-Nieto be returned to Orange County to be re-sentenced, as the prosecution had argued he should be:

We do not agree with the trial court's assessment of the significance of Rojano's actions. Although the trial court minimized the serious nature of Rojano's molestation of [the victim] by characterizing it as happening "in an instant" and stopping "within seconds" when Rojano "realized the wrongfulness of his act," the trial court ignored important undisputed evidence about the entire scope of Rojano's actions. Crucially, Rojano was charged with and convicted of two separate criminal acts against [the victim], namely (1) sodomizing her, which was the factual basis for count 1; and (2) making her touch his penis and masturbate him, which was the factual basis for count 2. During the interview with the social worker, [the victim] stated that Rojano made her touch his penis after he sodomized her. Therefore, it is simply not accurate to characterize the evidence as showing that Rojano acted momentarily and impulsively, and then immediately stopped the molestation when he recognized that it was wrong. Instead of ceasing the molestation after sodomizing [the victim], Rojano continued to molest [the victim] by committing a second sexually predatory criminal act. Further, the evidence shows that rather than being based on a momentary impulse that occurred in an "instant," Rojano's molestation of [the victim] was something upon which he had time to reflect before acting. Specifically, Rojano locked the garage door and spoke with [the victim] about buying [her] Cheetos before commencing his wrongful acts.

For the reasons we have set forth ... we conclude that Rojano committed a grave and serious offense when he sodomized [the victim]. Therefore, a sentence of 25 years to life is not grossly disproportionate to the crime and does not constitute cruel and unusual punishment under the Eighth Amendment to the United States Constitution.

If Rojano-Nieto had claimed his 3-year-old victim had "asked to be raped," that element would surely have been cited by the prosecution as a factor supporting a harsher sentence. But again, no such claim was mentioned anywhere in their brief to the court.