Did Seattle Police Confiscate a Man's Guns Without a Warrant? 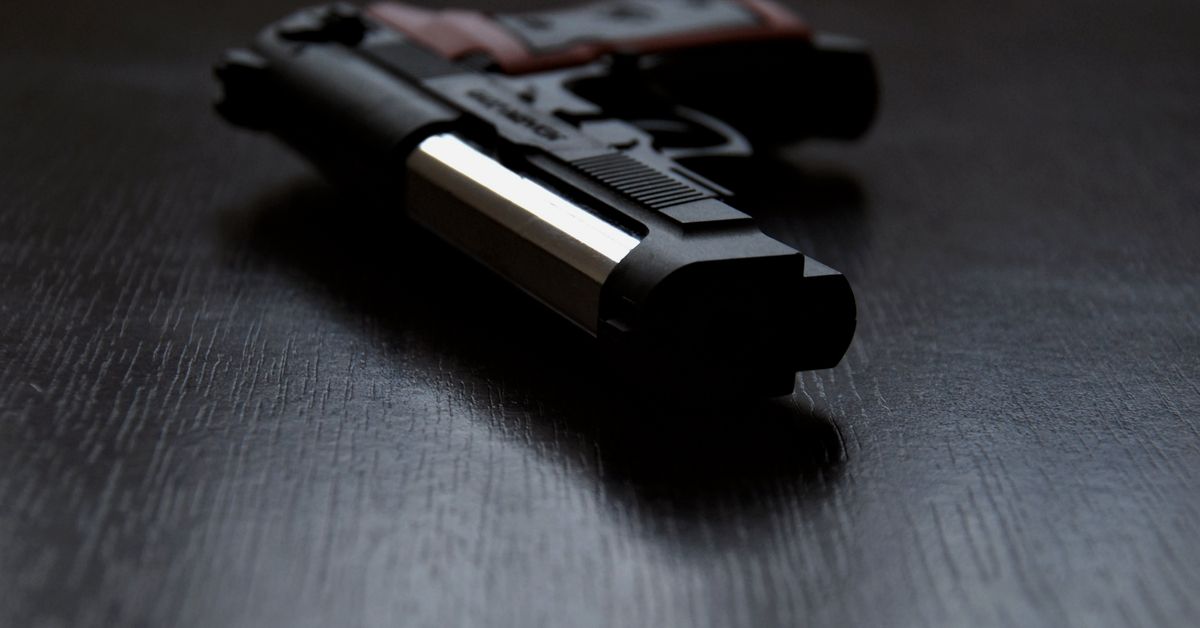 Claim:
Police in Seattle took a man's gun away from him without a warrant.
Rating:

A man in Seattle has had his gun confiscated by police after breaking no laws. The police took his gun without a warrant and without pressing any charges.  Tyranny has officially taken hold on American soil.

This sets a precedent that government can now forcefully take guns away from an individual without a crime being committed or an arrest being made and without a warrant. In the name of fear and political exploitation of anti-gun rhetoric, a citizen’s Second Amendment rights have been ripped away from him by the government.

On 2 March 2018, officers seized a 31-year-old man's handgun while serving him with an extreme risk protection order (often shortened to ERPO) requiring him to do so. Police said in a statement that the unidentified man had been the subject of "multiple calls" concerning his behavior.
Before seizing his handgun, they said, the suspect had surrendered a shotgun to them in May 2017, after being served with an anti-harassment order. Police said he "acknowledged he was experiencing 'stress' and did not want it around." A spokesperson said:

Due to his numerous contacts with police and escalating behavior, SPD's Crisis Response Squad filed for an Extreme Risk Protection Order, requiring the man to turn over all firearms. After the man failed to turn over his firearms or appear in court for a hearing on the order, police obtained a warrant and responded to the man's apartment in the 2200 block of 2nd Avenue just after 1 p.m. on March 1st and took him into custody.

However, many of these blogs misrepresented the statement, claiming that no warrants and no arrests were involved and ignoring the man's failure to appear in court to address the protection order:

A police spokesperson confirmed to us via email that the unidentified man had been reported for harassing people at a restaurant near his home, saying:

The suspect in this case had been standing outside of the location while wearing a holstered pistol and threatening individuals exiting the premises, which in turn caused some people to be fearful that he might hurt them. This is a violation of law in Washinginton State. The man was taken into custody for his violation which ended in a warrant being issued by the judge for his arrest.

According to state law:

It shall be unlawful for any person to carry, exhibit, display, or draw any firearm, dagger, sword, knife or other cutting or stabbing instrument, club, or any other weapon apparently capable of producing bodily harm, in a manner, under circumstances, and at a time and place that either manifests an intent to intimidate another or that warrants alarm for the safety of other persons.

According to the department spokesperson, the suspect -- who lives directly above the restaurant -- stood on a sidewalk in front of the business "yelling obscenities and accusing them of 'talking to him through the floor.'" He later called officers back to the scene, saying that he could hear "taunting and voices" emanating from the restaurant. While meeting with police, they said, he said that he wanted a restaurant employee "arrested or shot." He was detained and later taken to receive medical services.

Sergeant Eric Pisconski, who heads the unit responsible for carrying out protection order-related seizures, said of the case:

We attempted multiple times to get the individual to fulfill that order of turning over their firearms. And he refused multiple times. We were forced, at that point, to take the next step in the ERPO law which is petitioning for a search warrant to go in and enter their home and remove the firearms from them.

The involuntary gun seizure was reportedly the first of its kind, though not the first seizure overall, to be done under the auspices of the risk order, which was created by Initiative 1491, a Washington state ballot measure that was approved by voters on 8 November 2016 and also called a "red flag" law.

The law allows for orders to be filed against a firearm owner by police or family members if they feel that the firearm owner "poses a significant danger of causing personal injury to self or others by having in his or her custody or control, purchasing, possessing, or receiving a firearm." The law, which went into effect in 2017, states that confiscations conducted as a result of the orders may last a year.

Washington is one of five states with red flag laws. Around 24 other states — including Florida, where a mass shooting attack in February 2018 reignited the gun safety debate throughout the United States — are reportedly considering passing similar legislation.

However, the American Civil Liberties Union has opposed such laws; its Rhode Island chapter said in an analysis released on 2 March 2018:

The legislation allows a court to intervene in potentially major and intrusive ways on a person's liberty and property interests without any indication, much less suggestion, that the person has engaged in any criminal conduct – or even that he or she may do so imminently. In that regard, the bill places judges in the unenviable – indeed, impossible – position of trying to predict who may and may not become a mass murderer. Psychiatry and the medical sciences have not succeeded in this realm, and there is no basis for believing courts will do any better. The result will likely be a significant impact on the rights of many innocent individuals in the hope of preventing a tragedy.