Is Trump’s Face Hidden in These Baboon Feces?

"The editors have become aware of unusual aspects to the ‘Extract fecal DNA’ illustration in figure 1." 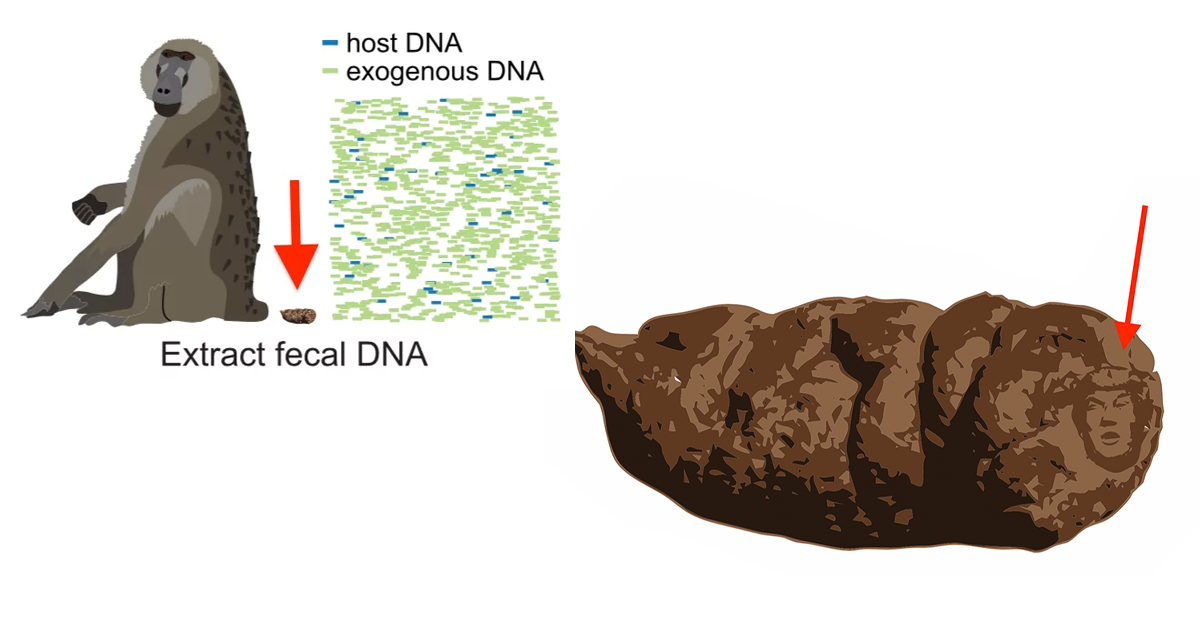 On 31 January 2018, Kenneth Chiou and Christina Bergey published a paper in the journal Scientific Reports describing a method for sampling the genome of an animal population via feces:

We have developed a method that makes noninvasive population genomics economically and practically feasible for the first time, by exploiting natural, evolutionarily ancient differences in CpG-methylation densities between vertebrate and bacterial genomes to enrich the host genome from feces. On 13 December 2018, a member of the Facebook group “Wild Green Memes for Ecological Fiends” posted a video that revealed what looked to be President Donald Trump’s hidden the diagram's representation of baboon feces. Although that version of the diagram appears to be in jeopardy now that the journal's editors are aware of it, we were able to grab a close-up of it as it appeared in the original paper: On 14 December 2018, the editors of Scientific Reviews appended the article with this statement:

The editors have become aware of unusual aspects to the ‘Extract fecal DNA’ illustration in figure 1. We are investigating, and appropriate editorial action will be taken once the matter is resolved.

We have reached out to the authors of the paper for additional background and will update our article if we receive a response.