Did Schumer Say ‘Erection’ on the Senate Floor?

Sure did. And the internet had something to say about it. 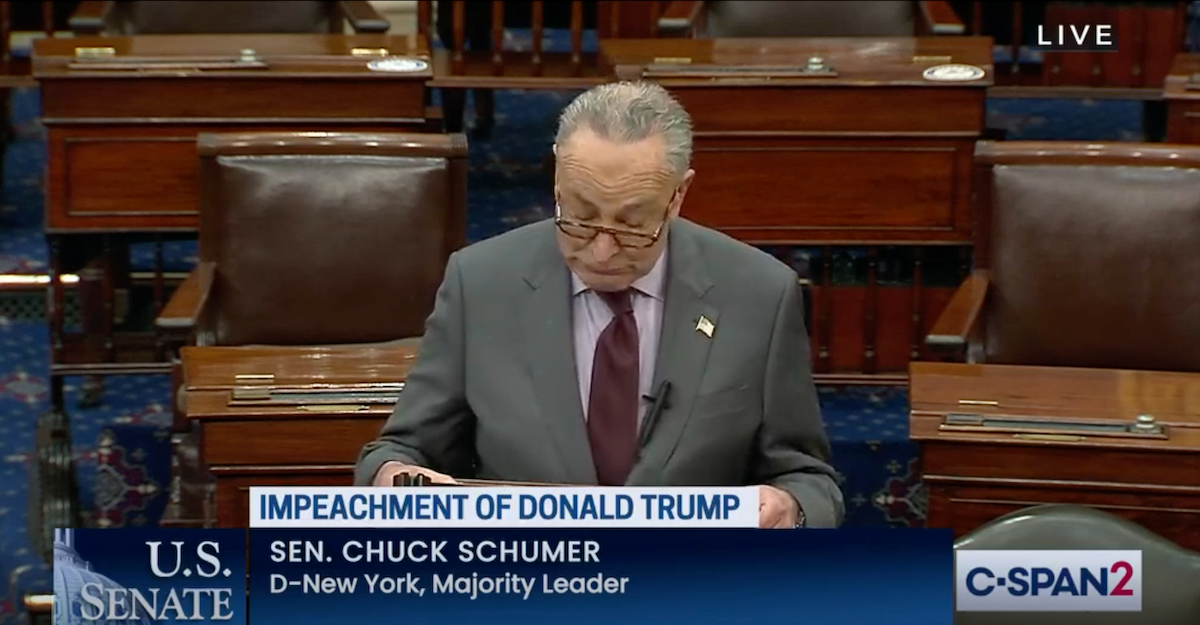 Just two days after U.S. President Joe Biden was inaugurated, Senate Majority Leader Chuck Schumer took to the Senate floor to announce the soon-to-be delivered articles of impeachment against former President Donald Trump. And during his speech, the Democratic New Yorker had a major slip of the tongue.

In a nearly two-minute-long clip that was streamed live on C-SPAN on Jan. 22, 2021, Schumer reported that Speaker of the House Nancy Pelosi intended to deliver the articles to the Senate by Jan. 25 in connection with Trump's alleged incitement of the U.S. Capitol uprising on Jan. 6 in Washington, D.C.

“And when that trial ends, senators will have to decide if they believe Donald John Trump incited the erection — insurrection — against the United States,” said Schumer.

Yes, Schumer said “erection” when he meant to say “insurrection.” And, in true 2021 fashion, the internet had its way with the political gaffe.

Some social media users made fun of the blooper, claiming that the senator accused Trump of "inciting an erection."

While others joked about the uncomfortable facial expression Schumer made after the blunder.

Others drew parallels between the "uprisings" made by both rioters on Capitol and, well, Schumer's remark.

Some noted that light-natured fun had come from the flub.

But in the end, most agreed that it was time for Sen. Bernie Sanders to step out of the meme spotlight and make way for Schumer.