Does Seattle Have a ‘Schitt’s Creek’-Inspired Mini Rosebud Motel?

The popular Canadian television show became a creative outlet for one man during the pandemic. 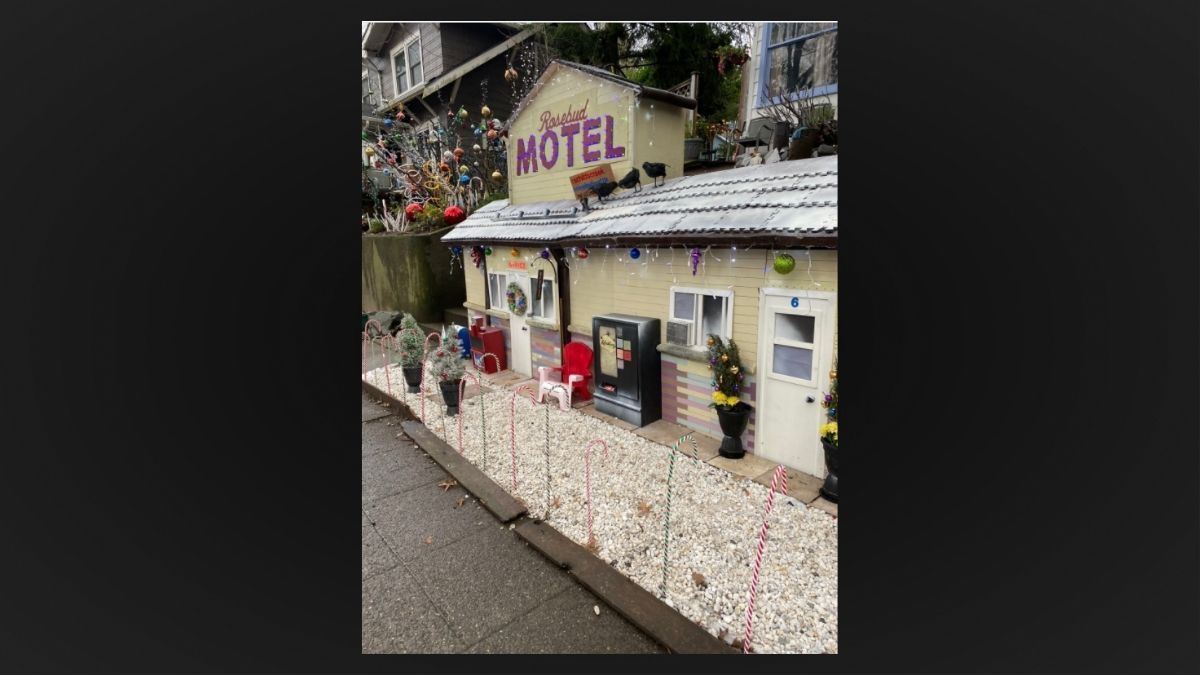 Claim:
A man created a miniature Rosebud motel facade in a Seattle neighborhood, inspired by the setting of the popular comedy series “Schitt’s Creek.”
Rating:

The COVID-19 pandemic has resulted in a lot of people pursuing their own creative projects, and for one Seattle man, it allowed him to indulge in his love for the comedy television series “Schitt’s Creek.”

According to The Seattle Times, in November 2020, Richard Knowles created a miniature facade of the fictional Rosebud Motel, which serves as the setting of the popular show.

The motel facade, which was created by Knowles around the wall in front of his home in Seattle’s Queen Anne neighborhood, has many details from the show’s set, and according to Knowles, gets around 200 groups of visitors a day.

For the last few Halloweens, Knowles has been putting up a facade of the fictional Bates Motel from the movie “Psycho.” This year, because of the pandemic, he decided to do something different. He made almost everything on the facade himself.

While "Rosebud Motel" is fictional, the actual building is located more than an hour away from downtown Toronto, and was recently put up for sale.

The miniature motel in Seattle will be up for at least the first week of January 2021 and might return in the future.