A meme played on social media's fascination with astronomy by claiming that Saturn would appear to be impossibly close to Earth in May 2016. 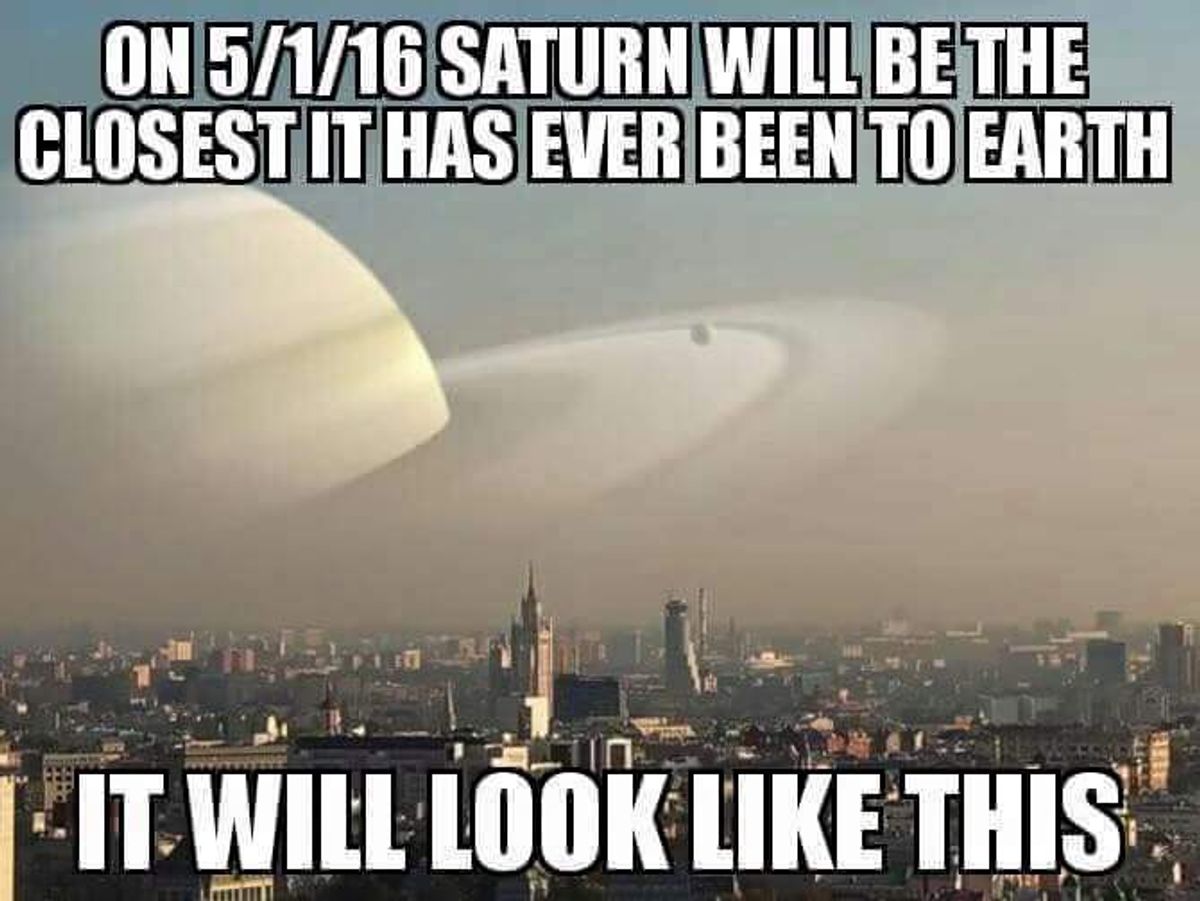 Claim:
On 1 May 2016, Saturn will be prominently visible in both the day and night sky.
Rating:

In April 2016, the above-reproduced meme began circulating on Facebook and Twitter, claiming that in May 2016 Saturn would appear prominently in the sky (alongside a mockup of the purported event):

On 5/1/16 Saturn will be the closest to the Earth it has ever been.

As with prior hoaxes involving a pink moon, a green moon, and various other events in the sky, the Saturn meme includes no supplementary information.

The web site Sea and Sky maintains a comprehensive astronomy calendar. While the month of May 2016 was a fairly busy one in the sky (including an expected meteor shower and a transit of Mercury across the sun), no events involving Saturn are expected in that timeframe -- especially one that is obviously scientifically impossible.

On 3 June 2016, the site has an event listed titled "Saturn at Opposition," but while Saturn might be visible, it won't take over the sky:

The ringed planet will be at its closest approach to Earth and its face will be fully illuminated by the Sun. It will be brighter than any other time of the year and will be visible all night long. This is the best time to view and photograph Saturn and its moons. A medium-sized or larger telescope will allow you to see Saturn's rings and a few of its brightest moons.

Despite the meme, there is no indication that simply looking out of a window during the day will provide a stunning view of Saturn on the horizon.