Was Sasha Obama Arrested in a 'Million-Dollar Shoplifting Ring'?

The "mugshot" of Sasha Obama used in this article was created from a 2015 photograph of her returning to the White House after a vacation. 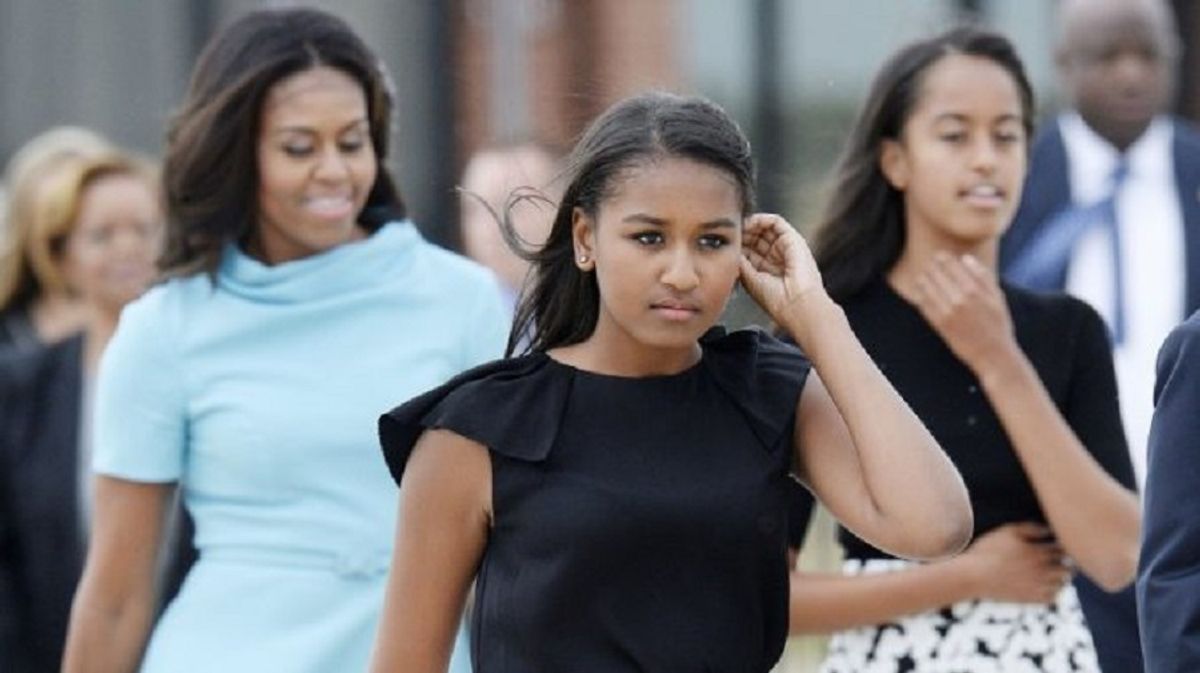 Claim:
Sasha Obama was arrested for her participation in a large-scale shoplifting ring.
Rating:

On July 28, 2019, the ObamaWatcher website published an article positing that Sasha Obama, the daughter of former president Barack Obama, had been arrested for shoplifting."

Police at a fancy shopping mall outside of Chicago have nabbed what they described as a “million-dollar shoplifting ring,” and with it — Sasha Obama. Obama was reportedly included in the intitial arrest but has since been removed from the record completely. No media has reported it and the Skokie police have no record that she’s even been to Rosemont. This item was not a factual recounting of real-life events. The article originated with a website that describes its output as being humorous or satirical in nature: "Obamawatcher.com is a subsidiary of the 'America’s Last Line of Defense' network of parody, satire, and tomfoolery."

The "mugshot" of Sasha Obama used in this article was created from a 2015 photograph of her returning to the White House after a vacation: