A story that the former Alaska governor called for the boycott after discovering that the mall had hired its first black Santa Claus is a hoax. 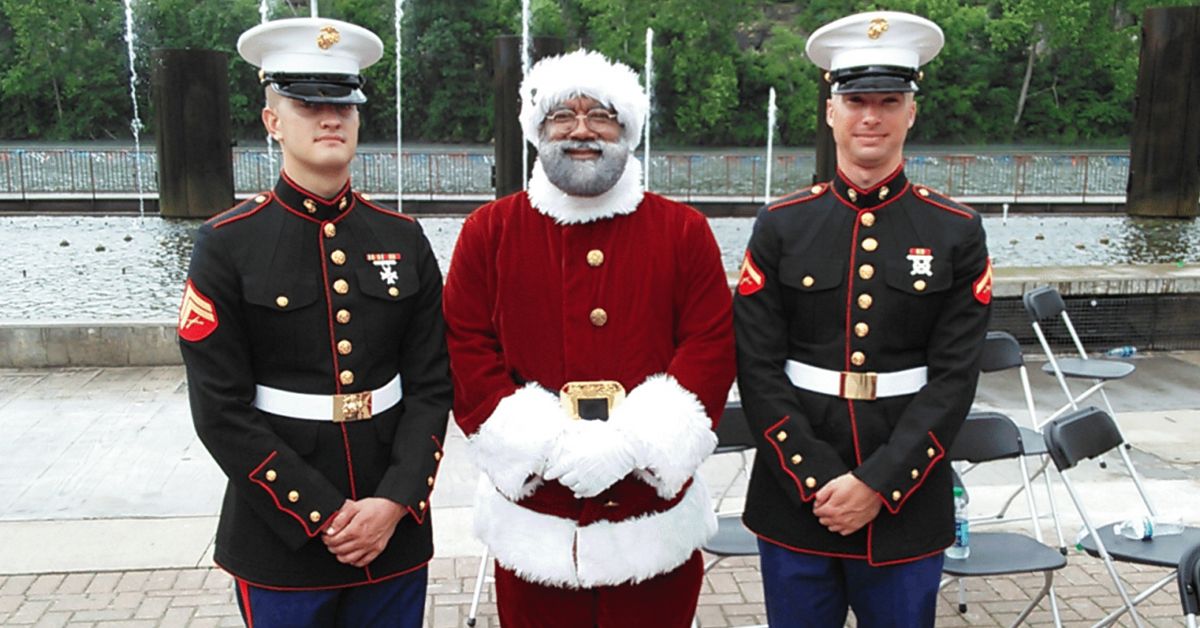 Claim:
Sarah Palin called for a Mall of America boycott over its hiring a black man to play Santa Claus.
Rating:

On 3 December 2016, Politicops published an article reporting that Alaska's former governor (and 2008 vice presidential pick) Sarah Palin called for a boycott of the Mall of America after it hired a black man to play Santa, because the character was always "white" in the "Bible":

The announcement that Mall of America was welcoming its first black Santa Claus was greeted in many quarters as a good thing but, as might be expected in a country that has become increasingly more comfortable saying any racist thing that comes to mind, many were highly offended ... Among many who were offended by this move was former half-term governor of Alaska, Sarah Palin. The sharp-tongued Republican wasted no time in condemning the company’s actions, going on social media and posting comments that called for boycotting and “running Mall of America into the ground,” on the basis of Santa “always having been white in the Bible.” “No, I refuse to believe that they went this far in trying to cater to the minorities, I thought the company had some backbone but I guess I was wrong,” Palin told the Minneapolis Star-Tribune.

She also argued that hiring a non-white Santa Claus was “the last straw” in corporate America’s twisting of traditional, conservative Christian values, “because they realized they couldn’t make any more money off of the usual scams and techniques they’ve been using so far.” She added, “That’s why they had to come up with something new and out of the box, at least something that appeared that way in their minds. But, this proves that they have no morals and that they won’t shy away from even the most blatant twisting of traditional Christian values, just so they could make more money. I understand having to make a profit in order to get by and have a good life, but I don’t understand stomping on things that are holy and sacred in order to accomplish that ... Americans, especially white ones, need to boycott the company and need to run it into the ground, so that they never ever come up with such an offensive and sacrilegious idea again,” Palin added.

Like all items published by Politicops, (and sister sites Religionlo, Politicalo, and Politcops), the article's first paragraph referenced a real debate over the Mall of America's black Santa.  However, Palin made no such remarks about a boycott, and the tacked on fabrication is standard for this particular family of fake news outlets. Articles from Newslo and its sister sites typically begin with a paragraph of fact-based information before launching into fabricated details.

Newslo's fake news sites often display under the lesser-known Politicops domain on social media, but all include a button allowing readers to "show facts" or "hide facts" to highlight the truthful material in the article.

However, all articles display by default in "hide facts" mode, so most readers view articles (or their headlines on social media) without embellishments marked:

Prior Newslo fabrications included claims that Chris Christie thought that a female Viagra would cause an uptick in "lesbianism" (and separately that he voted down a gender pay parity bill for Bible-based reasons), an Alabama politician tried to implement saliva-based "hunger tests" for food stamp recipients, Ted Cruz affirmed he'd run as a Democrat if something affected Hillary Clinton's candidacy, Mike Pence said that if abortion was legal in cases of rape women would try to "get raped" in order to obtain an abortion, the father of Brock Turner lamented the absence of punishment for the victim in his son's sexual assault case, and that televangelist Pat Robertson claimed David Bowie did not die, but was kidnapped by demons.