Was Sarah Huckabee Sanders Voted Among the 'Most Admired' Women in the United States?

A pro-Trump Facebook page accurately alludes to the results of an April 2018 survey from YouGov. 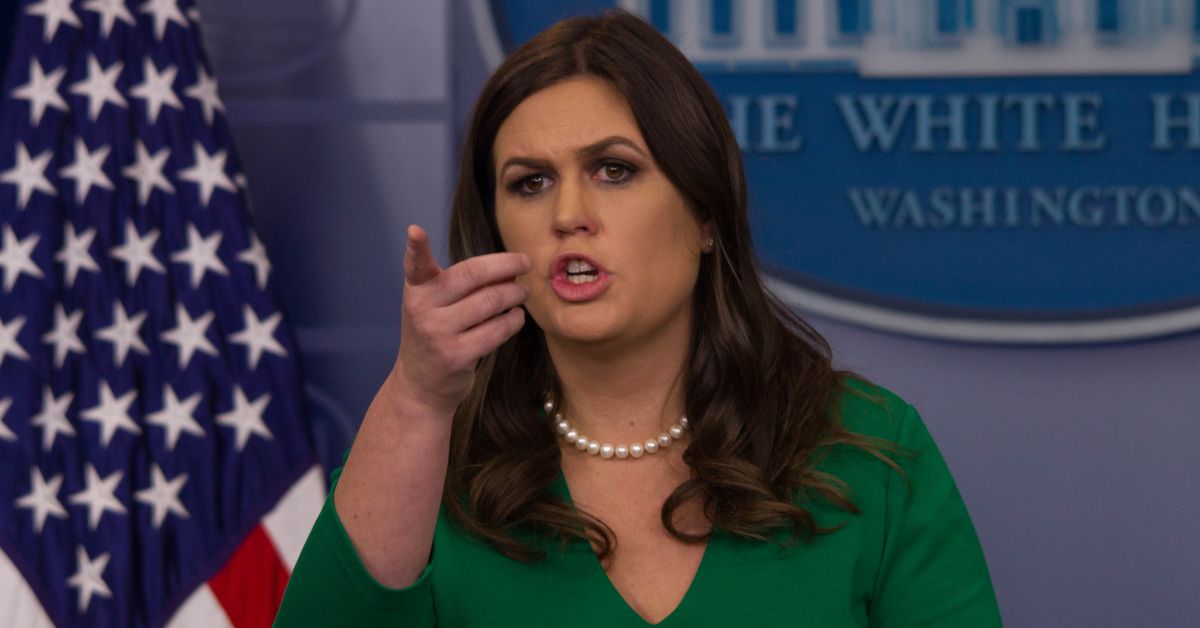 Claim:
In 2018, White House Press Secretary Sarah Huckabee Sanders was listed as one of the 10 "most admired" women in the United States.
Rating:

White House Press Secretary Sarah Huckabee Sanders has been the subject of intense scrutiny and criticism as one of President Donald Trump's chief spokespersons since his inauguration in January 2017.

Her consistent defense of sometimes vacillating and even contradictory statements by Trump, as well as her occasionally combative style have made her the subject of ridicule by late night talk show hosts and in Saturday Night Live sketches. In April 2018, comedian Michelle Wolf targeted Huckabee Sanders in a controversial monologue at the White House Correspondents Association dinner.

It might come as a surprise, then, to learn that many members of the American public admire her more than nearly any other woman in the world. In May 2018, the "Trump 2020" Facebook page — which is not affiliated with the president's official re-election campaign — made just such a claim, posting a meme which read:

Congrats to Sarah Huckabee Sanders. Sarah was just named as one of the ten most admired women in America. This is true. In April 2018, the UK-based polling firm YouGov published the results of its "World's Most Admired" survey. Respondents in the United States ranked Huckabee Sanders the ninth most admired woman in the world. (You can view the United States' rankings by choosing "USA" from the drop-down list of countries.)

By some distance, the man most admired by American survey respondents is former president Barack Obama. His successor, Donald Trump, was ranked second, ahead of Pope Francis, Dwayne "The Rock" Johnson, Clint Eastwood and Vermont Senator Bernie Sanders — all of whom appeared in the top ten.

In an article accompanying the rankings, YouGov explained how the "Most Admired" list was finalized:

In December, YouGov gathered open-ended nominations from panellists across 35 countries, asking them simply: “Thinking about people alive in the world today, which [man or woman] do you most admire?” These nominations were then used to compile a list of the 20 men and 20 women who received the most nominations and were nominated in at least four countries. An additional 10 popular local figures were added to the lists for individual countries.

Over the beginning of the year we then used the lists to poll each of the 35 countries asking two questions: “who do you truly admire?”, where respondents could make multiple selections, and “who do you MOST admire?”, where they could only pick one. These two numbers were combined into a percentage share of admiration...

Huckabee Sanders received a percentage share of 3.6 percent — the same share of the vote received by First Lady Melania Trump, who was listed as the tenth most admired woman in the world among American survey respondents, but who effectively tied for ninth place with the White House Press Secretary.