Bernie Sanders has been criticized as hypocritical for only paying his interns $12 an hour despite his campaigning to raise the minimum wage to $15 an hour. 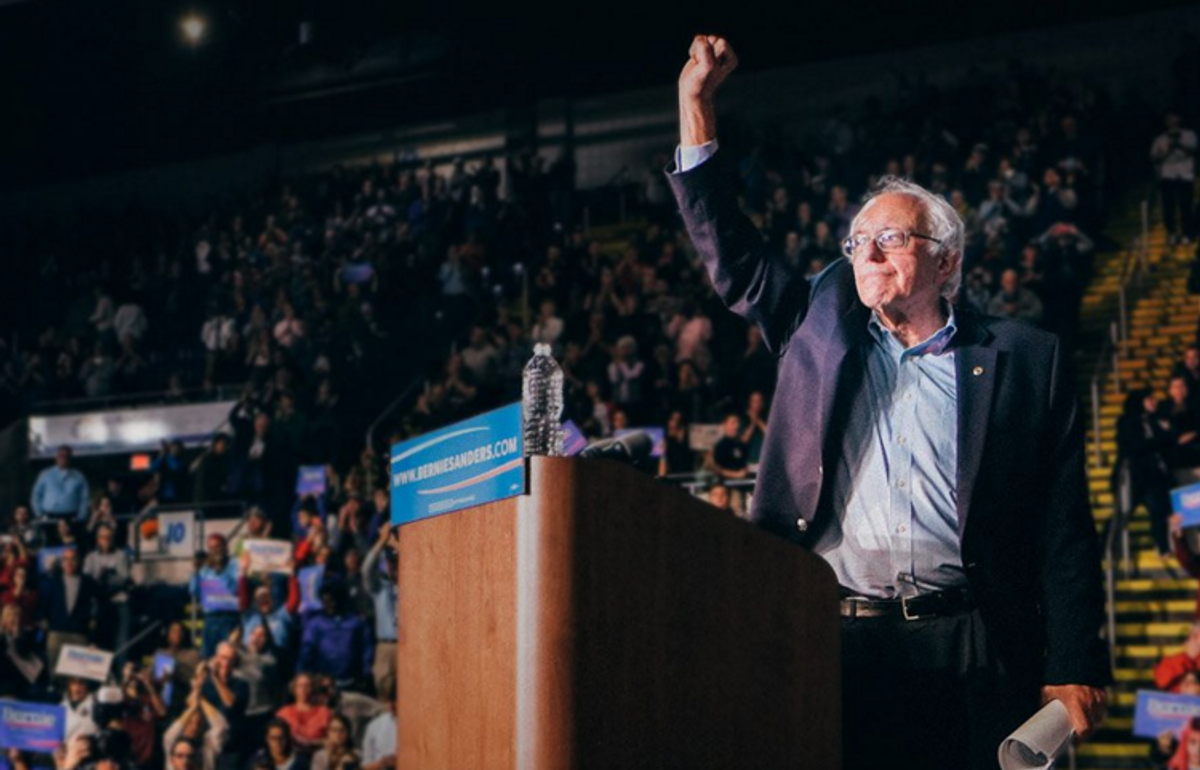 Claim:
Bernie Sanders pays his staff interns $12 per hour while campaigning for a minimum wage increase to $15 per hour.
Rating:

In January 2016, a meme criticizing Democratic presidential candidate Bernie Sanders for only paying his "staff interns" $12 an hour while simultaneously campaigning to raise the national minimum wage of $15 an hour began circulating online. The meme attempted to paint Sanders as a hypocrite, accusing the senator of giving himself a "pass" on his proposed policy: An increase in the national minimum wage has indeed been one of Sanders' main campaign issues during the 2016 election:

Millions of Americans are working for totally inadequate wages. We must ensure that no full-time worker lives in poverty. The current federal minimum wage is starvation pay and must become a living wage. We must increase it to $15 an hour over the next several years.

It's true Sanders pays his interns $12 an hour, as noted by a page on the candidate's own Senate web site that clearly states that "interns are paid $12 per hour." This, however, does not necessarily mean that Sanders gave himself a "pass" on his proposal to raise the minimum wage.

First, the above-displayed meme uses the confusing term "staff interns," which has led many people to believe that the senator only pays his staff members $12 per hour. This pay rate, however, applies only interns (who in many occupational fields work without compensation or for very low pay in return for gaining valuable experience) filling positions available to college students and recent graduates seeking work in Congress:

Interns are an integral part of our Senate operation and contribute greatly to the senator's work on behalf of Vermont and the nation. Senate interns have the unique privilege of gaining an insider's perspective on the legislative and representative process. Our Washington and Burlington offices offer paid full- and part-time internships tailored for recent graduates and current students at the undergraduate or graduate level.

Second, the national minimum wage does not apply to internships. The Fair Labor Standards Act lists six criteria (such as "the internship experience is for the benefit of the intern") that private sector companies may meet in order to offer unpaid internships, and Congress has further exempted itself from some of these standards. According to an article published in the Atlantic, only one third of U.S. senators paid their interns anything at all in 2013.

It should also be noted that these $12 per hour internships are for positions working as aides to Sanders in the U.S. Senate, not for positions on his 2016 presidential campaign staff.