Did Sheryl Sandberg Suggest US Capitol Riot Was Not Organized on Facebook?

The Facebook executive pointed to Facebook's "abilities to stop hate," "standards," and "transparency." 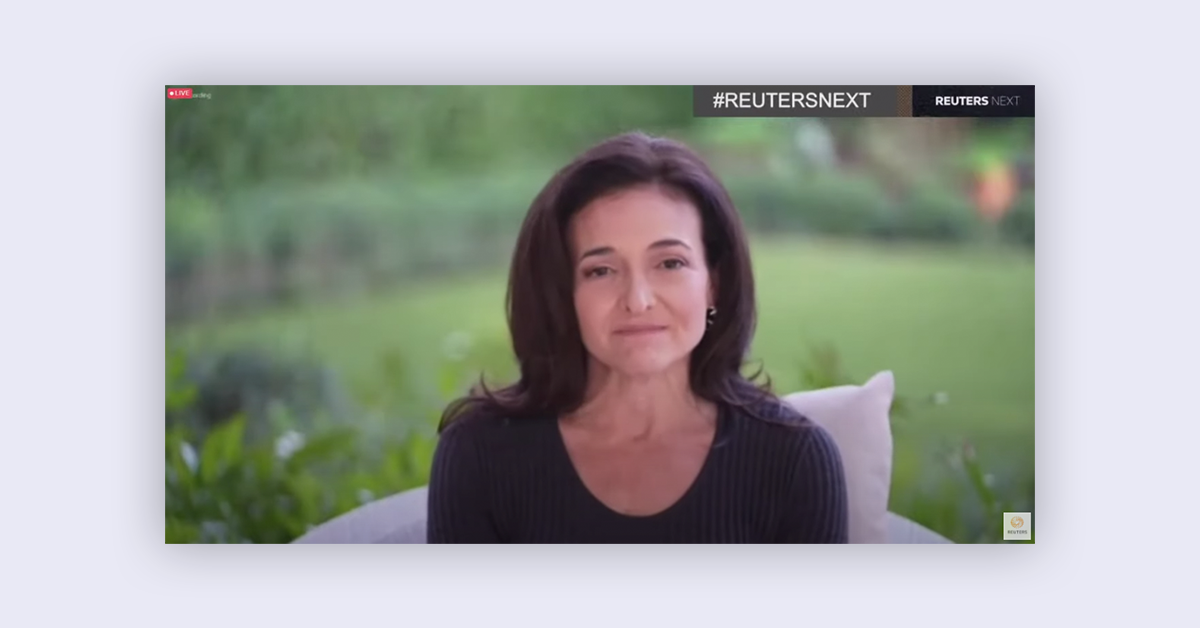 On Jan. 11, 2021, Facebook COO Sheryl Sandberg was interviewed by Reuters reporter Gina Chon for the Reuters NEXT conference. Though scheduled prior to the Jan. 6 insurrection at the U.S. Capitol, her appearance became an opportunity to probe Facebook leadership on the actions the company had taken both before and after the Capitol riot, which was planned to a large degree on social media.

In that interview, Chon asked if there was anything Facebook could have done sooner to prevent the attack. In response, Sandberg suggested that the events in D.C. were "largely" organized on other platforms, saying that they had acted aggressively to stop or reduce the reach of several online audiences engaged in the riots:

We know this was organized online. [We] took down Q Anon, Proud Boys, Stop the Steal — anything that was talking about possible violence last week. Our enforcement is never perfect, so I'm sure there were still things on Facebook.

I think these events were largely organized on platforms that don't have our abilities to stop hate and don't have our standards and don't have our transparency. But certainly to this day, you're working to find any single mention that might be dangerous and making sure we get it down as quickly as possible.

The comment was controversial for several reasons, and Sandberg has a history of misrepresenting the truth about Facebook's actions and culpability in previous company scandals.

As BuzzFeed News reported, whatever efforts Facebook putatively undertook to enforce a ban on violent rhetoric surrounding so-called "Stop the Steal" groups before the riot were far from comprehensive. Two days after the riot, the outlet reported finding over 66 such groups on Facebook.

The statement, nonetheless, is correctly attributed to Sandberg.