Was a Bold Drugstore Shoplifting Incident in SF Due to 'No Arrest' Policy?

Video of a brazen crime in the Bay Area wasn't what some people on social media claimed it to be. 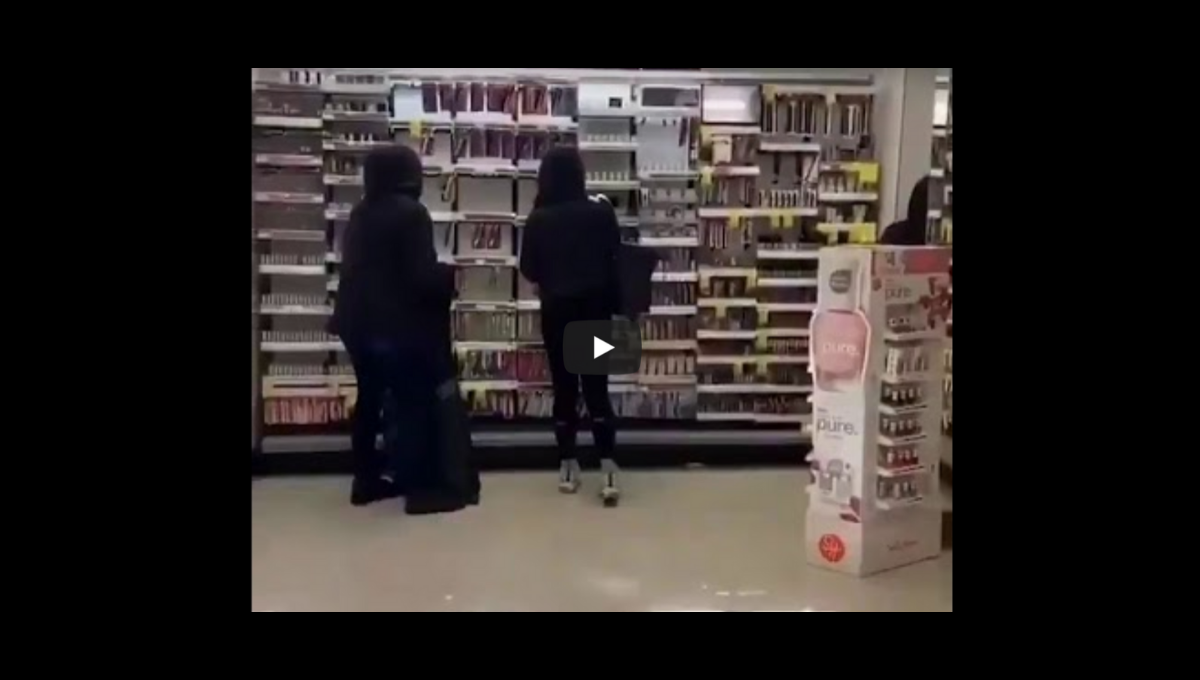 Claim:
A brazen drugstore shoplifting incident in San Francisco was the result of some kind of "no arrest" policy or state Proposition 47.
Rating:

In early March 2020, a number of social media users posted a video of a genuine shoplifting incident in San Francisco, California, along with commentary that the incident was evidence of "radical left" leadership that led to lenient policies that were responsible for the crime:

Specifically, some viewers claimed the crime was the result of some unspecified "no arrest" policy in the city of San Francisco. Others stated the incident was the upshot of California Proposition 47, a 2014 ballot measure that, among other reforms, created a new penal code for shoplifting that didn't exist before, classifying it as a misdemeanor if the dollar amount stolen was less than $950.

Both claims are false. We contacted the San Francisco Police Department (SFPD), and a spokesman there said the shoplifting incident was real and occurred about 1 p.m. on Feb. 29, 2020. Employees at the Walgreens drugstore where it occurred told police that three females, possibly minors, took "several cosmetic items," then fled before police arrived. The investigation remains open and no arrests have been made.

San Francisco Police Officer Robert Rueca said that SFPD doesn't have a "no arrest" policy. "If we have the probable cause to believe that someone has committed a crime, we will arrest the suspects and present that case to the District Attorney," Rueca said in an email to Snopes.

It's also a mischaracterization of events to claim the crime was allowed to occur because of purported leniency resulting from Prop 47.

A person who is accused of committing any misdemeanor can be arrested and face jail time under California state law. Shoplifting in the state is punishable by up to six months in county jail. Shoplifting is defined under California law as "entering a commercial establishment with intent to commit larceny while that establishment is open during regular business hours, where the value of the property that is taken or intended to be taken does not exceed nine hundred fifty dollars ($950)."

Prop 47, which California voters approved in 2014, reclassified some minor crimes as misdemeanors instead of felonies, with the intent of reducing what was at the time a severely overcrowded prison population. The aim was also to reduce the number of people serving long sentences and ending up with felony-conviction records for petty crimes.

Prop 47 increased the felony threshold for certain types of theft from $450 to $950 — meaning the simple theft of property valued below $950 is a misdemeanor. It also reduced simple drug possession (possession of drugs without the intent to sell) to a misdemeanor. The claim that Prop 47 is to blame for the incident depicted in the video is representative of misinformation that has been circulating about the law for years, said George Gascón, the former district attorney of San Francisco who is now running for the same position in Los Angeles County and who co-authored Prop 47.

Although the threshold for misdemeanor-versus-felony theft prior to Prop 47 was $450, it's unclear whether the new law makes any potential difference in the San Francisco case. In the video, the thieves are seen stuffing drugstore-brand cosmetics into bags. It's unknown how much the items were worth — SFPD would not give us an estimate.

"Prop 47 doesn’t cover robberies, theft by the use of force or fear. It doesn't cover burglaries," Gascón said. "If you break into a structure with the intent to commit theft or another felony, that continues to be a felony. If someone breaks into your car to steal even a pack of cigarettes, that’s still a felony. Even the crimes that are covered by Prop 47, they were not decriminalized. We moved them from a felony to a misdemeanor. [Perpetrators] can still go to county jail" if they are convicted.

The claim that increasing the value of shoplifted property to meet a felony threshold is contributing to a rash of crime in California is spurious, given that other states have higher thresholds (Texas' felony threshold, for instance, is $2,500). A 2018 Pew Research study found that states that increased thresholds to account for inflation did not see a resulting uptick in crime as a result.

Gascón said that when crafting Prop 47, he and his co-authors purposely looked at felony thresholds in red states. States like Texas and Tennessee "had significantly higher thresholds between felonies and misdemeanors," Gascón told us.

Part of the intent behind Prop 47 was to deal with inequality embedded in the system, Gascón said. For example, crack possession used to be a felony while possession of drugs like methamphetamines and cocaine were what were known as "wobblers," he said, which is jargon for crimes that prosecutors had some discretion to charge either as misdemeanors or felonies. Racial discrepancies existed in terms of who was most likely to have those drugs; African Americans, for instance, were more likely to be charged with felony drug possession than whites were, he said.

Prop 47 was also intended to address severe overcrowding in California's prisons and meet a federal court order to alleviate it. In 2011, the U.S. Supreme Court ruled that overcrowding in the state's prison system was unconstitutional. Prop 47 succeeded in helping the state reach key benchmarks by reducing low-level, non-violent offenses like drug possession, petty theft, and writing bad checks to misdemeanors so long as the amounts in question did not exceed $950. The effect was a decrease in the prison population and also a reduction in recidivism.

A 2018 study conducted by the University of California at Irvine found no evidence that Prop 47 resulted in an increase in crime. Meantime, violent crime and property crime in California remain at historic lows.

In summary, the claim that a "no arrest policy" exists in San Francisco appears to be made up. We also found no evidence that a change in California state law in regards to misdemeanor shoplifting directly contributed to this incident. We therefore rate this claim "False."

Public Policy Institute of California. "The Impact of Proposition 47 on Crime and Recidivism."   June 2018.