Is This Ryan Zinke Posing with a Dead Elephant?

The Secretary of the Interior is not the man in a widely-circulated photograph. 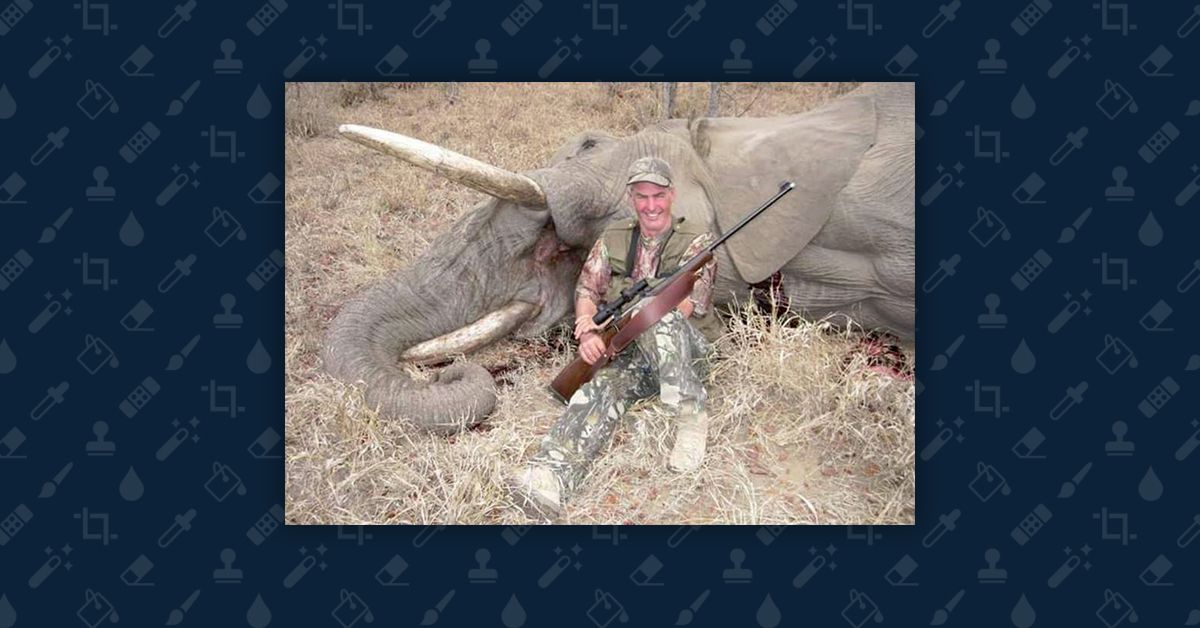 Photographs depicting big game hunters and the animals they kill tend to stir up controversy, so when President Trump's administration announced that they were lifting a ban on importing elephant trophies from Zimbabwe and Zambia (a decision that was later put on hold), it wasn't surprising to see some of these images circulating online.

On 19 November 2017, the Facebook page Cecil the Lion (presumably named after a lion that an American dentist killed in 2015) posted an image purportedly showing Secretary of Interior Ryan Zinke posing with a bleeding, apparently dead elephant: Here is trophy and big-game hunter Secretary of Interior Ryan Zinke, appointed by Donald Trump to the most powerful wildlife welfare position in the country, possibly the world.

This is the man who the president has chosen to lead the nation and world on animal welfare issues. Zinke advises Trump on wildlife policy and is instrumental in all wildlife policies coming out of America. With photos and appointments like these, what kind of signal does one think Trump and Zinke are sending to the trophy-hunters and hunting lobby of the world?

Make no mistake about it, these men are not going to do ANYTHING to help endangered species. While Trump plays his typical bait and switch shell-games with the public on the elephant ban reversal, the ban will be reversed, sadly, animals will die and Zinke will feed the hunting lobby and continue to kill more endangered species in the corrupt world of big-game hunting.

This image is genuine, but it does not show Secretary of Interior Ryan Zinke.

This image first garnered widespread attention in August 2016 when Facebook user Helen Louise Winters posted it, along with several other images showing this hunter, identified as Ian Evans, posing with various dead animals. The Daily Record reported at the time that the photographs had been made public amidst a family dispute in which Winters accused Evans of killing the family's pet geese:

A SCOTS farmer has sparked outrage with pictures of him killing an elephant and other animals on a bloody African safari.

Ian Evans was pictured smiling with a rifle over the body of the elephant in South Africa.

Evans’s exploits were exposed by his furious former daughter-in-law Helen Winters – who also accused the farmer of killing the family’s pet geese this year.

Although Zinke has been described as a "lifelong hunter," he's not the man in the photograph.