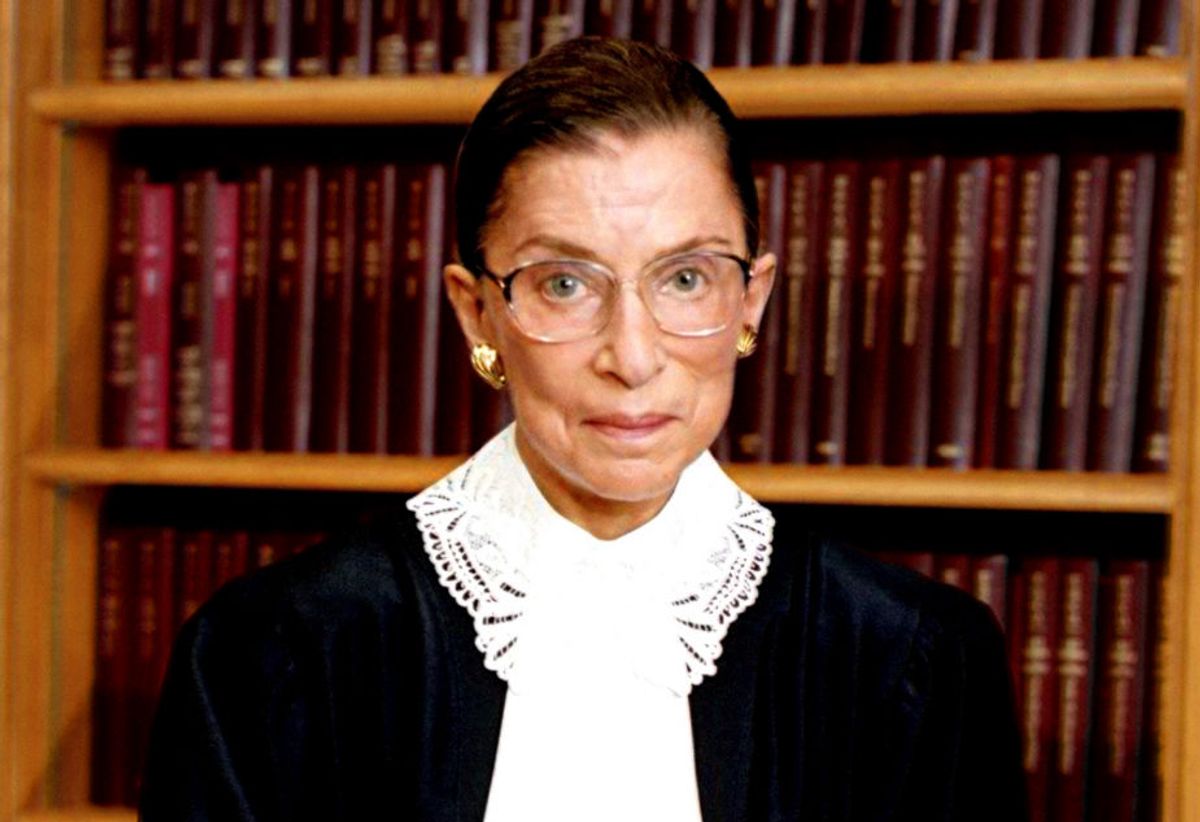 On 8 July 2016, entertainment web site TheRightists.com published a fake news article claiming that Ruth Bader Ginsburg promised to resign from the Supreme Court if Donald Trump was elected President of the United States:

After opening fire at the presumptive Republican presidential candidate, Ginsberg turned to her own plans should Donald Trump actually become the new President of the United States. “There’s no need to beat around the bush, so I’m just going to go ahead and say it – I will resign my position as a Justice of the Supreme Court of the United States if that happens. I cannot imagine performing my duties under the constant pressure of waking up in the morning and having to go to work knowing that every ruling we as an institution make will be viewed through the prism of a Trump presidency. I can tolerate this charade of a presidential campaign, but I could not live with him as president,” she said.

The quote displayed above is fictional. TheRightists.com bills itself as a "hybrid" site that is both news and satire:

In this case, the web site published a real quote from Ruth Bader Ginsburg in which she commented on the possibility of a Trump presidency, followed by a fake quote in which she purportedly said that she would resign from the Supreme Court if Trump was elected.  On 8 July 2016, Ginsburg told the Associated Press in a wide-ranging interview that she didn't want to think about the possibility of a Trump presidency:

"I don't want to think about that possibility, but if it should be, then everything is up for grabs," Ginsburg told The Associated Press in an interview published Friday.

But the leader of the court's liberal wing didn't sound too concerned about the possibility -- referring to the next president with the pronoun "she."

"It's likely that the next president, whoever she will be, will have a few appointments to make," Ginsburg, told the AP, a thinly veiled reference to presumptive Democratic nominee Hillary Clinton.