Is Russia Using Mobile Crematoriums to Hide Evidence of Casualties in Ukraine?

The crematoriums were reportedly in use in 2015, as well. 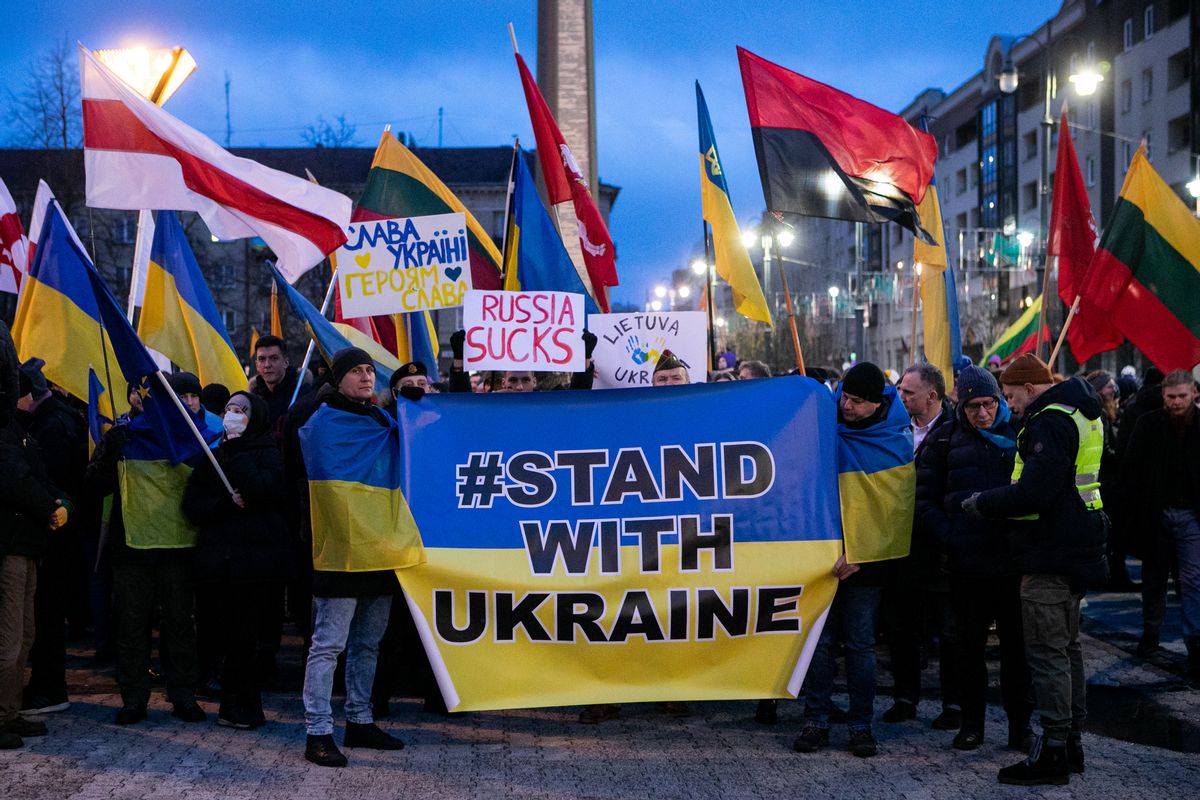 Claim:
The Russian military was using mobile crematoriums to conceal evidence of casualties in attacks on Ukraine.
Rating:

As the Russian invasion of Ukraine began in late February 2022, disturbing accounts of a crematorium on wheels circulated through various news publications and in statements by a U.K. government official.

According to U.K. Defense Secretary Ben Wallace, the Russian military may use mobile crematoriums in Ukraine to cover up any casualties from combat.

According to The Telegraph, in a statement, Wallace said:

Previously they've deployed mobile crematoriums to follow troops around the battlefield, which in anyone's book is chilling.

If I was a soldier and knew that my generals had so little faith in me that they followed me around the battlefield with a mobile crematorium, or I was the mother or father of a son, potentially deployed into a combat zone, and my government thought that the way to cover up loss was mobile crematorium, I'd be deeply, deeply worried.

It’s a very chilling side effect of how the Russians view their forces and for those of you who served, and being a soldier, knowing that trundling behind you is a way to evaporate you if you are killed in battle probably says everything you need to know about the Russian regime.

According to The Telegraph, the U.K. Ministry of Defense released a video of the crematoriums.

We found the video with the exact same footage posted on YouTube in 2015, which provides the contact information of Tourmaline, a St. Petersburg company allegedly behind such machines.

We went to the company website, and clicked on a link (see screenshot below) to their videos showing machinery "for biological waste (cremators, including mobile ones)" (translated from Russian by Google Translate). The original video appears to be from August 2013, and shows the operating process of their incinerator for biological waste. We reached out to the company, and will update this post if we hear more.

The Telegraph report describes a video just like the above with Cyrillic text, and implies that it was released recently: "The MoD released footage of a vehicle-mounted crematorium with room to “evaporate” one human body at a time, which has been seen trailing Russian forces and is expected to follow any troops into Ukraine."

Ukrainian media also covered this back in 2015. According to the then-head of the Ukrainian security agency, Valentyn Nalyvaichenko, seven mobile crematoriums entered militant-held areas of Ukraine in January 2015. He said, "Each of these crematoriums burns 8-10 bodies per day.”

“Every day, the hotline of the Security Service of Ukraine records a great number of calls from dozens of Russian citizens who are looking for their relatives or Russian soldiers who have been sent to the territory of Ukraine [...] The Ukrainian government will be humane and will return the bodies of the Russian soldiers to their mothers with all documents and personal effects," he said.

Thornberry added that he had seen evidence of the crematoriums, and while he would not comment on classified information, he said, “What we have heard from the Ukrainians, they are largely supported by U.S. intelligence and others.”

U.S. Rep. Seth Moulton, who traveled to Ukraine in March 2015, also confirmed Thornberry’s claims, but didn’t reveal his sources. He said the information did not just come from Ukrainian officials, whose record of providing information to the U.S. wasn’t too reliable, according to Bloomberg.

“We heard this from a variety of sources over there, enough that I was confident in the veracity of the information,” Moulton said. “Russia is clearly having a problem with their home front and the casualties they are taking from the war. The fact that they would resort to burning the bodies of their own soldiers is horrific and shameful.”

At the time, U.S. officials believed that Russian President Vladimir Putin was struggling to keep up the ruse that he had no soldiers fighting in Ukraine, and evidence of dead Russian soldiers was causing a backlash in Russia for the leader. Protests groups composed of the mothers of dead soldiers rejected official attempts to blame the deaths on individuals who wandered across the border. The Soldiers’ Mothers Committee also blamed Putin for violating international law.

Even though U.S. and Ukrainian officials believed that such crematoriums were operational in the past, the Telegraph report only states that the U.K. believes that this may be used to “cover up any future combat losses," and shared old, unrelated footage. The actual source of the above video appears to be an incinerator company and was posted as early as 2013. We know that it does not show crematoriums being used by the Russian army in Ukraine in either 2022 or 2015.

In April 2022, amidst the ongoing invasion, officials from the city of Mariupol accused the Russians of using mobile crematoriums to cover up civilian casualties. In a number of posts on Telegram, they said, "The killers are covering their tracks. Russia’s top leadership ordered the destruction of any evidence of crimes committed by its army in Mariupol.” Possibly "tens of thousands" of civilians had been killed in the besieged city, they said.

Independent reporting on the ground has not verified the current use of such crematoriums. As such, we rate this story as “Unproven” and will update it if more information is available.

“Putin Burns His Dead to Cover Up His Ukraine Aggression.” Bloomberg.Com, 26 May 2015. www.bloomberg.com, https://www.bloomberg.com/opinion/articles/2015-05-26/putin-burns-his-dead-to-hide-ukraine-aggression. Accessed 24 Feb. 2022.