Johnson was best known for his role as the brainy professor in the 1960s TV series "Gilligan's Island." 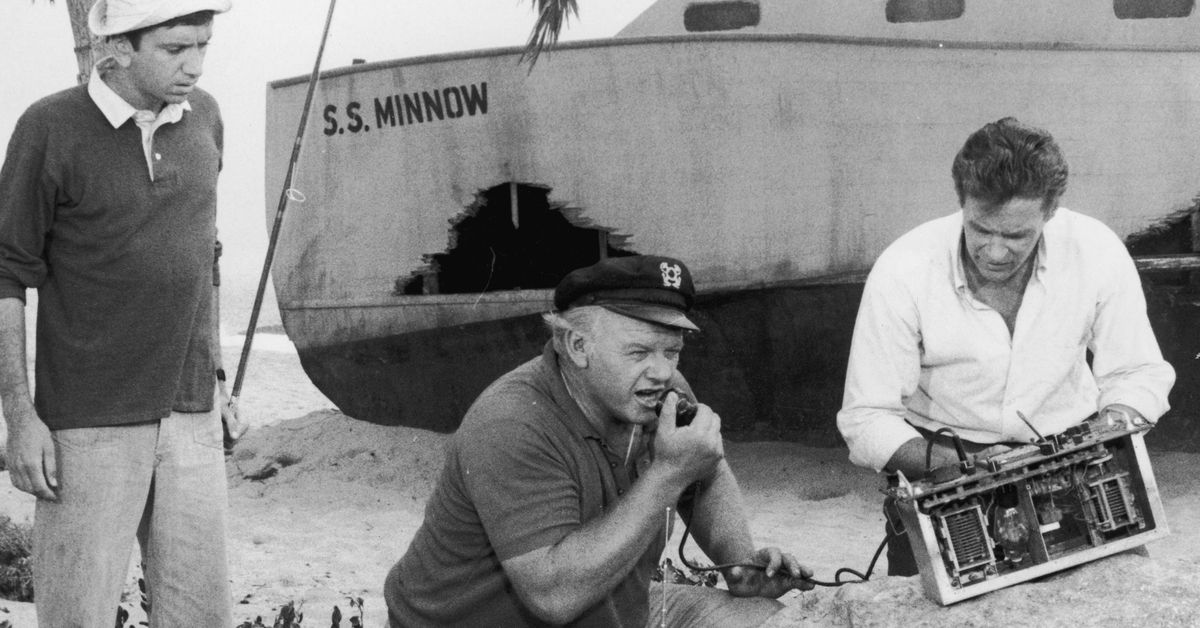 The 1960s television series "Gilligan's Island," a sitcom about castaways on a desert island, enjoyed a solid run on the CBS network from 1964 through 1967 and went on to become even more popular in syndication, entertaining multiple generations of Americans.

Over the years, readers have asked Snopes to verify an assortment of "Gilligan's Island" trivia, usually concerning the personal lives of the series' actors. Most recently, we were asked to investigate a claim about the military service of Russell Johnson, who played the super-intelligent, absurdly resourceful character known as "The Professor." According to a popular internet meme, Johnson, who died in 2014 at the age of 89, served as a bombardier in the U.S. Army Air Corps and flew 44 combat missions during World War II.

This claim is true. We found the basics confirmed in Johnson's 2014 obituaries. The Associated Press reported, for example, that:

He joined the Army Air Corps during the Second World War and served as a B-24 bombardier on missions over the Pacific war zone, breaking his ankles in 1945 when his plane was shot down over the Philippine island of Mindanao. He was discharged as a first lieutenant in November 1945 having earned a Purple Heart and other medals.

Before he rose to fame on the hit CBS sitcom, Johnson served as a second lieutenant in the U.S. Army Air Forces during World War II, and flew 44 combat missions as a bombardier. In 1945, his plane was shot down in the Philippines during a low-level attack on Japanese targets. Johnson broke both his ankles during the attack and was awarded a Purple Heart for the mission, as well as a host of other military decorations.

According to the U.S. Department of Veterans Affairs, Johnson served in the 100th Bombardment Squadron, 42nd Bombardment Group, 13th Air Force, until his discharge in 1945. We found the most complete account of his service as an airman, and of his calamitous final mission over the Pacific, in an interview with Johnson published in The Times-Leader of Wilkes Barre, Pennsylvania, on Dec. 9, 2007. Reporter Sherry Long wrote:

After joining the U.S. Army Air Corps as an enlisted private, he was stationed in Sioux Falls, S.D., where he studied at a radio and mechanic school.

He soon applied to become an aviation cadet with the Corps and was eventually sent to Santa Ana, Calif., to train as an aviator.

After flying several missions in a B-25 twin-engine bomber over the Pacific, Johnson and his crew were injured in March 1945 during their 44th mission.

They had orders to fly out of New Guinea to bomb a Japanese airstrip base in the Philippines while flying only 100 feet off the ground. He recalled flying the same mission several times before, but said the Japanese had gotten better at hitting their targets.

"We ended up in the ocean. We were shot up a bit. Our radio operator was killed," Johnson said.

But Johnson survived, recovering from two broken ankles from the impact of the bomber hitting the water.

For his honorable service, he was decorated with Purple Heart, a Bronze Star, an Air Medal with Oak Leaf Cluster, a good conduct medal, an Asiatic-Pacific Campaign Medal with three service stars, a Philippine Liberation Ribbon with one service star, and a World War II Victory Medal with Honorable Service Lapel Button.

Upon his discharge in November 1945, Johnson immediately began taking acting lessons with the money he received via the GI Bill.

The rest is pop culture history.