Police in Rochester, Minnesota, say no reports were received of attempted kidnappings during a fireworks event at Silver Lake Park. 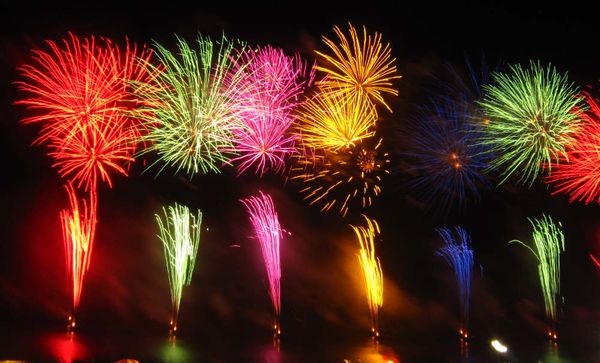 In July 2016, the above-reproduced warning about an attempted abduction at Silver Lake Park in Rochester, Minnesota, began circulating via Facebook. According to that post, an unidentified woman encountered, and narrowly avoided an abduction attempt made by, three Middle Eastern men during a 4 July 2016 fireworks event at the park. Near the end of the post, the original poster stated that she reported the incident to police who had determined the incident was unquestionably a brush with human traffickers:

The police and i went over the entire story and they confirmed it was 100% a kidnapping attempt, these men sell little girls into sex trafficking. I cannot explain how hard this is to even type for me but i hope it helps others. This IS REAL. This happened where i have been watching fire works for 24 years in "small rochester"

The story featured elements of recent and similar tale out of Louisiana, and items circulating in perpetuity about human traffickers at big box stores and other highly populated areas. During the summer of 2015, myriad claims of that nature went viral on Facebook, despite the fact such stories rarely (if ever) bore out as true: In May 2015, a woman posted a similar account about an incident in an Oklahoma Hobby Lobby store; by June 2015, Twitter users openly fretted over sex slavery rings targeting college kids during summer job interviews; and later that same month a long-circulating theme park abduction urban legend resurfaced. Those rumors appeared to breed a harrowing yet false account of purported teenaged abductors (armed with heroin-filled syringes) at a Denton, Texas, Dillards department store, a tale from a woman who claimed she narrowly avoided a human trafficking ring using gift bags as bait in the parking lot of a Hickory, North Carolina, Walmart store, and claims that Target stores in Tampa, Longview (Texas), and Houston were sex trafficking scouting sites. All the tales proved to be vastly overstated, as was a woman's claim about a similar encounter at a Michigan Kroger store.

We contacted the Olmsted County Sheriff's Department to ask whether such a report had been lodged, and the individual with whom we spoke was well aware of the rumors. According to that officer, no complaints of that nature had been reported on or around 4 July 2016 despite the poster's assertion that she spoke with police. While the Facebook message claimed law enforcement agents were "100 percent" certain the "Middle Eastern" men were engaged in human trafficking activity, the sheriff's department said they found no paperwork trail or record documenting that claims. Moreover, the officer with whom we spoke noted that the manner in which the incident was described was inconsistent with how human trafficking outfits operate, typically employing grooming and lengthy interactions with their victims rather than quick snatches by strangers.