The comedian would not have been the first to make such a suggestion. 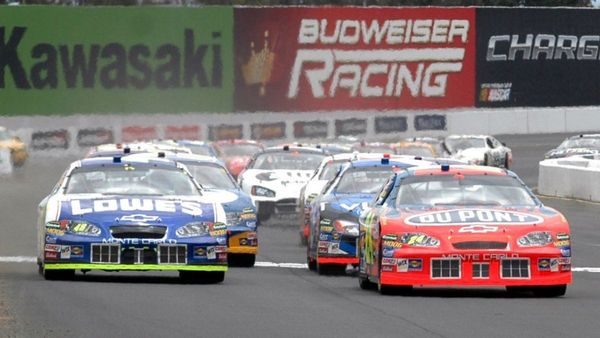 Though the evidence shows Williams wasn't the first to make this joke, he did utter such a line in his 2009 TV comedy special, "Weapons of Self Destruction."

Memes are frequently circulated online containing a quip ostensibly uttered by Robin Williams to the effect that "politicians should wear sponsor jackets like NASCAR drivers": This quote is, in fact, a reasonably faithful paraphrase of the following bit from Robin Williams' 2009 television comedy special, "Weapons of Self Destruction":

And if the whole health care debate -- if you want to know how your congressmen and senators are going to vote, we should actually, maybe they should be like NASCAR drivers. They should actually have to have jackets with the names of all the people who are sponsoring them. Wouldn't that be cool? Then you might have a clue to why the fuck they voted that way.

Williams, who died in 2014, also made a similar joke as the character Tom Dobbs in the 2006 movie "Man of the Year." In that film, Dobbs says: "If you're representing special interest groups, maybe we should be like NASCAR with the little patches on the back: 'Enron: We take your money and run!'"

This line can be heard around the 50 second mark of the "Man of the Year" trailer:

This 2006 movie, however, was not the first time someone suggested that politicians should have to display their corporate sponsorships.

In 2004, for instance, columnist Paul Halvey wrote in the Illinois newspaper "The Life" that "when a company springs for a political campaign contributions, it should be able to put its logo on the politician." Five years earlier, in 1999, columnist Jim Hightower made a similar suggestion, writing:

We'd like to mandate full and forceful disclosure—make every politician or candidate own up to where every dollar of their money's coming from. Maybe we could even make 'em wear their sponsors' logos like NASCAR drivers do, as in the illustrations in this issue.

But this idea dates back at least a little further. The earliest example we could find comes from a column published in March 1995 in the Harford Courant entitled "Politicians Should Wear Sponsor Logos" by journalist Don Noel: 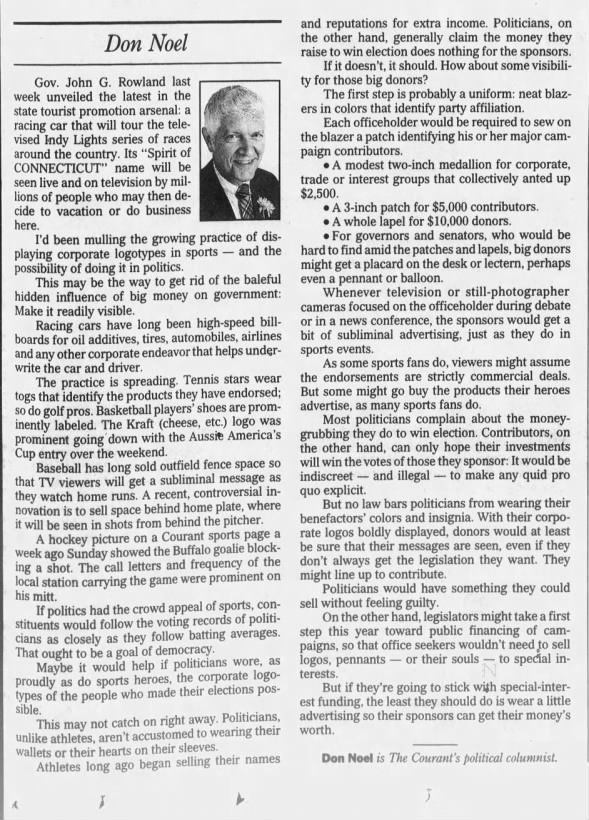 We're not sure who came up with the exact phrasing of the viral version of the joke. The idea that politicians should wear the logos of their corporate sponsors on their clothes, similar to NASCAR drivers, has been circulating since the 1990s. While it doesn't seem as if this quote originated with Williams, he did tell the joke in a 2009 TV special, and the concept served as a basis for a line his character said in the 2006 film "Man of the Year."

Update [Aug. 16, 2022]: Rating changed to "Correct Attribution" with citation of comedy bit from Williams' 2009 TV special, "Weapons of Self Destruction."