Robert Redford and Meryl Streep: Not a Couple

Film icons Robert Redford and Meryl Streep aren't married, engaged, or even dating, despite what a skin care product pitch might claim. 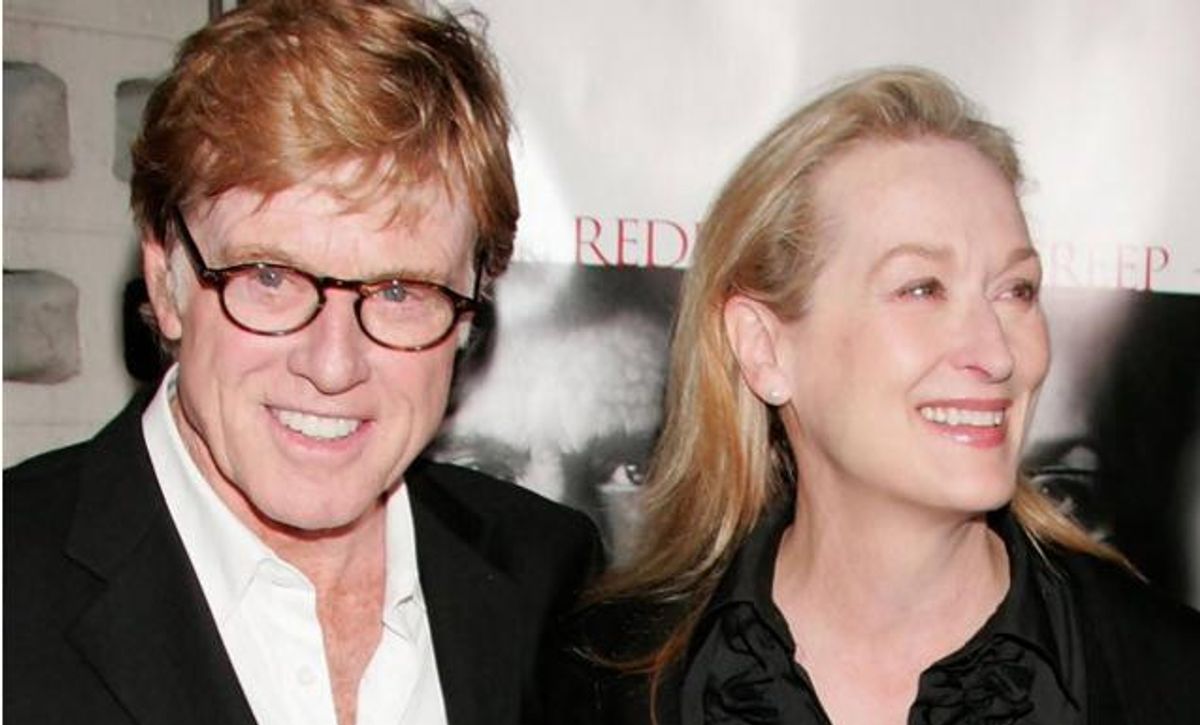 Claim:
Actors Robert Redford and Meryl Streep are married to each other (or planning to be).
Rating:

Oddly enough, one of the most common queries we've received from readers throughout 2016 is "Are Robert Redford and Meryl Streep married?" or "Are Merely Street and Robert Redford engaged?" (We're hoping the latter is an artifact of auto-correct.) Such inquiries were puzzling because those two Academy Award-winning film icons are not in fact married to each other, they're not planning to get married, nor are they even dating — and as far as we know, there's never been any hint of romance between them outside of the characters they portrayed in the 1985 film Out of Africa.

Moreover, both actors have long been wed to someone else — Robert Redford with Sibylle Szaggars since 2009, and Meryl Streep with Don Gummer since 1978 — making a planned or present marriage between them somewhat awkward, if not criminal.

As far as we can tell, this rumor originated with one of those sleazy advertisements that masquerade as entertainment-related magazine articles, using headlines and opening paragraphs sure to draw in readers eager for celebrity gossip before pivoting into pitches for skin care products (one of which left many readers wondering if Ellen DeGeneres was really leaving her daytime talk show to promote a new skincare line):