Criticism of police and white supremacy took many forms during the 2020 protests following the death of George Floyd. 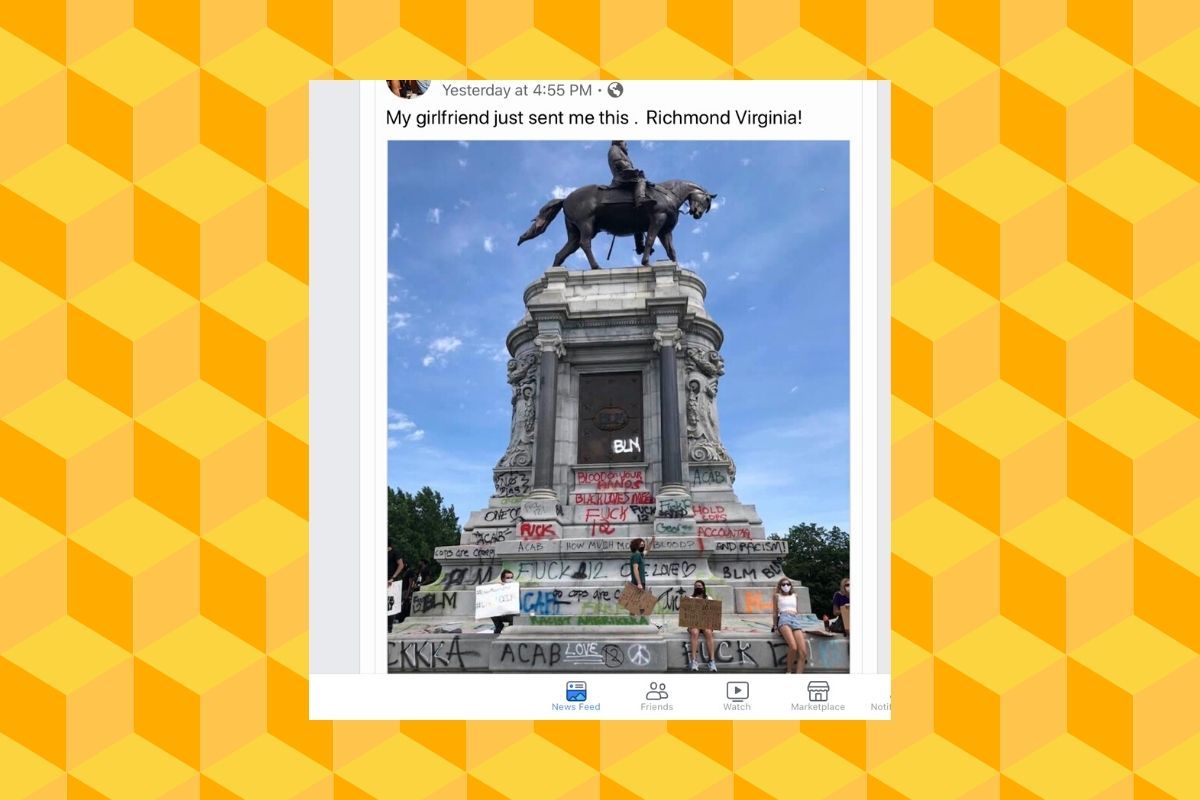 Claim:
A photograph shows a statue of U.S. Confederate Gen. Robert E. Lee that was marked with graffiti during the 2020 George Floyd protests.
Rating:

The above-displayed image truly shows a statue of U.S. Confederate Gen. Robert E. Lee in Richmond, Virginia, that was repeatedly marked with graffiti during the 2020 protests against police violence and racial injustice.

Although we haven't been able to locate the source of this specific photograph, the Associated Press has several additional images of this statue covered with spray-painted expletives and political slogans.

One such image was accompanied by the caption: "In this photo taken with a drone, a large group of protesters gather around the statue of Confederate General Robert E. Lee on Monument Avenue near downtown Tuesday, June 2, 2020, in Richmond, Va. The crowd protesting police brutality chanted 'Tear it down.'"

Virginia Gov. Ralph Northam has since announced that he has ordered this statue of Lee to be removed "as soon as possible."