A photograph truly shows a man screaming near an officer during an anti-lockdown protest. 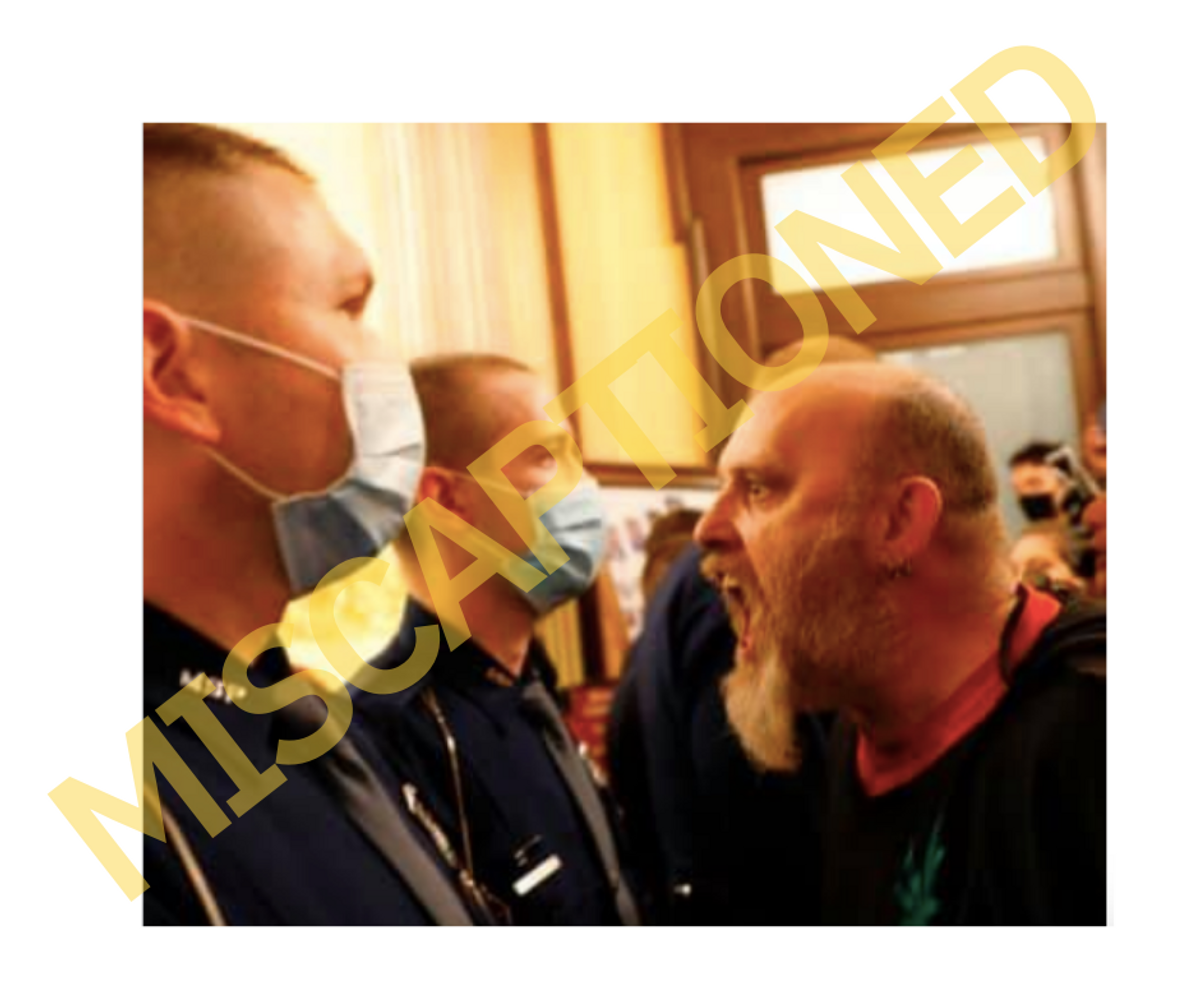 Claim:
A photograph shows Rob Cantrell, a member of the far-right group Proud Boys, screaming at an officer during an anti-lockdown protest in Michigan.
Rating:

In May 2020, a photograph went viral on social media that supposedly shows Rob Cantrell, a member of the right-wing extremist group the "Proud Boys," screaming in the faces of two masked police officers during an anti-coronavirus-lockdown protest in Michigan: This is a genuine photograph from a protest of lockdown orders implemented in Michigan as a result of the COVID-19 coronavirus pandemic. However, the man pictured here is not Cantrell but Brian Cash, a 52-year-old flooring installer from New Hudson, Michigan.

Cash confirmed to the Detroit Free Press that he was the man in the photograph but disputed the idea that he was yelling at the two pictured officers. Cash claims that he was actually yelling at an officer out of frame who, according to Cash, had assaulted a woman the day prior:

Cash said he wasn't yelling at the state troopers seen in the photo — "I didn't scream in anybody's face" — but at an officer positioned behind them who he said he saw assault a woman the day before. Three women were removed from the public gallery for the state House of Representatives on April 29. The incident was caught on video, showing a woman being forcibly removed. The incident prompted an announcement by the Michigan State Police that it was investigating the confrontation between individuals and House police.

The next day, when the now-infamous photo of him was taken, Cash said he was in the Capitol when he saw the officer.

"I was there chanting, 'Let us in,' and I saw that guy and I just, I just kind of lost it a little bit," Cash said. He said that he was asking the man, whom he called a "red coat," a reference to the red coats they wear, "if he wanted to try to throw me around like he did that girl yesterday."

This viral photograph was taken by Jeff Kowalsky during an anti-lockdown protest dubbed an "American Patriot Rally" inside Michigan's Capitol building. Here's the original picture along with the correct caption: