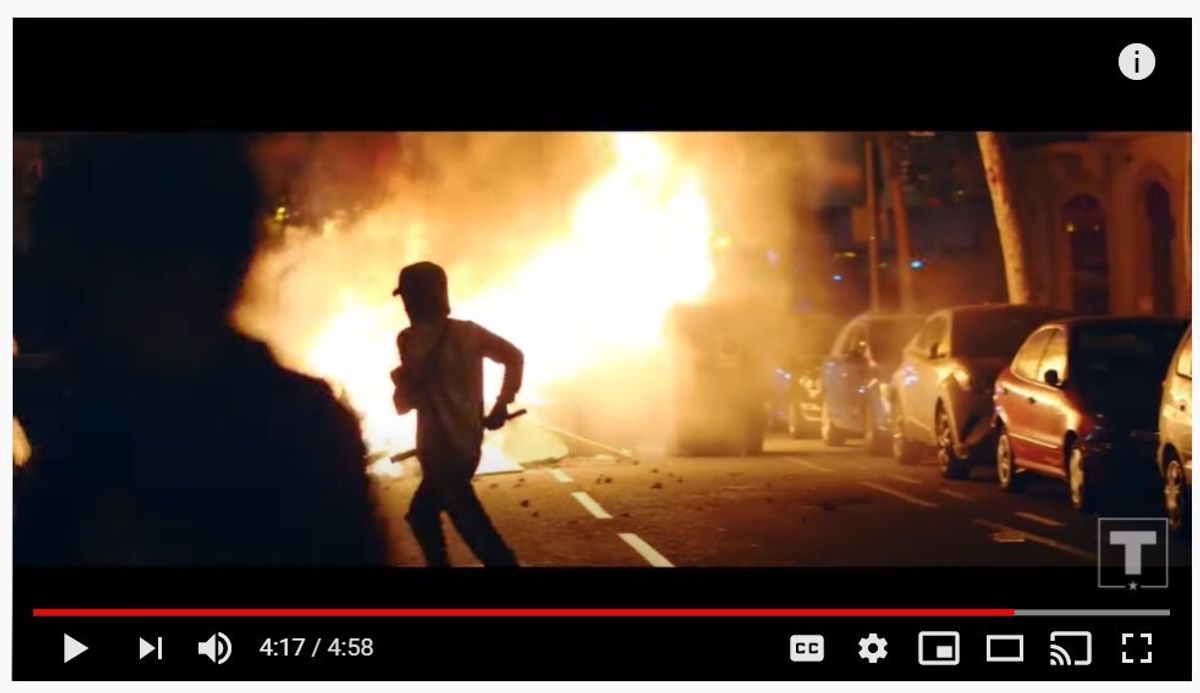 Claim:
A video clip from Barcelona was shown at the Republican National Convention (RNC) to depict violence in "Biden's America."
Rating:

On the first night of the Republican National Convention (RNC) on Aug. 24, 2020, a video supposedly showing violence on the streets of the United States was aired. The video, entitled "Catalina and Madeline," featured two sisters from Chicago discussing their support of U.S. President Donald Trump and their fear about the potential of violent protests in Democratic nominee Joe "Biden's America":

Around the four-minute mark of the above-displayed video, clips showing fires and protests start appearing on the screen as one of the women says: "This is a taste of Biden's America. The riot, the crime. Freedom is at stake now. This is going to be the most important election of our lifetime."

Although some of the clips in this segment truly show protests that took place in America after the death of George Floyd, a Black man who died in police custody (arguably, those protests took place in "Trump's America," not Biden's, since Trump has been serving as the President of the United States since January 2017), one of the clips comes from an entirely different country.

At the 4:15 mark, an image of a large fire on a street appears (shown in the screenshot at the top of this article).

This scene was not filmed in the United States. The above-displayed fire actually occurred in October 2019 in Barcelona, Spain. CCMA, a news outlet from Catalonia, was the first to highlight the mistake.

This footage is available via Shutterstock where it is presented with the caption: "Young rebel riot revolutionary anarchist stands on trash and fire showing fuck as protest for independence on demonstration about the proces[s] and political prisoners Demonstrator burns garbage bins in."

Demonstrators set on fire a barricade in a clash with police on October 16, 2019 in Barcelona, Spain. Earlier in the week, the Spanish Supreme Court sentenced nine Catalan separatist leaders to between 9 and 13 years in prison for their role of the 2017 failed Catalan referendum on independence.