Did Rittenhouse's Grandparents Own Gas Station in Kenosha?

Kyle Rittenhouse was acquitted on all charges in November 2021 in the case of a deadly protest. 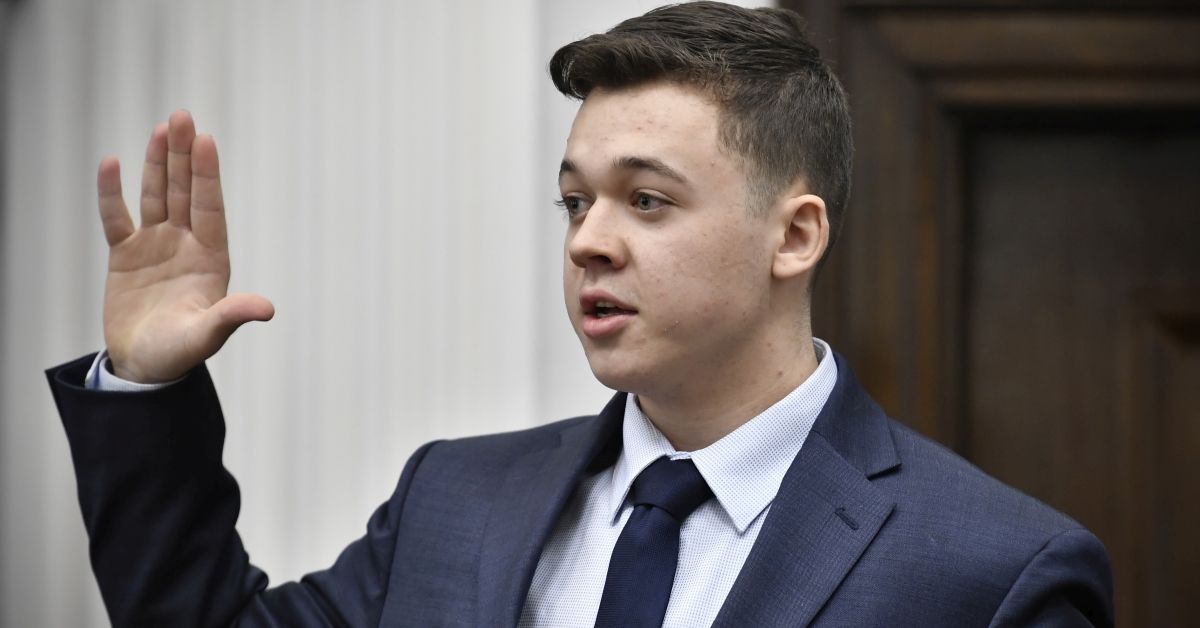 Claim:
Kyle Rittenhouse was defending a gas station owned by his grandparents when he shot three people during a night of civil unrest in Kenosha, Wisconsin.
Rating:

Rittenhouse was acquitted on all charges in November 2021. A viral social media post claiming that he was defending a gas station owned by his grandparents, however, is false.

In November 2021, shortly after Kyle Rittenhouse was acquitted of all charges in the killing of two people during a night of civil unrest in Kenosha, Wisconsin, a social media post went viral that embellished some aspects of the case. The post claimed, for example, that Rittenhouse was defending a gas station that belonged to his grandparents during the deadly altercation. The post begins:

If you only watched or learned about the Rittenhouse trial via ABC, CBS, CNN, MSNBC, or NBC, you will not know:

The gas station, where they initially attacked Rittenhouse, is owned by his grandparents. They came on to his family’s property to attack him.

Rittenhouse put out a dumpster fire being rolled towards that same gas station, meant to burn it down and possibly cause an explosion.

I didn't know that someone knocked Rittenhouse down twice and then attempted to kick him with lethal force to the head.

I didn't know that Huber had hit him in the head 2x with a skateboard.

This post is false or misleading in several ways. For one, Rittenhouse's grandparents did not own the gas station involved in the altercation. And second, many of the items mentioned in this post — for example, Rittenhouse testified that Anthony Huber, one of the men who was killed, had hit him with a skateboard — received coverage from mainstream outlets such as CNN.

We have found no evidence to support the claim about Rittenhouse's grandparents. Rittenhouse's defense team did not make this claim during the trial, nor did we find any reports from credible news outlets reporting this to be the case.

Rittenhouse testified that he traveled to Kenosha in order to protect a car dealership (not a gas station) called Car Source, which had been damaged a few days prior during a night of unrest following the shooting of Jacob Blake. Rittenhouse said that the owners of the dealership had asked him to help protect the business. Members of the family who own Car Source (who are not related to Rittenhouse) disputed this claim during their testimony:

While there is some dispute over whether this dealership asked for help (an employee later said it did), this dealership clearly is not owned by Rittenhouse's grandparents.

Rittenhouse did visit a gas station near Car Source during the night of the fatal shootings, but there's no evidence to suggest that his grandparents owned the gas station. Here's what Rittenhouse said about this gas station during his testimony (full transcript at Rev.com here):

Attorney 1: Did you continue on your way down Sheridan Road without [Ryan] Balch?

Kyle Rittenhouse: No. I actually went to go look for Mr. Balch in the Ultimate gas station parking lot.

Attorney 1:  When you went to the Ultimate gas station parking lot, describe what was going on there.

Kyle Rittenhouse: There were a lot of people there. I don’t really know what was going on, I was just focused on trying to find Mr. Balch. As I was looking for him, couldn’t find him. I said, okay, no problem. I’ll just go back to the Car Source lot Car Source number too.

Rittenhouse was also asked about his grandparents during his testimony. While Rittenhouse said that his grandmother (as well as an aunt, uncle, and cousins) lived in Kenosha, he did not claim that they owned a gas station nor that he was trying to protect their property during the fatal shooting. Here's another excerpt from Rittenhouse's testimony:

Attorney 1: Do you have any other family that’s from Kenosha?

Kyle Rittenhouse: My grandmother, my aunt, my uncle and cousins all live in the city of Kenosha.

The viral post falsely claims that mainstream media outlets failed to report Rittenhouse's grandparents owned the gas station — they didn't report this because it isn't true. That said, we also searched for this tidbit on more conservative-leaning news outlets such as Fox News and The Daily Caller. Neither of these outlets have reported that Rittenhouse's grandparents owned a gas station in Kenosha.

Here's an excerpt from a Fox News article reporting on how Rittenhouse ended up in Kenosha:

Black testified that he, his brother and Rittenhouse traveled to Kenosha the morning of Aug. 25, 2020 to see the aftermath of the riots during two nights prior. They then left, and returned to the city at around 5 p.m., after one of Black's friends said they should help protect a local business, Car Source.

Rittenhouse and Black met with other armed individuals in Kenosha on the night of the shootings. Rittenhouse testified that he headed there to help patrol the streets, protect businesses and provide first aid, which he came prepared for with a medical bag.

Before the shootings, Rittenhouse was a police explorer for the Grayslake Police Department and a cadet with the Antioch Fire Department. He lived in Antioch with his single mother, Wendy Rittenhouse, and his two sisters. Antioch borders the Wisconsin state line and is about 20 miles, or roughly a 30-minute drive, from Kenosha, where his father, grandmother, aunt, uncle and cousin live.

In addition to falsely stating that Rittenhouse was protecting a gas station owned by his grandparents, the general thrust of the viral post is to misleadingly insinuate that people following Rittenhouse's trial would be misinformed if they got their news from mainstream media outlets. Many of the listed items in this post, however, were actually covered by outlets such as MSNBC and CNN.

CNN, for example, reported that Joseph Rosenbaum, one of the men killed by Rittenhouse, had been previously convicted of sexual conduct with a minor. It should also be noted that some of the listed items in this viral post didn't emerge until the trial. For example, Gaige Grosskreutz testified that he pointed his gun at Rittenhouse before being shot, something that bolstered the defense's claim of self-defense. When this testimony occurred, it was reported on by mainstream media outlets, including Snopes.

“So when you were standing three to five feet from him with your arms up in the air, he never fired, right?” Corey Chirafisi, a defense lawyer, asked.

“It wasn’t until you pointed your gun at him, advanced on him with your gun — now your hands down, pointed at him — that he fired, right?” Mr. Chirafisi said.

Maxouris, Christina. “Kyle Rittenhouse Was Acquitted on All Charges. Here’s What We Know about the 3 Men He Shot.” CNN, https://www.cnn.com/2021/11/01/us/kyle-rittenhouse-shooting-victims-trial/index.html. Accessed 22 Nov. 2021.