Did Rioters Break into US Capitol Using American Flagpole?

President-elect Joe Biden described the event as an “unprecedented assault” on democracy. 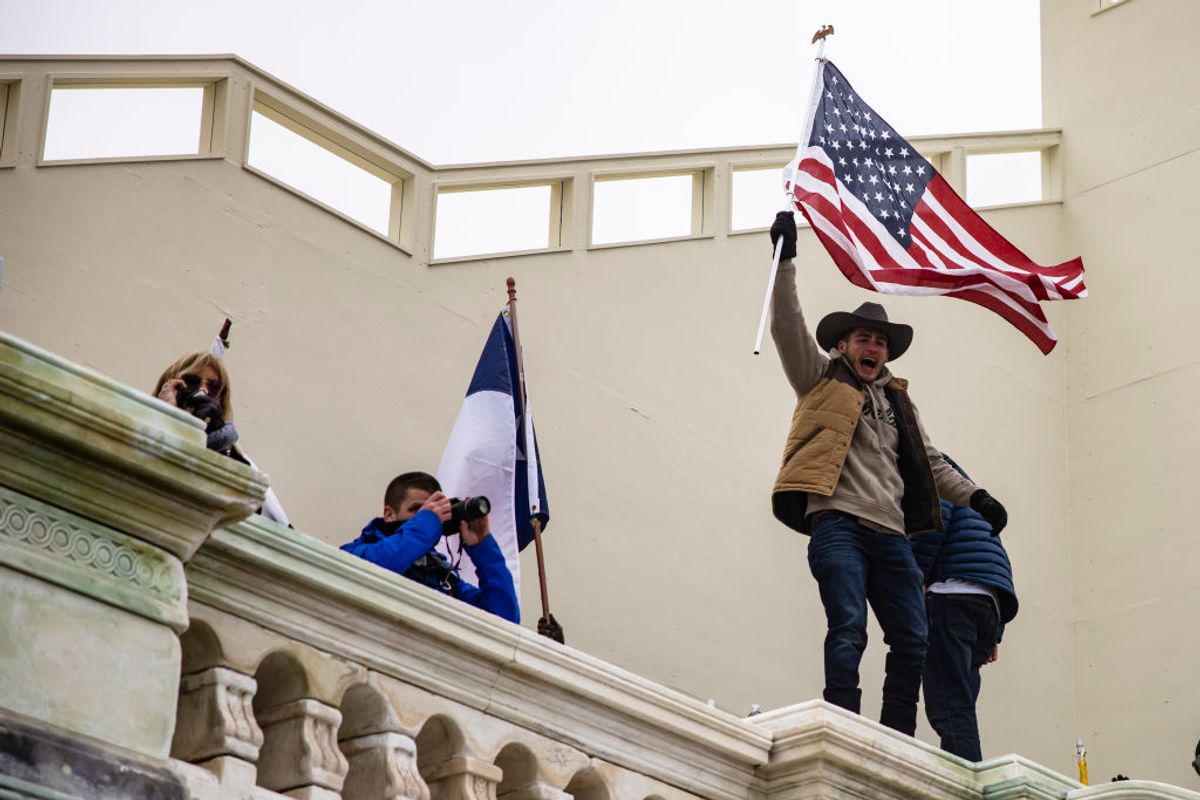 Claim:
During the Jan. 6, 2021, riots in the District of Columbia over the outcome of the 2020 general election, a mob broke into the U.S. Capitol using a flagpole.
Rating:

As a mob of rioters laid siege to the U.S. Capitol on Jan. 6, 2021, supporters of U.S. President Donald Trump who opposed the 2020 election results broke into the congressional building using blunt objects — one of which included a pole holding an American flag.

In a livestream broadcast shortly after rioters breached the building, PBS NewsHour Congressional Reporter Lisa Desjardins said that she was on a balcony inside overlooking the brass doors, which are the front entrance of the building on the House side. She described the moment rioters attempted to break the glass on the doors:

“I see a crowd of protesters now at that door, they are banging on the door, they are pushing against the door, they are trying to get in. Capitol Police — they are moving the door and now hitting the window of the door. They have broken the glass to the door to the U.S. Capitol,” said Desjardins, as what appeared to be shattering glass is heard in the background.

“I can’t tell what object this person is using. It is some kind of hard, physical object. The glass is shattering,” said Desjardins, confirming that at least one side of what she believed to be double-pane glass had been broken.

A “dense group of protesters” who were “packed side to side” entered through the building. Desjardins said that Capitol police had been guarding the door, but she did not see any police at the time of the break-in.

“Protesters now are using the end of a staff holding an American flag to try and break through one of these windows,” said Desjardin.

The full broadcast can be viewed at the one hour and 28-minute mark.