A notorious purveyor of fake news churns out another fabrication. 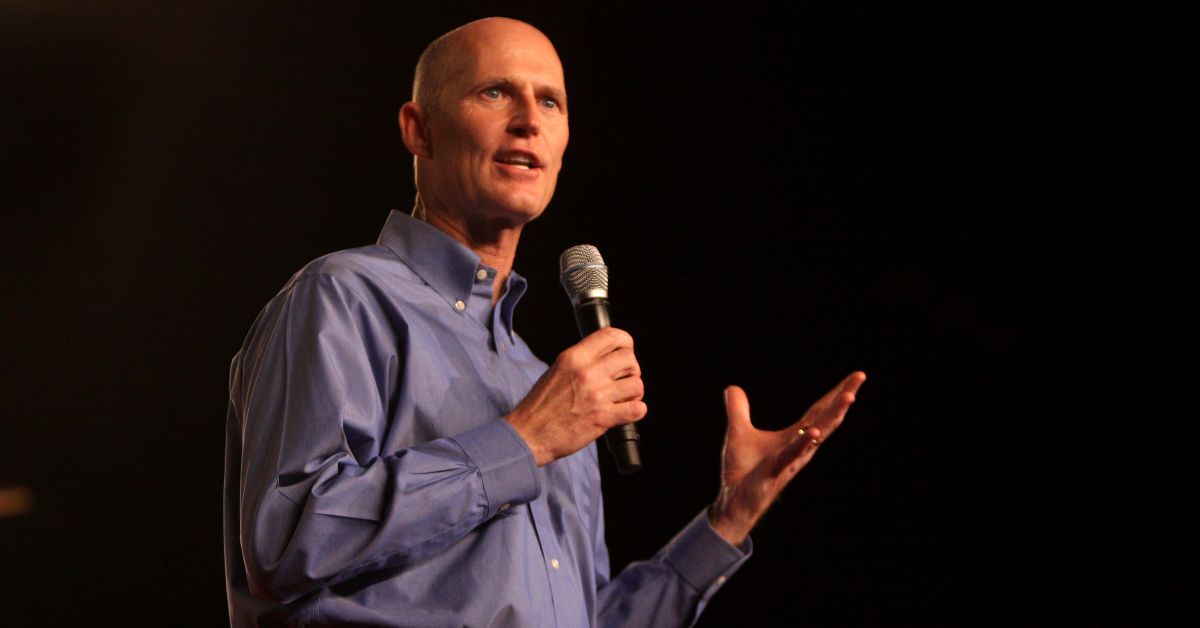 Claim:
On 11 September 2017, Florida Governor Rick Scott was taken to hospital after being injured during a Hurricane Irma cleanup operation.
Rating:

On 11 September 2017, the "satirical" website Last Line of Defense falsely reported that Florida Governor Rick Scott was in critical condition after injuring himself during a Hurricane Irma cleanup operation.

Florida Governor Rick Scott was taken by Lifeflight to Mercy General In Sarasota this morning after taking part in a cleanup effort in his home town that went terribly wrong.

Scott’s Chief of Staff, Morton Valdy, told Fox News: “Governor Scott was struck in the head with a ceramic roof tile this morning while helping a neighbor in his home town clear debris from his driveway. The tile fell from the neighbor’s roof and fwell [sic] nearly 30 feet before striking the Governor, knocking him unconscious."

Morton Valdy made no such comments to Fox News, because Morton Valdy does not exist. Rick Scott's chief-of-staff is, in fact, Jackie Schutz Zeckman.

The story goes on to claim that President Donald Trump tweeted his condolences for the accident, something he never did, because the accident never took place.

Like everything else published by the Last Line of Defense, this story is a complete fabrication. The web site describes itself as a "satirical publication" in this disclaimer:

America’s Last Line of Defense is a satirical publication that may sometimes appear to be telling the truth. We assure you that’s not the case. We present fiction as fact and our sources don’t actually exist. Names that represent actual people and places are purely coincidental and all images should be considered altered and do not in any way depict reality.