Are Rhinos and Elephants Getting Pink Horns to Prevent Poaching?

The use of a pink dye to prevent the poaching of species such as elephants and rhinos is not quite as depicted in popular online images. 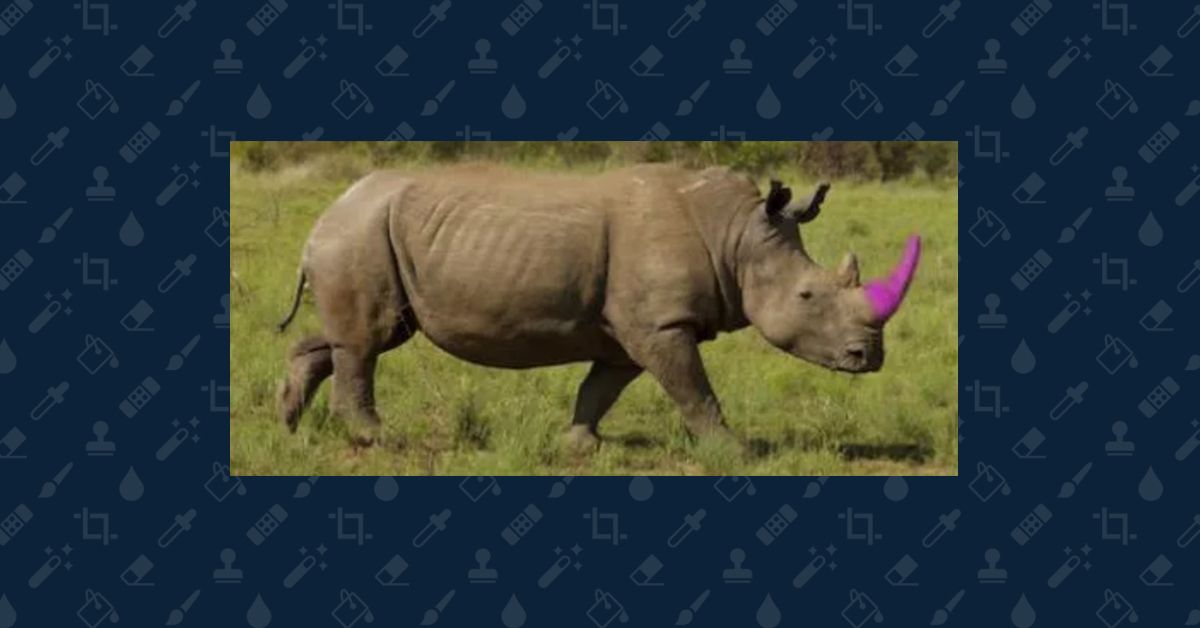 Claim:
A photograph shows a rhino that was given a pink horn to prevent poaching.
Rating:

In May 2015, a photo purportedly showing a rhinoceros with a pink horn along with the claim that the discoloration was one intended to dissuade poachers began circulating on social media sites such as Tumblr and Reddit: While it's true that at least one organization is using a pink dye in an effort to stop poaching, the above-displayed photograph contains several pieces of misinformation.

First of all, the image has been digitally manipulated. The results achieved by the Rhino Rescue Project, an organization that infuses rhino horns with a "compound made up of ectoparasiticides and indelible dye that contaminates the horn and renders it useless for ornamental or medicinal use" are not nearly as pronounced as the results shown in the above-displayed photo.

When the image was published by Take Part back in 2012, it was accompanied by a disclaimer stating that the "photo has been digitally altered" and that the rhino in the picture did not undergo any procedure to have its horn turned pink. This is verified by the original Getty Images photograph: In fact, the dye used by the Rhino Rescue Project primarily affects the interior of the rhino horn. While in may produce slight exterior discoloration, the dye's purpose is to introduce a color change from within the horn:

Our newly improved infusion process utilises very high pressures and a custom designed non-return valve that prevents the liquids from exiting through the drill hole(s) after the 10-15 min infusion has been completed. In addition, the non-return valve keeps the liquid in the horn under around 30 bars pressure for up to 10 days, ensuring that the liquid penetrates large areas of the internal horn structure.

On 23 July 2013, the Rhino Rescue Project posted an unretouched photograph of a rhino that had undergone the procedure with the caption, "And the patient is up! After being given antibiotics and painkillers, she should be feeling much more comfortable. Last reports received indicated she was doing well and recovering nicely": In addition to discoloring the inside of the horn, the dye used by the Rhino Rescue Project is also poisonous to humans. Lorina Hern, co-founder of the group, told Public Radio International in 2015 that poachers who handle these treated horns could suffer serious health issues: "At a minimum it would start with diarrhea, nausea, vomiting, severe headaches, all the way up to nervous symptoms, which could be permanent, Hern says. Some ectoparasiticides also precipitate the development of cancers later on in life."

It should also be noted that rhino horns are not properly "ivory" (as they are not teeth or tusks). Rhino horns are made of keratin.