Two false rumors combined do not make a truth. 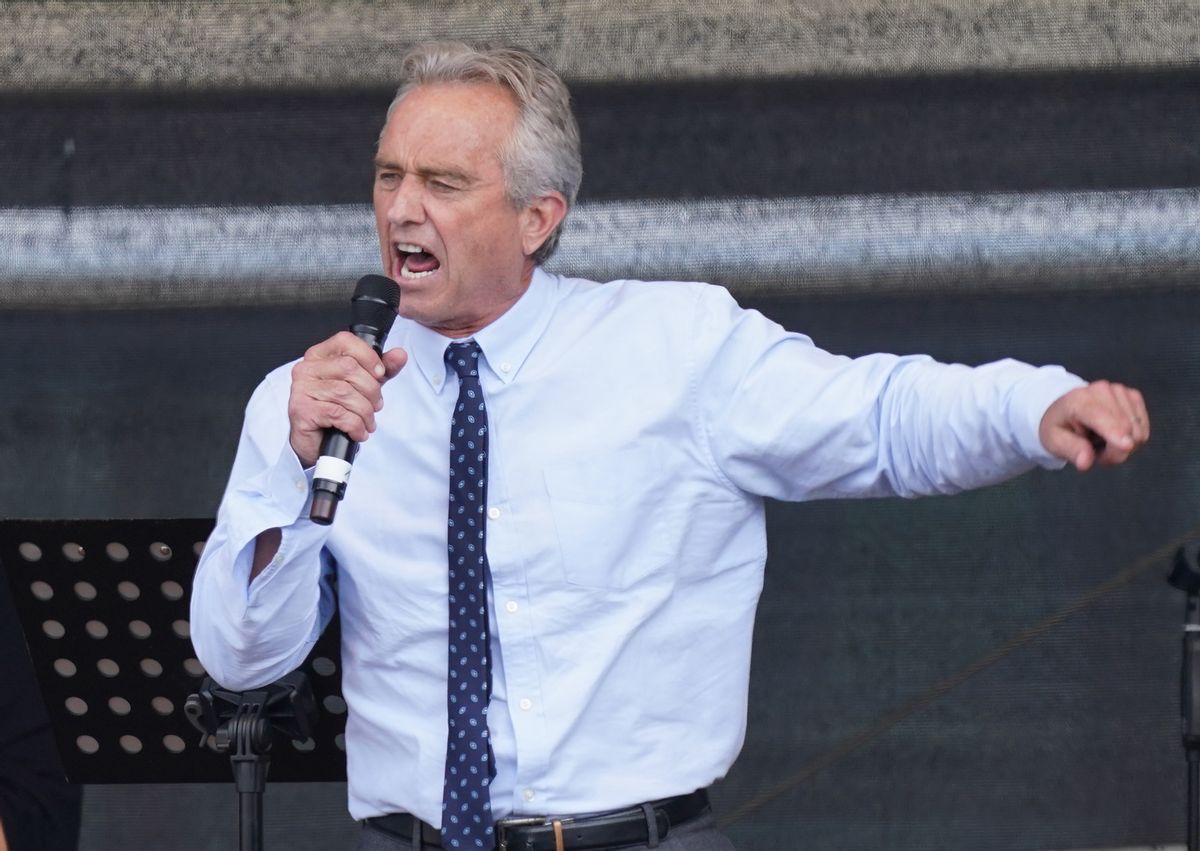 These posts, examples of copy-pasted social media text sometimes referred to as copypasta, generally begin with the same statement:

SUBJECT: A BIG VICTORY FOR FREEDOM IN THE UNITED STATES.

US infectious disease specialist Bill Gates, Fauci, and Big Pharma lost a US Supreme Court case, failing to prove all of their vaccines over the past 32 years were safe for the health of citizens!

The lawsuit was filed by a group of scientists led by Senator [sic] Kennedy.

Most, but not all, versions of this copypasta typically include a quote, purportedly from Robert F. Kennedy Jr,  about mRNA vaccines:

Robert F. Kennedy Jr.: “The new COVID vaccine must be avoided at all costs. I urgently draw your attention to important issues related to the next vaccination against Covid-19. For the first time in the history of vaccination, the so-called latest-generation mRNA vaccines directly interfere with the genetic material of the patient and therefore alter the individual genetic material, which is genetic manipulation, which was already prohibited and was previously considered to be a crime.

Kennedy, who has never been a senator, never made the above statement, nor did he win a Supreme Court case regarding "universal vaccination." Further, the Supreme Court has not appreciably "overturned" any vaccination precedent in over a century, and mRNA vaccines do not "alter an individual's genetic material."

In reality, these 2021 viral posts on social media are an amalgamation of misleading viral claims derived from an anti-vaccine group's 2018 settlement of a Freedom of Information Act (FOIA) lawsuit and from a bit of copypasta that went viral in October and November 2020.

The Supreme Court has never ruled on "universal vaccination." The Supreme Court's position on "compulsory vaccination" — the idea that a state has the power to compel vaccination through fines, civil penalties, or exclusion from certain public services like schools — was set well over a century ago and has not been "overturned."

In the 1905 case Jacobson v. Massachusetts, the Supreme Court ruled that, "It is within the police power of a State to enact a compulsory vaccination law." Even though it is old, as the Johns Hopkins School of Public Health explained in November 2020, "this continues to be the benchmark case on the state’s power to mandate vaccination."

The "lawsuit filed by a group of scientists led by … Kennedy" that allegedly demonstrated that the U.S government is "failing to prove all of their vaccines over the past 32 years were safe" refers to a case in the Southern District of New York between the anti-vaccine Informed Consent Action Network (ICAN) and the U.S Department of Health and Human Services (HHS) that was settled in 2018.

That case revolved around a FOIA request made by ICAN for congressionally mandated biennial safety reports about vaccines. Their FOIA search turned up no records, and ICAN — with Kennedy's help —  fought for a settlement in which the HHS stated that fact in writing. That case has been used to assert, falsely, that no safety testing on vaccines has been, or is being, completed. Regardless, it was not a Supreme Court case, and it did not overturn the Supreme Court precedent set in Jacobson v. Massachusetts.

'RFK Jr: The New COVID Vaccine Must Be Avoided at all Costs'

Kennedy has a long and well-documented history of making false and conspiratorial claims about vaccines. His Instagram page, which spread unhinged claims about 5G wireless technology, Bill Gates, and microchips, was banned in February 2020 for spreading vaccine misinformation.

That being said, the quote from Kennedy is apocryphal. It first appeared in a copypasta post Snopes debunked in November 2020. With respect to the quote about how the vaccine should be avoided at all costs because "mRNA vaccines directly interfere with the genetic material of the patient and therefore alter the individual genetic material," Kennedy told us that:

"I never made those underlying assertions [in the viral post] and I don’t believe them to be factually accurate. … Many forums have reposted it and we have been playing whack-a-mole trying to get them to remove it."

In fact, mRNA vaccines, as we explained in our earlier fact check, do not alter a human's genetic code and are incapable of doing so, as the material injected is physically unable to cross into the nucleus of a cell. That article also covers several other false scientific claims sometimes included with the "Supreme Court overturned universal vaccination" post.

Because no statement in the viral hodgepodge of misinformation that went viral in March and April 2021 is factual, its assertion that Kennedy overturned a Supreme Court precedent regarding vaccines is "False."