Will Entering Your PIN in Reverse at an ATM Summon the Police?

Entering your PIN in reverse at any ATM will not automatically send an alarm to local police. The idea is nothing more than an unimplemented concept. 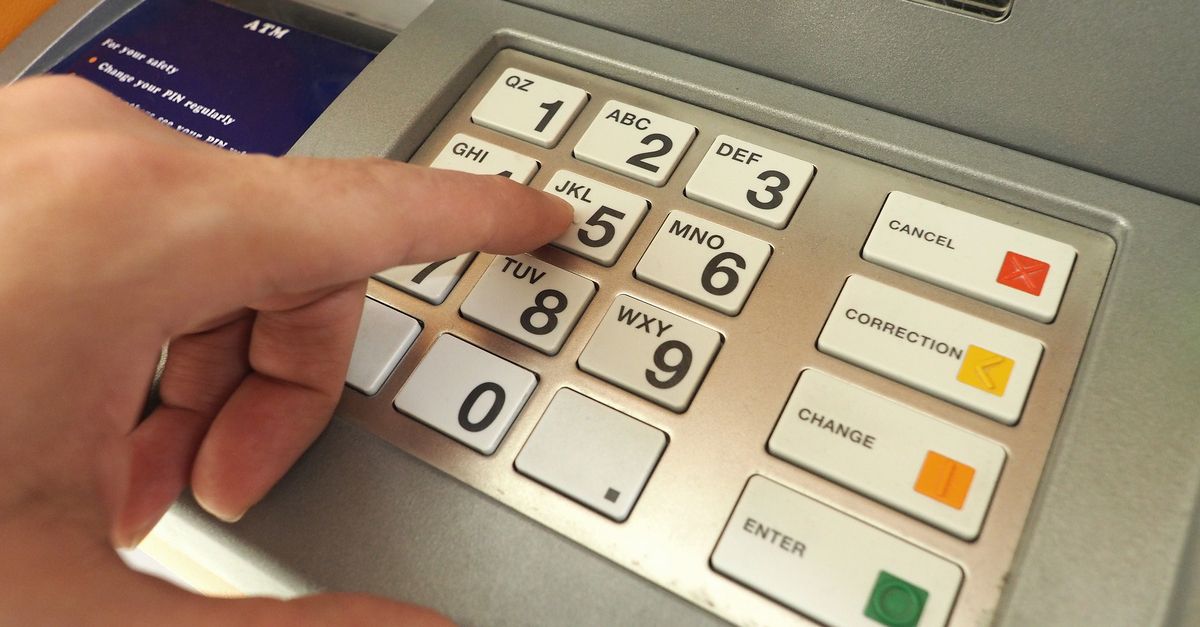 Claim:
Entering your PIN in reverse at any ATM will automatically summon the police.
Rating:

Messages offering a seemingly helpful heads-up about how to deal with a situation in which one is forced to hand over money withdrawn from an ATM under duress began circulating on the Internet in September 2006: I just found out that should you ever be forced to withdraw monies from an ATM machine, you can notify the police by entering your Pin # in reverse. The machine will still give you the monies you requested, but unknown to the robber, etc, the police will be immediately dispatched to help you.

The broadcast stated that this method of calling the police is very seldom used because people don't know it exist, and it might mean the difference between life and death. Hopefully, none of you will have to use this, but I wanted to pass it along just in case you hadn't heard of it. Please pass it along to everyone
possible.

If you should ever be forced by a robber to withdraw money from an ATM machine, you can notify the police by entering your PIN # in reverse.

The machine will still give you the money you requested, but unknown to the robber, the police will be immediately dispatched to help you.

This information was recently broadcast on CTV and it states that it is seldom used because people don't know it exists.

I checked with my Bank of Nova Scotia to see if this was correct and staff said yes this information is correct.

Please pass this along to everyone possible.

WHEN A THIEF FORCES YOU TO TAKE MONEY FROM THE ATM, DO NOT ARGUE OR RESIST, YOU MIGHT NOT KNOW WHAT HE OR SHE MIGHT DO TO YOU. WHAT YOU SHOULD DO IS TO PUNCH YOUR PIN IN THE REVERSE, I..E IF YOUR PIN IS 1254, YOU PUNCH 4521.

THE MOMENT YOU PUNCH IN THE REVERSE, THE MONEY WILL COME OUT BUT WILL BE STUCK INTO THE MACHINE HALF WAY OUT AND IT WILL ALERT THE POLICE WITHOUT THE NOTICE OF THE THIEF. EVERY ATM HAS IT; IT IS SPECIALLY MADE TO SIGNIFY DANGER AND HELP. NOT EVERYONE IS AWARE OF THIS.

FORWARD THIS TO ALL YOUR FRIENDS AND THOSE YOU CARE

However, the word "seemingly" applies in this case because the tip is only a chimera, as entering one's Personal Identification Number (PIN) in reverse at Automated Teller Machines (ATMs) does not automatically summon the police.

The Credit Card Accountability Responsibility and Disclosure Act of 2009 compelled the Federal Trade Commission to provide an analysis of any technology, either then currently available or under development, which would allow a distressed ATM user to send an electronic alert to a law enforcement agency. The following statements were made in the FTC's April 2010 report in response to that requirement:

FTC staff learned that emergency-PIN technologies have never been deployed at any ATMs.

Ergo, there aren't and haven't ever been "reverse PIN" technologies despite online claims dating to September 2006 that anyone being robbed at an ATM simply had to enter his or her PIN in reverse to summon help.

The available information suggests that emergency-PIN and alarm button devices: (1) may not halt or deter crimes to any significant extent; (2) may in some instances increase the danger to customers who are targeted by offenders and also lead to some false alarms (although the exact magnitude of these potential effects cannot be determined); and (3) may impose substantial implementation costs, although no formally derived cost estimates of implementing these technologies are currently available.

The reverse PIN system was first imagined in 1994 and patented in 1998 by Joseph Zingher, a Chicago businessman. His SafetyPIN System would alert police that a crime was in progress when a cardholder at an ATM keyed in the reverse of his personal identification numbers. The flip-flopped PIN would serve as a "panic code" that sent a silent alarm to police to notify them that an ATM customer was acting under duress. Because palindromic PINs (e.g., 2002, 7337, 4884) cannot be reversed, Zingher's system included work-arounds for such numeric combinations.

However, Zingher had little success in interesting the banking community in SafetyPIN despite his pitching it to them with great persistence over the years. He did in 2004 succeed in getting the Illinois General Assembly to adopt a "reverse PIN" clause in SB 562, but the final version of the bill watered down the wording so as to make banks' implementation of the system optional rather than mandatory: "A terminal operated in this State may be designed and programmed so that when a consumer enters his or her personal identification number in reverse order, the terminal automatically sends an alarm to the local law enforcement agency having jurisdiction over the terminal location."

In 2006, Michael Boyd pressed the Georgia State Assembly to pass a law requiring banks to create ATM panic codes that would operate the machines normally while also alerting police. His wife, Kimberly Boyd, was killed on 12 September 2005 after being carjacked by convicted sex offender Brian O'Neil Clark and forced to withdraw cash at an ATM. (She died when Clark crashed her SUV while being followed by a civilian who ultimately shot Clark to death afterwards.) Such a bill was placed before the Georgia Senate on 29 December 2005 (SB 379), but nothing came of it.

All this talk of various bills in three different state legislatures may serve to obscure some of the more important points attaching to this issue, points that are key to making up one's mind about whether having such a system in place is actually a good idea.

No one in the banking industry seems to want the technology. The banks argue against its implementation, not only on the basis of cost but also because they doubt such an alert would help anyone being coerced into making an ATM withdrawal. Even if police could be summoned via the keying of a special "alert" or "panic" code, they say, law enforcement would likely arrive long after victim and captor had departed. They have also warned of the very real possibility that victims' fumbling around while trying to trigger silent alarms could cause their captors to realize something was up and take those realizations out on their captives.

Finally, there is the problem of ATM customers' quickly conjuring up their accustomed PINs in reverse: Even in situations lacking added stress, mentally reconstructing one's PIN backwards is a difficult task for many people. Add to that difficulty the terror of being in the possession of a violent and armed person, and precious few victims might be able to come up with reversed PINs seamlessly enough to fool their captors into believing that everything was proceeding according to plan. As Chuck Stones of the Kansas Bankers Association said in 2004: "I'm not sure anyone here could remember their PIN numbers backward with a gun to their head."